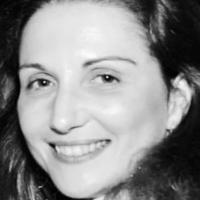 During the presidential campaign, candidate Macron formulated a number of proposals that aimed at strengthening the judiciary and improving both the access to justice and the organization of the judicial system.

Rather than applying this program straightaway, the government has entrusted experts with the task of suggesting the desirable evolution of the judiciary. Their findings were set out in reports that were prepared within the Chantiers de la justice project. These proposals helped to draft the 2018-2022 justice programming bill and the organic bill that accompanies it. Both have been presented to the Council of Ministers on 20 April 2018. Moreover, a constitutional reform has been announced on 4 April 2018 and should take the form of a bill, which will be presented to the Council of Ministers in May.

In addition to the measures announced during the campaign that are now taken – like simplifying and dematerializing judicial proceedings -, the bill also includes measures that did not appear in the candidate’s program – such as the creation of a national antiterrorist prosecutor’s office or the creation of a departmental criminal court. By contrast, a certain number of campaign commitments have not materialized so far – this is particularly the case with the reform of legal aid or the constitutional reform of the Conseil supérieur de la Magistrature.

The announced measures are not being very welcomed by a number of professionals who denounce a logic accused of being “too managerial” and devoted to efficiency. Legislating through ordinances (which do not require the Parliament’s approval) is also being criticized. Finally, professionals are worried about the dematerialization resulting from digitization.

Meanwhile, the digitization of judicial proceedings, as provided by the presidential program, appears difficult to achieve in the current state of investment and technical resources. In addition, the question of the numerous possibilities opened up by artificial intelligence will have to be addressed. All of these approaches should be accompanied by the education and training of all concerned stakeholders.

Candidate Macron defended the strengthening of the judiciary by a constitutional reform of the Conseil supérieur de la Magistrature (whose assent would thus be required for the appointment of a magistrate as a member of the Department of Public Prosecution) and by strengthening the prohibition for the Minister of Justice to give instructions to public prosecutors in individual cases.

He also advocated for the simplification of the justice system:

Finally, Emmanuel Macron planned to improve access to justice by creating a digital public service of justice, with a single portal of access based on the model of the French website for taxation impots.gouv.fr and by reforming legal aid.

In the field of criminal justice, Emmanuel Macron’s program focused on:

Finally, the candidate Macron presented avenues for enhanced cooperation between European courts and judicial services, which would be initiated by the Franco-German couple.

In October 2017 the government launched the Chantiers de la justice – its future work on justice – entrusted to renowned experts, around 5 topics:

These Chantiers’ conclusions, handed over in January 2018 to the Minister of Justice, have been used to feed the 2018-2022 justice programming bill and the accompanying organic bill. These laws have been presented to the Council of Ministers on 20 April 2018. Moreover, a constitutional reform has been announced on 4 April and should take the form of a bill, which will be presented to the Council of Ministers in the course of May.

This justice programming bill includes a number of reforms that are in accordance with Emmanuel Macron’s program.

Since Emmanuel Macron’s election, a number of reforms have been initiated, in accordance with his program.

In the field of civil justice:

In the field of criminal justice:

In addition, the reports drafted within the Chantiers de la justice framework led the government to provide for measures that were not necessarily considered during the campaign but are now included in the justice programming bill.

In the field of judiciary organization:

In the field of civil justice:

In the field of criminal justice:

In the field of administrative justice:

Concurrently, a number of measures announced by candidate Macron during the presidential campaign have not (yet) been realized.

Measures that have been announced but are not yet engaged:

Promises that have not been kept (yet):

Rather than immediately applying the campaign program, the government entrusted experts with the task of deciding on the desirable evolution of the judicial institution. This approach led it to engage in reforms consistent with the presidential program while taking into account reports delivered as a result of the work produced by the Chantiers de la justice.

The government has thus introduced in the justice programming bill, measures that were not included in the program: the departmental criminal court, the reform of the criminal procedure towards an extension of investigators’ prerogatives, diversion measures. These measures are not only justified by the wish for better organization and greater efficiency of the justice system, but also by the objective to save costs.

For the time being, the announced reforms are facing reluctance from a number of professionals, who fear that a logic that is too “managerial” and focused on efficiency will jeopardize the rights of litigants, be it in terms of access to justice or of rights of defence. It is certainly because of this resistance that the government has, for example, limited the reorganization of the justice system and committed not to close any jurisdiction.

Another source of tension is the method adopted: the justice programming bill includes several enabling provisions to legislate through ordinances (which do not require the Parliament’s approval).

Besides, the digital transformation, although appearing in the campaign program, generates skepticism among certain professionals, who see in the procedures’ dematerialization a reduction of the guarantees offered to litigants. It is also made difficult by the current state of equipment and the need to train all the actors of the judicial world.

Despite the government’s obvious concern to carry out the investments required to modernize the current equipment, the digital transformation announced by the presidential program appears difficult to achieve. It is necessary to make sure that the current tools whose further deployment is announced (Cassiopée in particular) have the necessary functionalities to achieve effective dematerialization of procedures (transmission and sharing of documents, transmission to different departments and jurisdictions). It is actually essential that the procedures’ dematerialization relies on a national digital platform, which would be accessible to all the involved jurisdictions and services, as well as attorneys. The tool should allow moving from paper mode to “everything digital”. As it stands, the issue of assessing the technical means necessary to ensure the dematerialization promised by the presidential program remains to be addressed.

Beyond the implementation of an effective dematerialization of procedures, the question of the possibilities offered by artificial intelligence will have to be considered. Both court offices and judges could benefit greatly from new technologies to automate simple and repetitive tasks, such as drafting acts and decisions. It will also be necessary to further clarify the conditions under which, at the time of the open data policy, the tremendous possibilities offered by mass data analysis tools could be exploited. Finally, the courts will have to consider the conditions under which they themselves could offer litigants the litigation services that are currently provided by Legaltechs. All these steps should be accompanied by the education and training of all concerned actors.

In addition, it would be desirable to provide the Court of Cassation with the means to become an actual Supreme Court that rules on the most serious matters. Finally, it will be necessary to consider an in-depth reform of legal aid, including its funding.