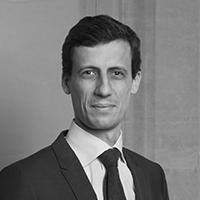 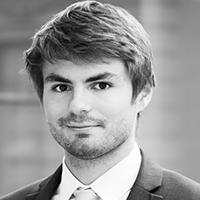 In January 2018, the government decided to invest 10 billion euros in a “fund for disruptive innovation”, thus fulfilling a campaign promise. Nevertheless, the fund’s operation methods have not yet been specified. It will be implemented within Bpifrance, the French public investment bank and ECA, and only the yields of the fixed assets (€200-300 million) will be invested every year.

The various tax measures targeting companies in Emmanuel Macron’s program were implemented with the Finance bill for 2018: trajectory of the decline in corporate tax, transformation of the CICE (tax credit for employment and competitiveness) into a permanent cut in payroll taxes in 2019, preservation of the Tax Credit for Research (CIR) and Innovation (CII), along with a structure for new innovative companies, Jeunes Entreprises Innovantes (JEI). However, none of the above seems specifically focused on industry.

The “Pacte” bill, which will be discussed in Spring 2018 in Parliament, must be one the pillars of the government’s economic policy. Its objective is to foster the growth of companies, in particular SMEs and intermediate-sized enterprises (ETI), as well as to associate employees to their success, through a set of tax and regulatory measures. While it will directly impact the industrial sector (41% of SME/ETI employees work in industry, according to Institut Montaigne’s report), this bill primarily targets the “business world” as a whole.

On 20 November 2017, Prime Minister Edouard Philippe launched the strengthened National Industry Council (CNI), with a tightened executive committee. Later, in February, he drew a list of 10 strategic sectors committees (CSF), the role of which is “to identify the sector’s key issues and the reciprocal commitments of both the State and the industrialists, to issue proposals for concrete actions and monitor their implementation”.

Presentation of the government's Industrial Strategy

The transformation of the tax credit for competitiveness and employment (CICE) into a reduction of contributions will result in an additional cost of approximately €20 billion in 2019 due to a double impact that year (CICE benefits for companies, on the wages paid in 2018, and implementation of the reduction in contributions). In subsequent years, the increase in companies’ operating income linked to the fall in contributions will generate profit for public finances.

The progressive reduction of the corporate tax (IS) rate from 33.33% to 25% will result in a €11.7 billion cost, to be borne by the State. This reform, provided for in the 2018 Finance Bill, will be implemented gradually. The cost for public finances will thus increase throughout the presidential term.

Candidate Emmanuel Macron lamented the industrial “haemorrhage” that has been hitting France for 20 years: according to the candidate’s campaign program, the French economy lost more than 900,000 industrial jobs and 45% of its export market share, “or twice as much as its German neighbor”. In particular, the network of SMEs and intermediate-sized enterprises (ETI) is much less developed in France (5,800), than in Germany (12,500), the United Kingdom (10,000) or Italy (8,000). However, 41% of the employed workforce are in industry, compared to 25% for all companies.
To halt this negative dynamic, Emmanuel Macron has committed to taking numerous measures to support the creation and growth of French businesses. Among these, tax measures (reduction of corporate tax, transformation of the CICE into a permanent cut in payroll taxes, unique flat-rate tax, preservation of the Tax Credit for Research (CIR), the Tax Credit for Innovation (CII), along with the Jeunes Entreprises Innovantes structure), an incentive to experiment as well as a reinforcement of European anti-dumping procedures. The creation of a €10 billion fund for industry and innovation, financed by “company shares owned in minority by the State”, was also announced in the candidate’s program.

Many of the measures with an economic impact proposed in Emmanuel Macron’s campaign program have been implemented, even though they have not targeted directly the industrial sector.

The preservation of the Tax Credit for Research (CIR) and the Tax Credit for Innovation (CII), although criticized (little effect on the filing of patents), was settled by the government. They were not questioned nor modified by the 2018 Finance Bill and the Minister of Economy and Finance, Bruno Le Maire, confirmed his desire to keep them as they are.

The transformation of the tax credit for employment and competitiveness (CICE) into a permanent cut in payroll taxes, scheduled for 2019, will start with a reduction of this tax credit down to 6% of the payroll, as of 2018. This measure intends to simplify the current system for companies by removing the declaratory mechanism of the CICE. Such a change will paradoxically lead to an increase in the corporate tax burden for companies. (see cost estimates in the key figures).

As expected, the government announced the investment of 10 billion euros in a “fund for disruptive innovation”. This fund will be implemented within Bpifrance, the French public investment bank and ECA, and will only invest the yields of the fixed assets (€200-300 million) every year. It will be formally established as a result of the “Pacte” law, aimed at helping the growth of SMEs and intermediate-sized enterprises (ETI). Nevertheless, its operation methods have not yet been clearly defined.

While supporting businesses was one of Macron’s key focuses, very few concrete steps were mentioned in his program. The strengthening of the National Council of Industry (CNI) to redefine sectors and give them a greater role had not been mentioned during the campaign. As a result, a new list of strategic committees of sectors (CSF) was constituted and 10 committees were set up on 26 February 2018.

It seems that the first steps taken in the industrial policy field since the beginning of the 5-year term correspond to the priorities put forward by candidate Macron during the presidential campaign. Nevertheless, all the announced measures seem to focus on businesses rather than on industry.
Will outdated formulas such as the strengthening of the CNI be sufficient for the emerging industrial revolution (3D printing, digitization, artificial intelligence…)? The report prepared by leading French mathematician and MP Cédric Villani, dedicated to artificial intelligence and released in late March 2018, is an interesting initiative but does not retain industry as one of the key axes of development in this area. The State must guide SMEs on the path of this industrial transition and encourage large companies to mobilize their resources. This involves mobilizing economic stakeholders along with local authorities, social partners, and vocational education and training actors.
Moreover, with regards to the State’s role as a shareholder, apart from the privatization program, which should help to finance the “fund for disruptive innovation”, no new vision has been given for sectors as strategic as defence or energy.

Few elements have so far been carried out by the executive regarding a possible European industrial policy, despite such policy being one of the major components of Emmanuel Macron’s campaign program. Such a measure could for instance be implemented thanks to the establishment of European control over foreign investments, in order to prevent both the relocation of companies considered as strategic, and the transfer of technologies to competing countries (China, Korea, etc.). This European strategy must also prevent all forms of dumping, whether it be fiscal (corporate tax), social (posted workers) or environmental (carbon price). Finally, the Minister of Economy and Finance Bruno Le Maire’s wish to endow the European Union with a common fund for disruptive innovation echoes the one developed in France with the future “Pacte” law. It is too early to know whether this bill, which will be debated in Parliament in Spring 2018, will efficiently meet the heavy expectations it raises.
The industry of the future, and in particular digital investments, can be an important lever to strengthen industry in France. To encourage it – especially within SMEs and Intermediate-sized  enterprises (ETI) -, one could imagine broadening the scope of the CIR and adapt it to the challenges of digital transformation, by creating the CIMENT (Tax Credit for the Modernization of Companies), as recommended by Institut Montaigne in its report. This would allow it to become a new generation tax credit, available to businesses of all sizes, including small and intermediate businesses.
This website uses cookies to enhance your user experience. By using our website, you agree with our use of cookies. More info here
Newsletter
Receive news each week from Institut Montaigne
Follow us