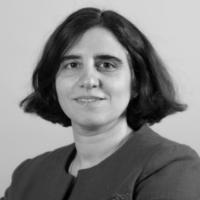 The context is characterised by a timid upswing – since 2016 – in the housing construction (+2.5% in 2018 according to the Fédération française du bâtiment, the French building Federation). This upswing should not mask the worrying imbalance between supply and demand that fuels a persistent property price inflation. The French housing policy remains complex and costly (€40 billion, namely 2% of GDP, compared to an EU average of 0.7%).

During the presidential campaign, Macron promoted a supply-shock principle in order to build more housing units, and the equal treatment in access to housing – for instance, housing construction for young adults and low-income households. One of the measures lies in exemptions from the local residence tax (taxe d’habitation), which are particularly costly for public finances and which are one of the key symbols of Macron’s fiscal policy in favor of the spending power of middle- and lower-income French people.

The Housing Strategy (stratégie logement) presented by the government in September 2017 aims to make public savings – with a budget reduction of 9.8% in 2018 – whilst improving housing supply with simplification measures and tax rebates. If the housing allowances (aides personnalisées au logement, known as “APL”) had to be remodelled, this reform does not entirely meet the imperative of expenditure reduction and does not meet the beneficiaries’ needs.

Consultation with housing, construction and development players to identify needs and proposals

Presentation of the housing strategy

Presentation of the Housing Bill

The reduction of personal housing grants (APL), decided on 1 October 2017, concerns all current beneficiaries, i.e. 6.5 million households. This decrease of €5 per month enables the State, which pays this aid, to save around €32.5 million per month and €390 million over a full year.

In the 2018 Finance Bill, a further reduction in personal housing grants was introduced in social housing. For the State, this represents savings of €1.5 billion.

Overall, the State will thus save around €2 billion in a full year.

During the presidential campaign, candidate Macron committed to:

After a consultation that took place last Summer, the government’s Housing Strategy was presented on 20 September 2017. This strategy develops  a rather classic approach to traditional topics: “Build more, better and cheaper; meet everyone’s needs; enhance the living environment.”

This Housing Strategy was followed by unprecedented and unexpected housing aids reductions, for most reflected in the 2018 Finance bill:

The plan made to enhance the attractiveness of medium-sized towns, which was presented by the Minister of the Cohesion among the Territories on 15 December 2017 but with no budget of its own, will be built thanks to the different partners’ contributions. In December 2017, the French State and Action Logement (a major player in French social housing) signed an agreement which foresees an envelope of €1.5 billion for the medium-sized towns plan, and plans to raise the urban renewal envelope to €10 billion.

Finally, following the debates which occurred during the consensus conference which was over in early February 2018, the drafted bill ÉLAN (Évolution du logement, de l’aménagement et du numérique) was presented to the Council of Ministers on 4 April 2018.

The major challenge the government had to face is linked to the gap between the strategy put forward and the measures implemented. Although there was no such indication in Emmanuel Macron’s program, the President decided, at an accelerated pace, to make budget cuts in housing – especially ones on social housing. This led to an important crisis, because the ill-prepared reduction in budget plan for 2018 ends up with an unstable system, which presents the risk of excluding households with the most modest resources from access to housing.

Focusing merely on a supply shock is a long-term vision that has to be reconciled with the evolution of French citizens’ incomes and with new needs by this horizon, which are related to separate living and population ageing.

The instability generated by the budget shock should not be underestimated. Nevertheless, it could be the opportunity to trigger structural measures in order to find a new balance for the housing chain and to reduce social and territorial inequalities.

In upcoming years, there will be a great expectation concerning reduction in housing costs because household budgets (€1.700 per household on average) are not extensible – and public budget isn’t either.

At the same time, new expectations will have to be satisfied: energy transition, high-speed cabling, diversification of family models, population ageing and resulting housing adaptations, in a context of demographic growth and urban concentration.

Over the past 20 years, the legislative logorrhoea on housing issues and urbanism has had counterproductive effects, which have increased prices and led citizens to lose trust.

The real risk of the future ÉLAN law (Évolution du logement, de l’aménagement et du numérique) on housing (and its 130 pages!) is to pursue too many goals, to take some trivial measures and to continue to create instability, when few but efficient reforms should be privileged, in order to:

In order to achieve this, the government will have to adopt a trust-based method, which will ensure a broad and continued dialogue with all concerned players.