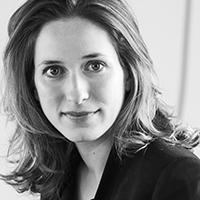 Candidate Macron committed to leading a “prevention revolution” and to deeply transform the French healthcare system towards more equity and better quality. The first year of Macron’s presidency has passed, and one must admit that health does not seem to be one of the government’s main priorities, as it is only marginally present in the reforms already implemented by the President.

However, actual healthcare reforms have not been achieved yet and it will take a few months before major changes can be initiated.

Presentation of the plan for equal access to care in regions

Adoption of the National Health Strategy

Launch of the National Conferences on Bioethics

Interministerial Committee for Health and Prevention

The Social Security Financing Bill for 2018 (LFSS) foresees an average increase of €1 per pack of cigarettes. The government expects this increase by nearly 13% for the year 2018 to generate €500 million in additional revenues, while the tobacco tax generated €11.5 billion in 2016. To justify this limited increase in revenues, the government insists on the smoking prevention measures that it intends to implement. However, if the commonly accepted effects of an increase in tobacco prices are taken into account, notably by the World Health Organisation (WHO), the additional revenues could be closer to €1 billion in 2018. This wide divergence lies in the appreciation of a high price elasticity of the demand for tobacco made by the government.

In terms of health, candidate Macron articulated his proposals around three main priorities:

Candidate Macron’s commitments were a step in the right direction. So were Minister of Health and Solidarity Agnès Buzyn’s declarations, who multiplied plans, strategies and concertations on several fronts. However, true health reforms have not yet been initiated.

A number of elements are significant: the adoption of the Social Security Financing Act in December 2017, which sets next year’s social security expenditure, with some noticeable articles including the one allowing for the development of telemedicine, or article 51, which provides for the financing of innovative organizational experiments and is raising many hopes across the health sector.

In the prevention sector, several important measures have been implemented, which should have positive consequences for public health:

The sanitary service for medicine students should start in September 2018 and involve young citizens (circa 50,000). To this day, there is still very little information about the success indicators of such a project.

In October 2017, a plan providing for equal access to care between all territories was presented by the government, strengthening existing measures without any major change. The French system is still characterized by an excessive recourse to hospitals and a disorganized primary care system. One might question the government’s ambition to actually place primary care at the heart of system.

The National Health Strategy presented in December 2017 for the period 2018-2022 has been defined following a consultation that lasted for several months. This strategy is based on four projects: prevention, inequalities, quality and relevance, and, finally, innovation. In March 2018, the prevention aspect has been detailed in 25 key measures by Prime Minister Edouard Philippe. Regarding inequalities in access to healthcare, the commitment to implement an out-of-pocket equal to null remains the most striking measure, alongside the Minister of Health and Solidarity’s announcement of a 4-month long dialogue, which should be over in June 2018.

A “Strategy for the Transformation of the French healthcare system” was announced in February 2018. This new strategy is very similar to the National Health Strategy, but it also tackles human resources, wellbeing at work for health workers and (yet another) consultation, the roadmap of which should be over before Summer 2018. On this occasion, a taskforce dedicated to the funding of hospitals has been set up, aiming to finalize its work by the end of 2019. Regarding the digital sphere, the Health Electronic Record will be generalized to the entire country, after years of hesitation.

Among different sectoral plans presented since the beginning of Macron’s 5-year term, the psychiatry plan (January 2018) can be mentioned. Psychiatry remains the most expensive disease for health insurance and represents a significant challenge for France, where 12 million citizens are concerned and where the quality of care is extremely poor. This plan includes the establishment of a mental health Strategic Committee headed by the Minister, an investment in child psychiatry and the reassessment of jobs.

The multiplication of announcements, strategies and consultations is likely to generate frustration among key healthcare stakeholders, especially given that the social and managerial context in hospitals is every day getting increasingly complicated.
Moreover, the French healthcare system’s budget, the expenditures of which represent every year more than 12% of GDP, remains a major challenge. Even if the deficit of the National Health Insurance has decreased from €8.6 billion in 2011 to €4.8 billion in 2016, this drop results from short-termist measures and will soon reach its limits. The last draft of the Social Security Financial Act (known as Projet de loi de financement de la Sécurité Sociale or PLFSS) confirmed that the current government is not ready to implement structural reforms. However, efficient measures exist to ensure the system’s sustainability on the long term, and to face ambitiously the challenges raised by an ageing population and the arrival of massive technological innovations.
Although health was a core topic in the 2017 presidential campaign – much more than it ever was during former campaigns -, it still fails to be a priority and is only marginally present in the reforms initiated by the President so far. Indeed, health is an extremely complex sector to reform, as corporatism, conflicting interests and strong defiance often hinders action. Especially since for the moment, there is no real awareness of the urgency to reform. In the meantime, there is a growing feeling of a deterioration of the healthcare system among the French population.

We will have to wait a few months to see whether the different plans and government announcements, which target priority issues, are followed by concrete measures.
Besides the announcements, four levers of transformation of the healthcare system must be mobilized:
This website uses cookies to enhance your user experience. By using our website, you agree with our use of cookies. More info here
Newsletter
Receive news each week from Institut Montaigne
Follow us