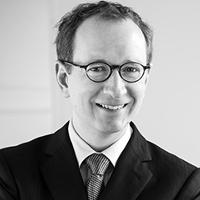 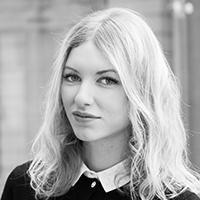 The twofold priority given to both primary school and higher education in the first year of the presidential term is consistent with candidate Macron’s campaign commitments.

The division of classes and the adoption of the “Orientation and Achievement of Students” law reflect a willingness to act: on the reduction of inequalities between pupils for the first, on the orientation and demography of students for the second.

However, there is still much to be done, especially for higher education, where the reform was not able to address the system’s two main issues: under-investment and a lack of real autonomy.

Regarding primary school, an in-depth review of the initial and continuous training for teachers is expected.

Presentation of the Student Plan

Launch of the "Parcoursup" admissions platform

Presentation of the project to reform the baccalaureate

Adoption of the “Orientation and Achievement of Students” law

Submission of a report on the future of vocational career paths

Law on orientation and school achievement

The 8 March 2018 law regarding students’ orientation and achievement transforms the access to higher education. It gives a more important role to the educational teams of lycées (upper secondary schools) in the orientation of future students and personalizes the entry into higher education according to students’ achievements. It also includes 3 measures with a significant financial impact: the creation of additional student places in struggling fields, the removal of the student social security contribution and the creation of a single “student life” contribution.

The removal of the student social security contribution for all students represents a cost of €414 million per year. In the absence of State compensation, this cost will be fully borne by the general social security scheme, which will provide benefits without any additional contribution.

If the capacity of existing facilities were to be insufficient, the construction of facilities for 22,000 pupils could represent an investment of approximately €420 million.

Moreover, the creation of a unique “student life” contribution represents a resource of €172 million. This resource will be used to finance actions covered by already existing contributions. However, the State could benefit from potential excess resources.

The “devoirs faits” (homework done) program could represent for the State budget between €180 million and €306 million per year. The actual amount will depend on the success the program meets with secondary school pupils and their families (this could reach 25% to 35% of pupils), as well as on the profile of the supervisors selected to tutor, be they teachers or volunteers from civil service of nonprofit organizations.

The division of classes of Year 7 (1st grade) and Year 8 (2nd grade) in two in REP (educational priority networks) and REP + (reinforced educational priority networks) should result in an increase of 14,379 classes of these levels’ number of classes. Just as many teachers will have to be mobilized to implement this system. The overall cost of the measure, which corresponds to the teachers’ payroll, is €503 million per year.

Reestablishing bilingual classes, European sections and the teaching of Classics

The reform of secondary schools (collèges) from the previous government, which suppressed bilingual classes and European or Oriental language sections, and reduced the number of hours devoted to the teaching of humanities, eliminated optional teaching hours, thus cutting some 1,300 jobs. Scrapping these teaching jobs represented a potential saving of approximately €49 million, under the hypothesis that there were no redeployment of staff (which nevertheless did take place in practice).

Consequently, in a reciprocal way, the cost of re-establishing these sectors should translate into a need for 1,300 additional jobs, which represents a payroll of around €49 million for the State. The redeployment of staff allowed to limit this cost in the same way that it helped to reduce the economy when secondary school was reformed.

Reestablishing bilingual classes, European sections and the teaching of Classics

The annual cost of reforming school time is around €1.35 billion. This amount has enabled to finance extracurricular activities in municipalities. The decree of 28 June 2017 allowed municipalities to choose between maintaining a week of 4 days and a half or returning to a 4-day long week as it used to be. More than 40% of municipalities have already chosen to return to the 4-day week. There should be over two thirds of them by September 2018.

This massive return to the 4-day week implies a financial gain for the State, which is thus able to reduce the resources allocated to the reform support fund. A general return to the 4-day week would imply a budgetary gain for the State of €373 million.
For local authorities, a general return to the pre-reform situation would allow a theoretical saving of around €842 million. However, French citizens seem attached to qualitative extracurricular activities. If financial savings are expected by the municipalities, they should not reach the maximum possible amount of €842 million but rather be at an intermediate level. In this regard, a survey led by the Association of Mayors of France (AMF) shows that the cost per student related to extracurricular activities is roughly the same whether or not the municipalities were to keep the 4-days -and-a-half long week or return to the 4-day week. As a result, budget savings could in some cases be nil.

Finally, the elimination of CNAF‘s dedicated allocation could save €100 million per year for social security.

Candidate Macron made education a top priority of his program. The measures proposed, from nursery to university, all had in common autonomy, the reduction of inequalities and enhanced support for students. The candidate then focused on two priorities: teaching fundamentals in kindergarten and primary school, and at the other end of the spectrum, the achievement of autonomy and the strengthening of the orientation in higher education. The question is already marked out: upstream, preventing inequalities by investing heavily in the first years of school, and downstream, ensuring the professional integration of students by insisting on their orientation, when both entering and leaving higher education.

Emmanuel Macron and education: arithmetic sequence with a common difference of 2

Education is undoubtedly one of the public policy fields where the President and his Ministers have been the most proactive. Concrete steps have been taken, in line with campaign priorities, and at a steady and consistent pace. However, let us not proclaim victory too fast. It is necessary to remain vigilant on some topics:

The movement initiated regarding primary education must be pursued. From the start of the next academic year, the division of Year 7 (1st grade) and Year 8 (2nd grade) classes in REP and REP + will take off. It is necessary to continue to focus our resources on the most disadvantaged so that the unbearable inequalities sheltered within our primary schools finally scale back.

Measures announced during the campaign on pedagogy and the introduction of digital technologies will have to be implemented. They must support an in-depth review of teachers’ initial and continuous training. It can no longer be the forsaken part of the education system, nor can it be based on a compromise of “low intensity” as it is today, i.e. an almost non-existent training, or one of mediocre quality, but set during teaching time. The principles regulating the major reform on continuous training for private sector employees should apply to teachers’ continuous training, thus placing this fundamental lever for personal evolution and career management in their own hands.

The right to experimentation and the evaluation of secondary schools are both top-priority projects requiring urgent action. Lycée (upper secondary school) pupils will be the first ones to experience the Baccalaureate reform, which aims to profoundly transform secondary education.

On higher education, priority goes to autonomy and evaluation. This time however, the target is full autonomy, not a managerial autonomy, which has proved so difficult to achieve since the 2007 reform. It is necessary to start an in-depth transformation of the Ministry of Higher Education and Research, the organization of which has hardly changed since 2007. It should concentrate its future actions on the reflection upon our higher education system’s strategic evolution, and deploy all of its missions within an evaluation agency – on the strengthened basis of the one that currently exists – and an agency for the allocation of funding. All other missions – including that of the famous school counselors – are no longer necessary.

Without financial autonomy particularly, our institutions will not be able to undertake the reforms necessary to their modernization and to the reinforcement of their attractivity. A promise of candidate Macron, “the diversification of funding sources” used by educational institutions will, first and foremost, come from tuition fees, especially when applied to non-EU students. The implementation of fair and flexible tuition fees adapted to each student’s contribution capacities and to each institution’s specific policy is mandatory for the sustainability of our system in the medium term.

Pedagogical autonomy must then allow each educational institution to overcome the current three-fold deficit on orientation, qualification and information.

Finally, French higher education – universities and schools – must build a much more ambitious policy on international attractiveness. France, relegated from the third to the fourth position in worldwide rankings on the welcoming of foreign students, is now behind the United States, Great Britain and Australia. In the latter, foreigners account for 25% of all students, and thanks to them, higher education has become a real export and competitive industry for the country. Food for thought.