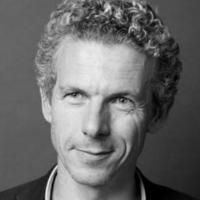 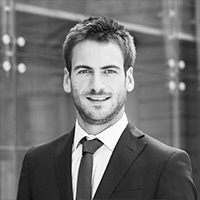 The French government regards digitization as a major lever for the transformation of the State and its economy. It is committed to placing France at the core of the European digital strategy.

Several strong signals have already been sent, such as the attachment of the Secretary of State for Digital to the Office of the Prime Minister, and the provision of funds to accelerate the digitization of the State and the healthcare system, as well as to improve digital coverage all over the country.

A clear assessment of the reforms remains premature since they are to be implemented on the long run and that, in consequence, there are no visible results to date.

These figures correspond to the government’s commitments. Thus, the amounts have not yet been fully mobilized.

Presentation of a dematerialization tool for administrative procedures

Presentation of the report on artificial intelligence by MP Cédric Villani

The improvement of the territory’s digital coverage relies on the deployment of fixed and mobile network infrastructures to foster new technologies and the digital economy.

Regarding fixed Internet coverage, the budget plans include the payment of the “French Very High-Speed Plan” for €1.8 billion over the presidential term. However, this expenditure is constrained: the Plan was almost entirely in place before 2017. These resources will make it possible to achieve the objective of very high-speed coverage throughout the country by 2022, but with only 70% of fibre to the subscriber (FttH). Reaching 100% of FttH (the “Gigabit Society” project) would require additional resources (between €1 and 2 billion), which are not currently included in the budget plan and have not been the subject of government commitments at this stage.

In terms of mobile coverage, at the end of 2017, operators committed to increasing their investments in order to improve the territory’s coverage. In return, the government has decided to stabilize the fee levels for the 900, 1,800 and 2,100 MHz frequency bands, and to create a new exemption measure from the flat-rate tax on network businesses (IFER) on radio stations to be installed over the next 5 years.

Estimated loss of revenue for the State budget: around €3 billion.

The French ambition for digital transformation, which was defended by candidate Macron, is coupled with a European ambition. Placing the digitization of society and public policies at the core of his program, he proposed to address several challenges:

1. A challenge regarding equality, by committing to cover the whole territory with very high-speed networks by the end of his term, while eliminating all areas without networks (also called “white zones”). The candidate also announced the implementation of a digital inclusion strategy.

2. An economic challenge, by achieving the digital transformation of French businesses, and by giving the digital economy a suitable regulatory and fiscal framework (development of a right to experiment, definition of a national strategy for artificial intelligence, adoption of a tax framework favoring innovation, creation of transparency instruments for the use of personal data).

4. A European challenge, by pursuing the development of the digital single market, the creation of European initiatives favoring innovation (setting up a European venture capital fund) and by increasing trust in digital technologies (setting up a European Digital Trust Agency). The renegotiation of the American Privacy Shield, to ensure the preservation of personal data, is also part of this term’s objectives.

Significant efforts have been made to reinforce territorial equality in the digital field, particularly by taking over the public policies that had been implemented during François Hollande’s term. To this end, agreements were signed on 14 January 2018 with the French regulator, the Authority for regulation of the electronic communications and postal sectors (ARCEP), and with French operators. The latter commit to sustaining, enlarging and improving network coverage. It is important to note, however, that it is impossible to bring very fast fiber optic solutions to all French people. Thus, the objective is to make up for the total lack of fiber in certain territories with 4G or 5G networks.

Progress has also been made to strengthen the development of a strong and innovative economy. The wealth tax (ISF) was abolished in January 2018, as announced, and replaced by a wealth tax on property (IFI). As a result, investment holding companies are no longer taxed, thus encouraging capital flows towards innovative companies. Emmanuel Macron also announced the launch of the French Tech Visa, on 15 June 2017, at the Viva Technology conference in Paris. This Visa’s goals is to simplify administrative procedures for founders of startups, talents wishing to join a startup, and foreign investors who wish to come to France. The Viva Technology conference also hosted the announcement of the creation of a fund worth €10 billion, to finance disruptive innovation, which was one of Macron’s major campaign commitments. The fund was opened on 15 January 2018, with a first transfer of €1.6 billion resulting from the sale of shares owned by the State for Engie and Renault. The fund was also granted with €8.4 billion worth of EDF and Thales shares. The State still owns these shares, and only their returns – which are expected to reach €200-300 million per year – will be invested in disruptive innovation, as is done in the endowment system of prestigious American universities like Stanford and Harvard.

In recent months, representatives of the Digital Secretariat of State also met with hundreds of business actors during the “Startup Tour”, the purpose of which was to identify obstacles faced by entrepreneurs. Some of the issues uncovered were the lack of understanding by small business owners of the transformative strategies available to their organization, as well as the difficulty in obtaining loans for intangible projects. There is also a desire for simplified administrative procedures. The government’s plan to encourage the digitization of SMEs and VSEs, to be unveiled in late April or early May, should offer concrete solutions to address these issues.

Among the avenues of reflection also lies the definition of a governmental strategy on artificial intelligence, which is another significant aspect of the government’s ambitions regarding the digital economy. Cédric Villani, a Fields Medal recipient and MP, was asked to produce a report on this matter. He made his conclusions and recommendations public on 29 March 2018. According to this report, four sectors should be the focus of the French economic and industrial effort in artificial intelligence: healthcare, transport, the environment, and security/defence. The report also calls for an open data policy in order to foster innovation, while advocating for the tightening of the conditions for transferring data outside of the European Union.

Emmanuel Macron then presented (also on 29 March 2018) a French strategy for artificial intelligence that largely reflected the priorities drawn by the Villani mission. He announced the allocation of €1.5 billion for the development of artificial intelligence, originating from the €10 billion fund dedicated to disruptive innovation. A national plan coordinated by the French Institute for Research in Computer Science and Automation (INRIA), will aim at setting up a network of 4 to 5 dedicated institutes, within university centers. The president also supported the open data policy, and called for the creation of an “IPCC of the AI”, whose mission would be to study the ethical impact of artificial intelligence developments.

Regarding the administration, the platform “demarches-simplifiees.fr” was put online on 1st March 2018, demonstrating a desire to go further in the administration’s digitization. This initiative is part of the “Big Investment Plan”, one of the priorities of which is to build a digital State, offering 100% of its administrative proceedings online (except the issuance of identity documents), which would allow a sustainable reduction in public spending by 2022.

The government’s announcements also demonstrate a strong will to digitize the healthcare system. Thus, €4.9 billion are made available in the “Big Investment Plan” to accelerate this process. The Plan’s objectives include modernizing hospital equipment and nursing homes in areas where medical staff is scarce, as well as supporting medical research.

Moreover, the Cyberdefense Strategic Review, which was published on 12 February 2018, informed the new military planning law, which was adopted on 27 March, for example on the role of telecom operators in the detection of cyberattacks and on the new power being granted to the National Cybersecurity Agency of France (ANSSI).

The government has demonstrated a strong will to move forward on all the challenges mentioned during the presidential campaign. The main difficulties encountered are related to a complex legacy in the digital field: unprepared administrations, the reluctance from certain regulatory bodies, a weak digital culture within State agencies, within French industries and among political representatives, as well as weaknesses within the national education system.

State initiatives have to face many regulatory bodies, which renders difficult their operationalization. A striking example is the government’s desire to digitize the healthcare system. For this effort to be successful, agencies which were until now functioning independently will have to get more coordinated: the French Data Protection Authority (CNIL), the French National Authority for Health (HAS), the National Health Insurance Cross-Schemes Information System (SNIIRAM), the French National Insurance Fund for Salaried Workers (CNAMTS)… This effort will therefore be a political one too. Moreover, a significant educational effort directed towards all civil agents should be engaged. Indeed, while the political will is clear, it is slowed down by an uncontestable inertia.

In Europe, France is struggling to sufficiently engage its partners with digital issues, especially given the tense political context (Germany, the United Kingdom and Italy in particular). On this point, the threat posed by the GAFA to European values, or the growing risk of cyberattacks which affect all European economic actors, could lead to enhanced political unity.

Overall, the government’s move towards digital acculturation seems to be under way and should be encouraged. Indeed, although its completion will be challenging, this move is a structural one, displaying a strong will to deeply transform both administrative systems and the political doctrine on this issue.

Much remains to be done to ensure the digitization of the State. While the management of passports and civil status documents and the payment of taxes offer satisfactory levels of service, the situation is very different for many other procedures. Thus, the visa management system is still not digitized and remains particularly bureaucratic. And while the process for delivering driving licenses is increasingly digitized, it proves to be chaotic.

The lack of a “strong” digital identification system in France that would be comparable to the systems we can retrieve in several European countries (Germany, Denmark, Italy…) is symptomatic. The government has just issued a mission letter to the administration to start working on that topic, long after most other European countries. This situation is illustrative of the government’s general situation regarding digital issues: although being proactive, it has to face a complex legacy, resulting in a degraded situation compared with other countries.

3 strategic axes should continue to guide this government’s action: