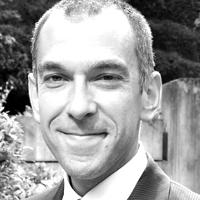 The historic defeat of the French Socialist Party, which governed France during the previous term (François Hollande), the presence of the extreme right-wing party, the National Front, in the second round of the presidential elections, the choice of a Prime Minister from the center-right, Edouard Philippe, and an opposition painstakingly embodied by the extreme left-wing party La France Insoumise and the right-wing party Les Républicains, are all elements fueling the reconfiguration of the French political landscape.

The new government intends to “moralise” public life, and in particular parliamentary life.

After the moralisation of politics, the reform of the Constitution, promoted by President Macron and presented by the Prime Minister on 4 April, could underscore a lasting institutional and political reform.

Emmanuel Macron's inauguration as President of the French Republic

Launch of the "Public Action 2022" program

The Prime Minister unveils the key points of the institutional reform

Removal of the “parliamentary reserve”

The 15 September 2017 law on confidence in public action stipulates the removal of the “parliamentary reserve”. This reserve, which stipulates State grants for MPs to award in their constituency as they see fit, represented €146.3 million in 2016.

However, compensation measures have been adopted within the framework of the 2018 Finance Bill, to mitigate the effect of removing this reserve, particularly for associations and local authorities via the contribution of €25 million from the fund dedicated to the development of civic organisations and the €50 million grant provided for in the rural territories equipment endowment (DETR).

Removal of the special Pension Plan for Members of Parliament

The removal of the special pension scheme for MPs was one of the President’s campaign promises. However, this is a measure that falls within the field of competence of the two chambers, and not of the law. Currently, only the National Assembly has changed its regime.

The measure on the alignment of the MPs’ pension scheme was adopted by the National Assembly Office on 8 November 2017 and was implemented on 1 January 2018. The new system is now similar to that of civil servants, both in terms of bases and of contribution rates. The pension eligibility age is also 62.

In its decision, the Office estimates the savings this measure will induce at €10 million per year, which will mainly benefit the National Assembly’s budget, which pays an annual balancing subsidy of around €40 million to the MPs’ pension scheme for €63 million of expenditures. However, the economy referred to is a very long-term economy, insofar as the development trajectory of the active population’s contributions has not changed in comparison with the previous situation, and the retirement conditions of the inactive population are unchanged, as are the previously acquired rights.

During the campaign, the transition from the Fifth to a Sixth Republic served as the cornerstone of some candidates’ agendas, such as Jean-Luc Mélenchon (La France Insoumise) or Benoît Hamon (Socialist Party). Macron was more moderate on this matter and advocated for a reform of institutions, combined with a renewal of the way power is exercised.

The renewal of the French Parliament was the first battle he decided to lead and included the reduction by 1/3 of the number of lawmakers, the introduction of a certain degree of proportional representation and the limitation of the possibility of holding multiple mandates over time.

Demonstrative of the importance of public ethics, the first two major statutes adopted within this presidential term aim to restore public trust in the political ecosystem. These laws reinforce the transparency of political funding, fight against conflicts of interests and provide a legal framework for “family employment”. The use of funds allocated to members of parliament was also reformed.

The approach promoted by a gender balanced and transpartisan government, more open to civil society, insists on exemplariness, collegiality and efficiency. By narrowing ministerial cabinets’ staff, by relying on civil service directors whose jobs are individually confirmed, and by naming for the first time common advisors to both heads of the executive power, the government’s activity must become more fluid.

President Macron’s determination and the clarity of his vision for French institutions seem to have helped him overcome all obstacles. The opposition the French government faces is both divided internally and regarding its stance towards the presidential party (La République en Marche). In contrast, the French government shows a coherent image of resolute apoliticism and carefully strives to reform the country. Even at full capacity, French institutions in their current state may not be sufficient – as demonstrates President Macron’s use of ordinances to reform the labor market and the SNCF (France’s national state-owned railway company). These ordinances are the very symbol of a technocratic version of what the French call “dirigisme”, a form of control, anxious for efficiency, and which struggles to accommodate with democratic deliberations – even though these deliberations take place within the Parliament, where the presidential party (La République en Marche) holds the majority. It would only be logical that French institutions and the democratic system be themselves subject to mutations.

In fact, these are the stakes underlying the institutional reform. In order to render the parliamentary debate more “efficient”, it “frames” the right to amend (limiting amendments lacking normative scope or without direct links to the bill). It also limits the amount of time to adopt the budget bill and laws regarding social security, hoping that more time will be dedicated to the assessment of government action.

The most important and most difficult endeavor is yet to come: the amendment of the Constitution and the legislation which implements it, on the year of the Constitution’s 60th anniversary. Reducing the number of members of parliament by 30%, limiting mandates to three consecutive terms, allowing for the election based on proportional representation of 15% of the MPs from the 2022 parliamentary elections onwards, and increasingly streamlining the parliamentary procedure would jointly sustainably transform the manufacturing of politics.

Besides, the abolition of former French Presidents’ right to automatically become members of the Constitutional Council, added to the reform of the Conseil supérieur de la magistrature (High Council of the Judiciary) and the suppression of the Cour de Justice de la République (Law Court of the Republic), would significantly renew the French jurisdictional authority.

Last but not least, the mention of Corsica in the Constitution, which was decided in February, and the special status it has been granted, as well as the possibility given to local authorities to adopt measures adapted to their specific situations, represent a change in the current French territorial organization and a new step towards decentralization.

The Senate is opposed to the new fast track procedure in case of discord between the houses of parliament that would eliminate the Senate’s new reading of the bill. In order to counter a potential obstruction, President Macron could submit his constitutional reform project to a Referendum, a procedure allowed by Article 11 of the French Constitution. A sign that the country’s modernization is in the end not so far off from the founding practices of the Fifth Republic.