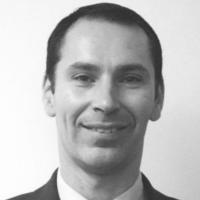 The objective to achieve 2% of GDP on defence by 2025 has been reaffirmed by President Macron, in spite of a controversy on the means of defence last summer.

The rekindling of the “Europe of Defence”, part of Macron’s agenda for a “Europe that protects”, continues to be defended by France, as illustrated by the establishment of both a Permanent Structured Cooperation (PESCO) and a European Defence Fund.

A compulsory civic service is to be restored, but its definition as well as its budgetary cost have not yet been specified.

The 2019-2025 Act on Military Programming, adopted at first reading in the National Assembly on 27 March 2018, provides for a substantial increase of the resources devoted to defence. The goal is that this sector be allocated 2% of GDP by 2025. From 2018 onwards, additional resources are planned for defence, for expenses of €2 billion compared to the level of 2017. Over the period covered by the Act on Military Programming (2019-2025), an additional €71 billion would be spent cumulatively, compared to a scenario in which the amount of the 2017 expenditure were to be stabilized over the period (€73 billion if we take into account the increment made in 2018). In 2025, defence expenditure would reach €50 billion, that is €18 billion more than in 2017, thus reaching the 2% GDP threshold.

The modernization of the defence tool is part of a Strategic Review of Defence and National Security, coordinated by MEP Arnaud Danjean, specialist in defence issues. It was released on 13 October 2017. This exercise, less binding than the drafting of a new White Paper, as in 2008 and 2013, sets France’s defence and security strategy within the context of an updated strategic analysis with surrounding risks and threats.

The Strategic Review is a continuation of the White Papers whereby it does not provide innovative elements. However, it stresses the importance of the concept of “strategic autonomy”, at the domestic level (which must be able to act alone and unite its partners) as well as at the European level (this has been recognized for the first time in the EU Global Strategy adopted in June 2016 under the High Representative for Foreign Affairs and Security Policy authority). She says that alongside the Franco-German partnership within the EU, the Franco-British partnership since the Lancaster House agreements in 2010 will have to continue, as it remains essential. She advocates for the renewal of both the two air and maritime components of nuclear deterrence, whose budget must be significantly increased by 2025.

The French defence modernization is closely linked to the European ambition displayed by President Emmanuel Macron. There also, continuity prevails, since the “Europe of defence” has been revived by France and Germany, with the support of Spain and Italy, following the Brexit vote in June 2016. The launch in December 2017 of a “permanent structured cooperation” (a list of reinforced defence commitments) by 25 States, and the European Defence Fund proposed by the European Commission (a military research stream and an industrial development one), were already initiated before the election of the President. The latter brought his European ambition by emphasizing, in line with traditional French priorities, European strategic autonomy and the strengthening of Europe’s military operational ambitions. To this end, he proposed in the speech he pronounced at the Sorbonne, a “European intervention initiative”, whose contours has not yet been defined.

The Strategic Review does not mention the “universal national service” proposed by the candidate during his campaign (in a Republican and social ambition), particularly because this service is not intended to be solely military. Despite the administration’s reluctance and a parliamentary report favoring young people’s introduction to defence and citizenship rather than compulsory civic service, the President has indicated his preference for a mandatory service of 3 to 6 months (which will apply to both boys and girls) and a commission is in charge of clarifying the contours by the end of April 2018.

The first difficulty is of a budgetary nature.

In a context of constrained public finances, it was difficult for the new executive to spare the defence budget from fiscal measures that were restrictive. This provoked a major controversy following the resignation of former Army Chief of Staff, Pierre de Villiers, in July 2017. This episode had a paradoxical effect, as it led the President to reaffirm his campaign budget commitments and to strongly demonstrate his attachment to the armies (for example, he visited the troops in Mali on Christmas eve in 2017, and he pronounced vows for the armies in Toulon in January 2018). The commitment to increase the defence budget to 2% of GDP, which is part of the NATO framework designed at the 2014 Wales Summit, has been reaffirmed. Nevertheless, despite a very significant effort undertaken during the current 5-year period, which will not be easy to maintain in the current difficult context of France’s public finances, a large part of the increase in the defence budget is referred to the following 5-year period (2022-2025). In addition, the Act on Military Programming, which was voted, provides that the cost of external operations will henceforth be borne by the Ministry of the Armed Forces.

The budgetary variable will undoubtedly be important in the definition of the future “universal national service”. The various figures from back during the campaign have indeed shown that such a device could be very expensive.

The second difficulty is the commitment of France’s European partners in a “Europe of defence”. Of course, it may benefit from a positive dynamic in the extension of the Brexit and an American attitude encouraging Europeans to take charge of their security. But France finds it hard to convince its partners to develop both the EU’s operational ambitions and military intervention capabilities.

The launch of the European Fund for Defence will be very useful to promote military cooperation, to achieve economies of scale in European defence spending, to strengthen the industrial and technological defence base at the European level. New European funding will have to combine European resources (managed by the European Commission) and intergovernmental action through the European Defence Agency, in order to create a synergy between Member-States and the European Commission to develop joint capability projects.

The “Permanent Structured Cooperation” is more disappointing. Far from forming an ambitious “Schengen of defence”, it has been largely diluted because of its very wide participation (only the United Kingdom, Denmark and Malta are not part of it); its orientation focuses essentially on capabilities (allowing the achievements of common capability projects), and Paris has not really managed to train its partners in a robust and ambitious operational vision.

Significantly, the recovery agenda for a “Europe of Defence” is accompanied by a civilian component that remains the priority of a number of partners, particularly in Northern Europe (draft pact on security policy and civil defence).

Other campaign proposals (the creation of a European Security Council and European Operational Headquarters, the activation of “European Battle Groups”) or proposals that were made later (European Intervention Initiative) are also unachieved, to date.

The first priority will be to honor the budget promises to enable the modernization of the armed forces following the objectives of the Act on Military Programming.

The second priority will be to proceed with the deepening of the “Europe of defence”, with a triple challenge: