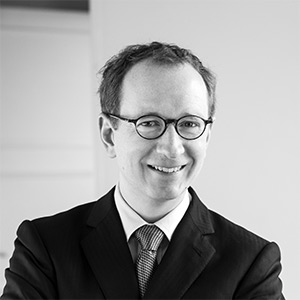 The yellow vest movement held its fifth day of rally on Saturday, 15 December. Smaller than during previous demonstrations, it is animated by several internal divisions, caused by the recent announcements of the French President: should we continue the protests? Are the decisions of the executive sufficient? Laurent Bigorgne, director of the Institut Montaigne, analyses this movement and the way Emmanuel Macron directly addressed the French during his television address.

Increase in the minimum wage, partial cancellation of the General Social Contribution (CSG) increase, tax-free overtime, etc. Have the measures announced by President Emmanuel Macron finally helped to calm the anger of the "yellow vests"? And are they realistic?

Saturday 5 December saw less violence and far fewer people on the streets... This decline does not prejudge the future, nor a possible resumption of the movement after the holidays. Nevertheless, we have the feeling that the government wants to respond to the challenges of the "yellow vests", as demonstrates the Prime Minister's openness to the “Citizens' initiative referendum” after the President spoke last week.

It is obviously still a little early to know how public opinion and the "yellow vests" - let us distinguish between the two categories - will react. First, the "yellow vests" are neither well known, not well identified. They are not well known because we do not have the necessary hindsight. They are not well identified because there is confusion between what is happening on the street (and not everything is of the same type, from the undeclared demonstration of the extreme left at the Saint-Lazare station on Saturday - a real attempt at political recovery - to the meeting of dissatisfied individuals on the Champs Elysées) and the sympathy of a portion of public opinion. Olivier Duhamel mentioned on this blog a few days ago that sympathy is not equivalent to support, nor to adherence, nor even to voting intention.

We have the feeling that the government wants to respond to the challenges of the "yellow vests", as demonstrates the Prime Minister's openness to the “Citizens' initiative referendum” after the President spoke last week.

This is not to deny nor even minimize the movement, but it is necessary to be able to analyze one of the reasons for its media success. This is where violence has played an important role, since it has been the driving force behind the double instrumentalization that has fueled the phenomenon in recent weeks. The movement has been instrumentalized by anti-Republican forces of the extreme left, the extreme right, by thieves - and therefore thugs - and these three categories of groups attack city centres, terrorize, and carry out massive thefts or damage to public and private property. They exploit the movement, which is in a way a "human shield" for their criminal activities. And I refer to a double or reciprocal instrumentalization, because the movement itself, in a perfectly cynical way and of course without anyone assuming responsibility, is using this situation and the violence of these groups to impress the public authorities, while telling them "I had nothing to do with it".

One month in, this movement is not structured, and does not seem to want to structure itself, in the sense that each time a leader appears to emerge, immediately he or she reveals that they are being pressured or threatened with violence, causing them to withdraw. When "yellow vests" appear on television sets, we discover most of the time that they have a past, generally rooted in the extremes. For some it is that of student unionists, for others it is numerous traces left on social networks of belonging to extreme left, or more often identity-based, movements.

In this context, there are many attempts at instrumentalization by political forces that have lost control, such as the far left wing party La France Insoumise or a part of the left. The National Rally, the far right wing party, is doing better. A poll conducted on 5 and 6 December revealed that if the European elections were to be held now, with a list of "yellow jackets", Macron’s majority party La République En Marche would receive a respectable 21%, the National Rally would resist but would lose 3 points, just like La France Insoumise (this party finishing with less than 10%, behind LREM, the NR, Europe Ecology - The Greens and the "yellow jackets").

Does this constitute a change of course in the policy pursued over the past two years? Do the contradictions within the government herald a forced reshuffle?

In an attempt to regain control, President Macron wanted to show a change of stance and a form of openness towards demands which, it is true, have seduced the hearts of the French, who have been complaining about the tax burden that has been weighing on them for a very long time (we know that today it is among the most onerous in the OECD and the EU). This was already the case in 2012, with the tax increases decided by François Hollande. In fact, the problem comes from there: since 2012, public opinion has rightly considered itself the victim of a tax policy that stifles households and businesses.

The President wished to address the public beyond the "yellow vests" in order to re-establish the link that is that of a President with the French people. The first indicators available today show a first turnaround in public opinion, even if it continues to be the subject of strong sympathy. Is this the effect of the government response? Are people tired? Is it the proximity to holidays? There has been no regrouping with the demands of the high school students (unclear and expressed very violently), nor of the university students (in this case, the student unions, reduced to very little, try to exist without really succeeding).

We are in a situation marked both by violence in urban areas and by the weariness of an increasing number of French people with regard to an extraordinarily worrying cycle of violence, started in recent weeks and fueled by social networks, the continuous media and extremist political strategies. The reality is that in this exceptional situation, all citizens who care about the Republic agreed on the need to renew the dialogue - a gesture was expected from the President, and it took place.

He also had to demonstrate that he was ready to resume the dialogue on the substance with a double requirement: the first, not to further deteriorate the competitiveness of the French economy; the second, to remain in line with its European commitment, at a time when we are clearly being scrutinized by our partner countries, which are wondering whether or not we will meet our commitments over time, particularly in terms of public finances... It is clear, for the moment, that we will probably exceed the 3% deficit threshold in 2019, which is not good news.

It is clear, for the moment, that we will probably exceed the 3% deficit threshold in 2019, which is not good news.

Two questions then arise, and this is why there is not really any change in his economic policy: will the President be able to start a policy of reducing public spending and thus reforming the models of social protection and public spending, on the one hand? And will he be able to explain the French situation to other European states, on the other hand? I think he has two assets to do so. The first is that everyone has seen that the groundswell we are facing is not only French: it is Italian, Belgian, American, British and even German in some respects. None of our European partners would want the situation in France to deteriorate to the point of contaminating other European countries. My deep conviction is that, unless it is in extraordinary bad faith, most European leaders will be grateful to President Macron for having put an end to this protest movement. That is the first reason

The second is that the governments watching us, and Brussels, are sufficiently aware of the French budgetary situation to know that 2019 is a year of double counting of the CICE tax credit and the adjustment of the reduction of charges. This double accounting, or double burden, will create jobs and growth: it will offer margins to companies, and yesterday President Macron took great care not to go back on either the measures to reduce corporate taxation (note, however, that the Prime Minister indicated a postponement of the reduction in the corporate tax rate), or on the measures to reduce capital taxation.

23 million people followed the President's speech last week. The fact that ministers, in real time, were not aware of the arbitrations that were made between the Elysée, the Prime Minister’s cabinet and the Finance Ministry on what the President's measures would be, is not, in my view, shocking in light of the current circumstances.

There were many, albeit under-developed, non-budgetary themes in the President's speech. Can the yellow vest crisis upset the order of priority of future reforms? Can we regret that some themes have not been sufficiently developed?

It's too early to tell. What is certain is that the problem of the rural areas, of those who today consider themselves left behind by globalization, growth opportunities, digital transformation... have somehow or other been put back on the agenda, which is a good thing. It is fortunate because, as the President said in his interview, he has managed to offend, as he acknowledges, he also, to some extent, forgot what the priorities of a government that, in the logic of the Republic, must defend the weakest should be.

It seems to me that we must trust political leaders, whether in government, in the Assembly or elsewhere, to remember from now on that the cohesion of the Nation enables its prosperity, and that its prosperity enables its cohesion. One cannot go without the other. This is what we are working on on a daily basis at Institut Montaigne. Cohesion through growth, growth through cohesion.

So there will undoubtedly, I hope, be an effort of expression, pedagogy and method in the coming months. This effort would be the only guarantee of a return to order, civil peace and greater cohesion. On the substance, I am convinced that in the various reforms that will be envisaged, two things must be emphasized: the reduction of expenditure, which is the only way to reduce taxation without weighing on deficits and therefore on the future of our children; and a profound reform of public action, which has been delayed for too long. In a way, it was the somewhat unthinking work in progress at the beginning of this five-year period, the poorly assumed part of Emmanuel Macron’s program. CAP22, the government's wide-ranging public-spending review, tasked with proposing a clear plan for reforming public services, was a missed opportunity. There are proposals that have been achieved, but CAP22 should have been a major improvement. It has been on some fronts. This is what must be achieved and the debate is now at the heart of everyone's concerns.

See also
Social Issues
A Few Things We Know About the 'Gilets Jaunes' Movement
INTERVIEW | 27 November 2018 | Olivier Duhamel
The unprecedented social movement known as the "gilets jaunes" (yellow vests) remains difficult to fully grasp. Let us start by discarding a few analogies sometimes referred to, which, far from helping us analyze the movement, rather tend to blur our understanding of it. When faced with the...
Next
Social Issues
What Future for the Yellow Vests?
Trois Questions à Marc Lazar
INTERVIEW | 10 December 2018 | Marc Lazar
For more than a month now, Yellow Vests have been in the spotlight, undermining the French government and thus forcing it to react. How can we explain this movement, which is not linked to any political party and which apparently brings together people from all sides? How can this movement, which...
Next