What it Would Take for the Demographic Transition to Succeed 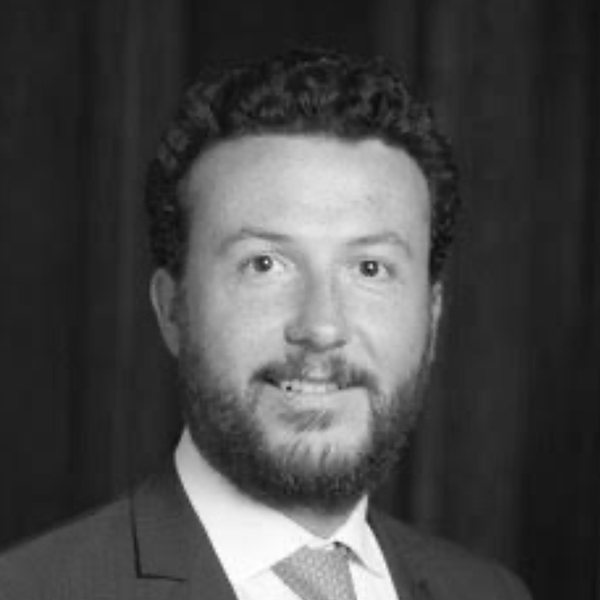 Resulting from an overall increase in life expectancy over the age of 65, population aging is a global phenomenon. In the European Union, people aged 65 or over represent 19.7% of the population, compared to 16.2% 15 years ago. However, ensuring the healthy aging of our populations will remain a challenge in the coming years. Although it has increased by a little over a year in the last decade, there is still room for improvement: at the age of 65, a French woman can expect to live for another 23.2 years, but on average she will live without disability for only 11.2 years. In comparison, in Sweden, women can expect to live on average 17 years after the age of 65 without disability. Consequently, population aging raises major questions about how we should adapt care and prevention systems within our society. Institut Montaigne has just published a report titled "Bien-vieillir: faire mûrir nos ambitions" (Healthy Aging: Maturing Ambitions), which puts forward recommendations for making this demographic transition a success.

People in OECD countries have gained, on average, 10 years of life expectancy since the 1970s. The question is: are our health systems allowing for the best use of these additional years? In many countries, this is not yet the case.

Population aging raises major societal questions: How can we effectively deal with individuals’ loss of autonomy? How can we adapt cities to the needs of older people? How can we improve the well-being (or meet the needs) of family carers, who often provide most of the assistance needed by older people? What role should the older people have; how can we help them remain an active part of our societies? How can we finance the years after retirement, especially for the period when individuals are no longer robust? How appropriate and effective are the solutions currently available?

These questions are addressed by a large body of international research, from a wide range of disciplines: geriatrics, epidemiology, public health, economics, management, political science and sociology. This affords us a fairly clear understanding of the issues. We know that loss of autonomy in older populations is often a very progressive process, and can be prevented. The markers of aging are well identified: loss of muscle mass (sarcopenia), reduction in walking speed, nutritional problems, and so on. We know that poverty, lack of education, and withdrawal are major determinants of disability risks. The consequences of loss of autonomy are also better understood: we know that frail older people often are "high needs and high costs" patients, and that for the most part their needs are met by informal caregivers networks.

These issues have a major impact on families. In France, as in many countries, informal caregivers are the main care providers for frail older people. This often creates imbalances between family members, particularly with siblings of different genders, as carers are usually women who make significant professional sacrifices to look after their relatives. Working carers generally experience loss of income due to reduced working hours or shortened careers. This is in addition to the (sometimes very heavy) psychological burden associated with the role, as carers often sacrifice their own leisure activities and are more likely to suffer from depression, among other issues. There are also significant inequalities between families, as wealthier households are better able to employ private professional help to relieve family carers.

In the face of these challenges, France, like the majority of OECD countries, has chosen to promote healthy aging policies, which aim to effectively prevent loss of autonomy, provide assistance that is centered around people’s interests, mobilize new technologies to identify needs and monitor diminution of autonomy, and counter social isolation. In many respects, France is among the most advanced countries. For example, it is a pioneer in detecting loss of autonomy and is one of the OECD countries that devotes the largest share of its GDP (2.4%) to long-term care. Nevertheless, a broader international comparison reveals several shortcomings within the French system.

One important point is that public assistance in France does not focus enough on individuals’ interests. Compared to several OECD countries, French public assistance is less generous in covering at-home as opposed to institutional care, even though older persons typically prefer to age at home.

French public assistance is less generous in covering at-home as opposed to institutional care, even though older persons typically prefer to age at home.

What is more, the services provided to more frail older persons are usually intended to take over performance of the daily tasks they find difficult, whereas examples from Canada and the Nordic countries show that it is more efficient (less costly and more beneficial to their wellbeing) to finance reablement services, teaching frail older people different ways of performing tasks that are important to them. These services are often better when it comes to meeting the expectations of more frail people.

Secondly, ineffective spending and waste in the French long-term care system remain important issues, and there is a need to tackle the issue of low-value long-term care. France spends almost 75% of its total long-term care expenditure on medical care, but does not always ensure the valueof the services that are being funded. For outpatient care alone, frail (but non-dependent) people spend €1,500 more each year than robust people. Is all this medical expenditure necessary? Does it really improve their quality of life? Shouldn’t a larger portion of the budget be dedicated to social spending, which better meets the needs of frail people?

Finally, there is still much more to be done to improve the way care for the frail older people is organized. In France, as in most OECD countries, the provision of care remains very fragmented. The work of the many professionals involved with frail people (domestic help, home delivery of meals, nurses, doctors, etc.) is often poorly coordinated and not well integrated. As a result, it is a complex exercise for families to manage an individual’s loss of autonomy, which sometimes leads to suboptimal decisions, such as requiring them to leave home too early. Several other countries, the Nordic countries and the Netherlands among them, have successfully deployed platforms for sharing information between professionals and families, as well as between independent professionals and those in institutions or hospitals. Systems like this can help avoid redundant, inappropriate, or unnecessary expenditure, as well as costly events that may lead to dependency, such as emergency hospitalizations.

Healthy aging: an urgent priority for all OECD countries

International comparisons show that when it comes to implementing healthy aging policies, the most advanced countries (Japan, Canada, the Netherlands, Norway) have significantly developed their human and technological resources.

Like most OECD countries, France needs to increase its long-term care workforce. The population’s aging is creating new needs, and requires the development of more comprehensive home care options that are better coordinated around older persons and better integrated into a comprehensive management of their needs. It is essential to increase the availability of care services through massive recruitments in the sector. In fact, it is an absolute priority, given that needs directly linked to the aging of the French population are expected to increase, as is the risk of a shortage of family assistance. France is lagging far behind in this area: the number of workers in the sector is half the OECD average. The most effective way to attract new workers and retain the existing workforce would be to increase wages. Improving working conditions is critical too, as care work is difficult and often has a detrimental impact on professionals’ health. There is also a need to improve worker training and create new jobs, in order to strengthen capacity in the sector.

New technologies provide interesting solutions to implementing an ambitious healthy aging policy. For example, artificial intelligence can provide additional ways to detect the risks of frailty in general populations. Moreover, algorithms have been developed within the French Health Data Hub to detect potentially inappropriate prescriptions in the frail population, or to predict the risk of falling.

It is essential to increase the availability of care services through massive recruitments in the sector.

The use of these algorithms could help care providers to prevent emergency hospitalization risks, and consequently reduce the risks of iatrogenic disability. Digital platforms could also be used to assess the quality of care individuals are receiving, where currently the choice of services is usually made based on word of mouth, raising sometimes quality and safety issues.

It’s not too late for a successful demographic transition

Effectively meeting the needs associated with loss of autonomy and making a success of the demographic transition that is upon us is still possible. But this requires a strong and certain awareness of the situation’s urgency on the part of decision-makers, as well as the implementation of a clear strategy. In recent years we have seen French governments take the measure of these challenges. Compared to other OECD countries, we have been able to provide significant resources to finance the older people’s needs, notably through the 2004 creation of the Caisse nationale de solidarité pour l’autonomie, and the financing of concrete prevention and support initiatives, such as the 2008-2012 Alzheimer’s plan. France is also one of the more recent countries to have initiated a long-term care reform, with the "Loi relative à l’adaptation de la société au vieillissement" in 2016.

It seems that the time has come to synchronize these initiatives by bringing together the various elements linked to the demographic transition in a Ministry for healthy aging, endowed with enough political weight to impose vast reform on the sector. The Covid-19 crisis has shown that our society is capable of making significant sacrifices in the interest of older populations. For over a year, their interests have been at the heart of public policy and government action. There is a risk that at the end of this crisis, these issues will fade out of government priorities, at exactly the moment when it is most necessary to implement reform. Several OECD countries have already seized the opportunity to do so. This is the case in the United States, for example, where the Biden Administration has announced massive investment in the sector ($400 billion over eight years).

See also
Healthcare
Does China’s Population Bust Herald Our Own?
ARTICLES | 26 May 2021 | Bruno Tertrais
There was a time when Western countries worried about the fast growth of Asian populations. Current trends indicate that we should start worrying about the opposite one - and that, more generally, we should begin thinking about what it would mean to have a planet with too few humans.  The...
Next
Le défi démographique : mythes et réalités
Publication - Juillet 2018
La question démographique est au cœur de toutes les grandes problématiques sociétales contemporaines et suscite fantasmes, interrogations et débats....
Next
SIGN UP FOR OUR NEWSLETTER
for a handpicked selection of analyses each week Yes please
Dossier |
Next
Publication -
Next
Santé
...
Next
Séminaire réservé exclusivement
à nos entreprises adhérentes
Restricted to
member companies
Next