What About the Union, Jack? 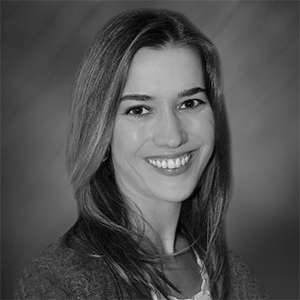 The UK’s relationship with the EU has never been unproblematic: Britain has historically shown reluctance towards the supranational and technocratic elements of the treaties. While most debates tend to focus on the stormy negotiations of the EU-UK divorce, Brexit will not only impact the European Union and its foundations but will also unquestionably alter the UK’s constitutional arrangements. Throughout her report Divided Kingdom: How Brexit is remaking the UK’s constitutional order, Amanda Sloat, Robert Bosch senior fellow in the Center on the United States and Europe at Brookings, expands on this idea. She will share below her analysis in light of the recent events unfolding across the Channel.

Prime Minister Boris Johnson sparked outrage by forcing the suspension of the UK Parliament on Wednesday 28th August. Why did his decision lead to public backlash?

It is standard procedure for the British Parliament to be prorogued – or suspended, enabling the government to end one legislative session and launch a new one. Most parliamentary sessions last for a year; the current one, which began after June 2017 elections, has been the longest in almost 400 years. Boris Johnson, who replaced Theresa May as prime minister in July, cited his desire to announce his own policy agenda.

However, the length, timing, and perceived intent of the suspension provoked outrage. Suspensions normally last a week and rarely more than two, whereas this one will be for five. It is occurring at one of the most sensitive moments in recent British history, with critics suggesting Johnson intended to limit parliament’s time to debate Brexit and to prevent it from blocking a no-deal exit. Yet in the waning hours before it was suspended, parliament adopted legislation to do just that. Johnson lost his governing majority in the process, as one Conservative MP defected and 21 were expelled for voting against the government.

Mid-October will be critical, with parliament reconvening on October 14 just days before the European Council meeting (October 17-18) and parliamentary-mandated deadline for Johnson to secure a deal, seek parliamentary approval for no deal, or ask the EU for an extension (October 19).

In what ways do you think Brexit has challenged and will continue to impact the UK’s devolution settlements?

My report, Divided Kingdom: How Brexit is remaking the UK’s constitutional order, argues that Brexit will alter not one but two unions: the European Union and the United Kingdom. With 62 percent of those in Scotland (including majorities in all districts) voting to remain in the European Union, Brexit has renewed debates about Scottish independence. Although voters in Scotland opted not to leave the UK in a 2014 referendum, Brexit makes the situation qualitatively different and could change some minds.

Northern Ireland was rarely mentioned during the 2016 Brexit referendum campaign, with 56% of voters there preferring to remain in the EU, but it has become the key obstacle to finalizing the divorce. Brexit debates have taken a toll on this post-conflict society, with widespread agreement there that a no-deal exit would pose political, economic, and security risks. The power-sharing executive, a key component of the Good Friday Agreement, collapsed in January 2017 after disagreement over a local scandal; repeated attempts to restore the government have failed. Given the complexity of a no-deal Brexit, London officials have discussed imposing direct rule of Northern Ireland to manage the consequences. There are increasing calls by nationalist leaders for a referendum on Irish unification, particularly if there is a no-deal Brexit that results in a border on the island.

At this point in time, if there is a way to avoid a no-deal Brexit, what could it be?

Although the British parliament has failed to agree on much when it comes to Brexit, it has made clear its opposition to leaving the EU without a deal. The Northern Ireland backstop has long been the biggest obstacle to finalizing the withdrawal agreement, amid concerns that it could trap the UK in the EU’s customs union indefinitely and hinder its ability to negotiate free trade agreements with the United States and others.

One option under discussion is making the backstop apply only to Northern Ireland rather than the entire UK. This was the EU’s initial suggestion, but then-Prime Minister May asked for the backstop to apply to the entire UK given concerns about differential treatment by Northern Ireland’s Democratic Unionist Party (DUP). At the time, the DUP was propping up her minority government in a confidence and supply arrangement; as Johnson has lost his governing majority, the party’s views carry less weight now.

Alternatively, the UK could revoke Article 50 and decide not to leave the European Union. This would likely only occur if there was a general election before the Brexit deadline, resulting in a new government led by Labour or a coalition of opposition parties who then held a referendum that produced a different outcome.

See also
Europe / World
Brexit: what does the House of Commons want?
Entretien avec Georgina Wright
INTERVIEW | 17 January 2019 | Georgina Wright
Last Tuesday, MPs rejected Theresa May’s Brexit by 432 votes to 202. Despite this defeat, the Prime Minister survived a motion of no confidence the next day. How to explain these votes? And how can the UK break the current impasse? Georgina Wright, Senior Researcher at the Institute for...
Next
Europe / World
Boris Johnson or the Betrayal of Democracy
BLOG | 2 September 2019 | Dominique Moïsi
On Monday 2nd September, Boris Johnson has chosen to issue a final Brexit ultimatum and promised to call snap elections if rebel MPs succeed in passing a bill to delay Brexit. In the same vein, the suspension of the British Parliament a few weeks before the date set for Brexit was already a mistake...
Next