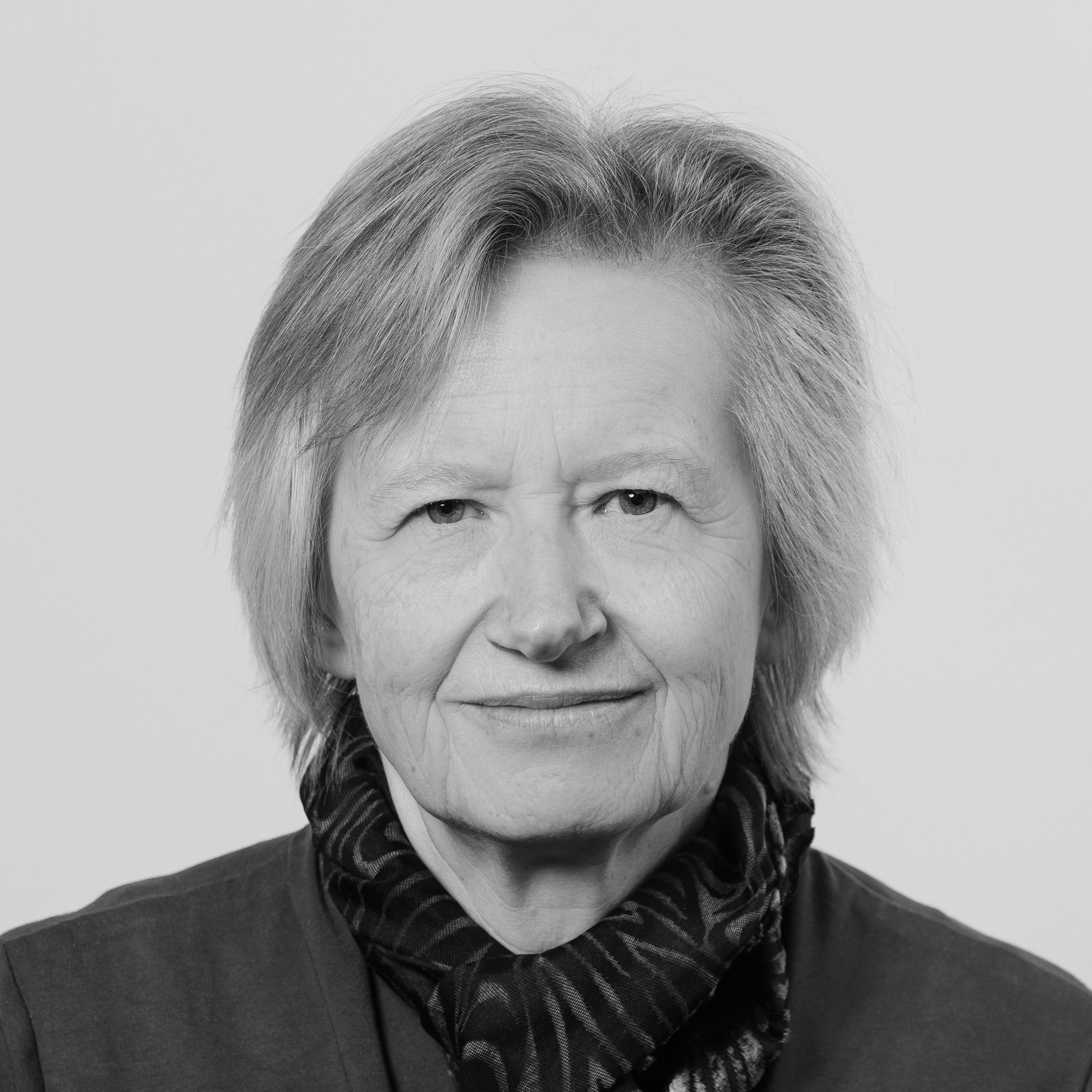 Senior Fellow at the Institute for Government

In recent years, the United Kingdom has considerably reinforced its environmental pledges. The objective is simple: to initiate the so-called "green industrial revolution" - in the words of Prime Minister Boris Johnson - which should allow the country’s economy to undergo decarbonization as part of a smooth transition. Those pledges became very concrete last week, with the publication of the British Net Zero Strategy, which details the government’s intent to eliminate emissions by 2050. Yet, critics say that the framework is coming too late and that it’s not sufficiently radical. Days away from the start of COP26, what can the government’s roadmap tell us about its environmental ambitions and how they fit in the United Kingdom’s post-Brexit world vision? Jill Rutter, Senior Fellow at the Institute for Government, shares her thoughts on the subject.

How convincing is the British government’s newly published strategy for reaching net zero?

One of Theresa May’s last acts as Prime Minister was to get the Parliament to set a legislative target for the UK to become a "net zero" emitter of greenhouse gases by 2050. She did that using powers granted to her under the 2008 Climate Change Act. That Act, passed by the last Labour government, set in place the legal framework of a long-term legislated target, binding interim carbon budgets, and the independent oversight body: the Committee on Climate Change. In many respects, this was a more advanced framework than what had been adopted by any other nation at the time.

Although the UK government has met its early carbon budgets set under the Act, the Committee on Climate Change alerted that even as the UK was increasing the ambition of its long-term target, it was not on track to deliver even its less ambitious plans. While the UK has seen a big reduction in emissions from the power sector, emissions from other key sectors, notably transport and buildings, have stayed flat. Previous strategies, such as the 2017 Clean Growth Strategy, certainly contained a lot of measures. Yet, taken together, they did not do enough to put the UK on the right trajectory to meet its targets.

A comprehensive strategy was promised before the upcoming COP. The UK had already announced an increase in its nationally determined contribution in December, but the strategy was only published on October 18, 2021.

While the UK has seen a big reduction in emissions from the power sector, emissions from other key sectors, notably transport and buildings, have stayed flat.

It was a significant advance compared to previous proposals. In particular, it took the structure proposed by the Climate Change Committee of working out what was needed to decarbonize on a sector-by-sector basis. Additionally, it set out a series of potential pathways, to reflect the fact that some technology choices are still unclear. Finally, it set a timetable to allow businesses and households to plan. It reiterated moves like the sales ban on petrol and diesel cars by 2030, but there were also new measures.

The most notable additions came through the heat and building strategy. Reducing the UK housing stock’s reliance on the gas network has long been regarded as one of the biggest challenges in moving to net zero. The new strategy sets out how the government could reach its aim of installing 600,000 heat pumps a year by 2028, along with an ambition to end gas boiler installations by 2035.

There are, of course, many criticisms that the plan has gaps and falls short of what is needed. We have just received the Climate Change Committee’s verdict on the matter. It points to the government’s reliance on big bets, such as unproven technologies, to meet its targets. It also points to the failure to come up with a convincing plan on agriculture and land use, and the nervousness to talk about behavior change and demand management. Another notable feature is that the strategy commits very  small amounts of public money: the government assumes it will be able to mobilize private finance to make the necessary investments. An accompanying Treasury review of the economics behind net zero hinted at tax changes to come, but steered well clear of any estimates of the costs that would fall on individual households.

But to concentrate on the omissions is to ignore that this strategy represents a step change compared to what has gone before. It should strengthen the UK’s hand going into the COP, meaning it can point not only to its targets but also that it has produced a cross-government plan.

The UK is currently experiencing critical shortages and rising fuel prices. In this context, is the climate issue likely to stay at the top of the agenda for long once the COP26 ends?

There is a complex interaction between rising fuel prices in the UK and the debate on climate change ambitions. Ministers have argued that this strengthens the case for reducing the UK’s dependence on imported gas and its exposure to world energy prices, and that clean domestic energy - renewables and new nuclear - offers better energy security and removes the risk of volatility. That could be seen as providing additional impetus for the decarbonization of the power system. It should also underline the importance of maximizing energy efficiency as a way of reducing bills. But there was nothing in the new strategy that would give British homeowners any help with upgrading the existing housing stock.

Sceptics argue that the rush to intermittent renewables, and the reluctance to exploit the UK’s natural gas reserves have left the country more vulnerable, thereby sacrificing energy security on the altar of net zero.

Moreover, part of the government’s hesitancy to make clear the implications of the move to net zero for fuel prices is explained by the backdrop of rising prices. The net zero strategy suggests that ministers will use the UK’s emissions trading scheme to generate a rising carbon price, and that over time, they will rebalance tax from electricity, (which currently has a number of "green levies" on it) towards gas (which does not). But both those moves are for the future.

Part of the government’s hesitancy to make clear the implications of the move to net zero for fuel prices is explained by the backdrop of rising prices.

How this argument ends up playing out may depend on whether the government can point to the COP delivering real progress in international action on climate change. If the COP fails to deliver, the government will be more vulnerable to arguments from less enthusiastic Conservative MPs, that its net zero policies are a costly self-indulgence that will inflict harm on British businesses and households for minimal climate benefit.

Following Brexit and the EU's announcement of the "Fit for 55" package, how does the hosting of a high-visibility and high-profile international event such as COP26 fit into Boris Johnson’s larger "Global Britain" strategy? And how likely is it to successfully fuel it?

Boris Johnson made the decision to host this COP early in his premiership. If it had proceeded on the original timetable, it would have taken place as the final Brexit negotiations were concluding and in the middle of the US presidential election. On both fronts, the pandemic and subsequent delay worked in his favor.

The government will want to point to a successful COP as evidence that the UK is still a relevant player, able to convene nations and broker deals after Brexit. Its G7 summit in Cornwall in the summer was overshadowed by rows about Brexit and the Northern Ireland protocol and the government will be keen to avoid a repeat. The government knows that it will need to work closely with the EU.

The first test for the COP will be on whether it comes across as well-managed, and well-attended. It needs to show that the absence of Presidents Xi and Putin have not derailed the process.

The UK has a good track record in staging international events, but there are complications. The COP is taking place in Scotland, at a time of heightened tensions between the UK government in London and the Scottish Nationalist government in Edinburgh. Covid-19 has affected the ability of many delegations to attend - and managing the conference in a Covid-safe way will be difficult. It will become a target for climate protesters, but also for others taking aim at the government. Rail workers are already threatening to strike. So the first test for the COP will be on whether it comes across as well-managed, and well-attended. It needs to show that the absence of Presidents Xi and Putin have not derailed the process.

The second test will be on whether it delivers. Unlike the Paris COP, the aim is not to agree on a new treaty. The government has set itself a target of progress under four headings - coal, cash, cars and trees - and it will want to be able to point to meaningful measures under each of these. The problem for the UK government is that a lot of the important discussions concern technical issues and it is unlikely that there would be a repeat of the acclaim that there was at the end of the COP21 in Paris.

The third issue is whether the UK is seen as a key player in the achievement of these results, or whether it looks like it is simply providing a venue (a phenomenon known here as "Wimbledonisation", where the UK hosts the championships, but the action is dominated by players from other nations). The danger for the Prime Minister, whose personal efforts in preparing the summit have been compared unfavorably to those of the French president in the lead-up to Paris, is that the important diplomacy seems to take place between the US, China and the EU, with the UK looking on.

But there may be a difference between domestic and international perception. Domestically, the Prime Minister will be able to put a positive spin on the outcome (or blame others for failures). The reverse may be true internationally, with Brexit critics leaping on anything other than a triumphal outcome to point to the UK’s declining influence and marginalization.

See also
Energy / Sustainable development
China’s Painful, but Necessary Energy Transition
ARTICLES | 22 October 2021 | François Godement
Since COP21 in Paris, and after Xi Jinping’s 30/60 pledge of September 2020, promising to cap CO2 emissions by 2030 and to achieve carbon neutrality by 2060, the results have been almost ironic. Despite undeniable progress in renewable energies, a nuclear revival, and improvements in energy...
Next
Energy / Sustainable development
Fit for 55: Where are the French and German Car Industries Heading?
ARTICLES | 1 September 2021 | Anuchika Stanislaus
Cars are the primary mode of transport for Europeans. They currently account for about 15% of CO2 emissions and are one of the primary causes of global warming. On July 14, 2021, the European Commission published the ‘Fit for 55’ climate package, which contains important...
Next
SIGN UP FOR OUR NEWSLETTER
for a handpicked selection of analyses each week Yes please
Dossier |
Next
Publication -
Next
...
Next
Séminaire réservé exclusivement
à nos entreprises adhérentes
Restricted to
member companies
Next