The Theory of Herd Immunity, or the Ayatollahs of Public Health 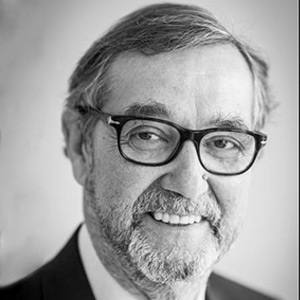 Former Professor of Health Economics at the University Paris-Dauphine

Every profession has its ayatollahs and public health is no exception to the rule. The coronavirus crisis has given them the opportunity to manifest themselves in countries such as the Netherlands or the United Kingdom, where influential advisers have promoted the theory of "herd immunity" to their leaders as a strategy to respond to the coronavirus crisis.

Herd immunity, what are we talking about?

Initially, this theory - much discussed in the epidemiological literature - was developed to show that it is not necessary to vaccinate 100% of a population to fully protect it from an infectious risk or even to eradicate it. Total immunity is ensured as soon as a fraction x of the population is vaccinated. This threshold x depends on two variables: the famous "reproduction number" R0, which indicates the number of people that an infected subject can contaminate on average, and the reported vaccine effectiveness, e.

For example, for a "classic" seasonal flu with an average R0 of 1.5 and a vaccine effectiveness of around 60%, we obtain an x of 56%. Thus, vaccinating 56% of the population would ensure complete and "efficient" protection of the population. According to France’s Group for Expertise and Information on Influenza (Groupe d’Expertise et d’Information sur la Grippe), the average rate was 24% in France during the 2017-2018 season! Still a lot has to be done…

Some experts, through their science, have attempted to extend the concept of herd immunity to include immunity acquired, after recovery, by individuals infected with SARS-CoV-2. Contact with the infectious agent would thus play the same role as vaccination, by stimulating the immune defences against the pathogen. However, widespread contact can be disastrous. If the R0 is estimated to be 2.5 (between 1 and 3 under current assumptions) and if it is assumed that the contact is immunizing (e=1), then the x is of the order of 60%.

If 60% of the population is contaminated, then:

Thus, the "public health" argument is that herd immunity provides effective, efficient and definitive immunization. Except that 60% of a population of 60 million inhabitants represents 36 million people, and even if the lethality rate of infected people is low, say in the order of 1 to 1.5%, that makes between 360,000 and 540,000 deaths! In fact, it would probably be less because these lethality rates refer to proven cases when many subjects are asymptomatic carriers. A generalized serology would be needed to determine the "true" rate. But even divided by 10, the figure of 36,000 to 54,000 potential deaths is considerable (at the time of writing, there are 860 deaths in France). What vaccine would be authorized with such a benefit/risk ratio?

How can one reasonably support such theories, which for a while seduced certain governments – who, according to the latest news, are in fact quick to abandon them under the pressure of public opinion? On Monday March 23rd, the United Kingdom decided to introduce generalised containment, whereas ten days ago, Boris Johnson and his scientific advisers were still betting on herd immunity. This strategy could have led, according to the modelling of Imperial College London, to the death of 250,000 people.

Ten days ago, Boris Johnson and his scientific advisers were still betting on herd immunity. This strategy could have led, according to the modelling of Imperial College London, to the death of 250,000 people.

The answer is difficult and probably a mixture of several factors. It seems to me, however, that adherence to utilitarian doctrines that systematically put a mythical "collective interest" before any consideration of individuals plays a role. Ultimately, what is the difference between prohibiting the treatment of an effective drug that saves lives but whose cost per year of life saved exceeds a certain threshold (arbitrarily set by the state), and promoting "herd immunity" as envisaged above? Philosophically none. The search for efficiency at all costs has its limits.

See also
Healthcare | Coronavirus
Public Health in the Time of Covid-19: Three Lessons Learned
ARTICLES | 20 March 2020 | Angèle Malâtre-Lansac
The crisis we are going through is total: sanitary, political, economic, social, geopolitical. Faced with Covid-19, each country chooses its own strategy and reacts more or less quickly, more or less clearly, to an unprecedented health danger. Of course, political decisions regarding population...
Next
Healthcare | Coronavirus
Europe : Time for Political Action - or the Risk of Disintegration
ARTICLES | 20 March 2020 | Nicolas Bauquet
Only nine years after the Euro crisis, the European Union is once again on the brink of collapse. Whilst the continent is now at the epicentre of the unprecedented global health crisis that is unfolding, it is difficult to anticipate the duration and scale of the shock, and even more so its...
Next
SIGN UP FOR OUR NEWSLETTER
for a handpicked selection of analyses each week Yes please
Dossier |
Next
Publication -
Next
Santé
...
Next
Séminaire réservé exclusivement
à nos entreprises adhérentes
Restricted to
member companies
Next