Round Two of Covid-19: the UK’s Strategy Against Further Lockdowns 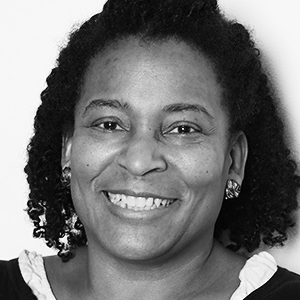 Political Scientist at the Tony Blair Institute for Global Change

The Covid-19 crisis management of European countries reveals their structural weaknesses and strengths. It unveils not only the degree of robustness of their health system, but also the effectiveness of their digital system, the resilience of their emergency management system, the level of public trust in the governments... By comparing large scale government responses to a single disaster and the outcomes of these responses, we are able to highlight their core assets and compare their cruising pace in some fundamental public policy strategies.

As the second lockdown in the UK is being extended, Anuchika Stanislaus, International Affairs Officer at Institut Montaigne, interviewed Eva Thorne, Director of University Partnerships of the Tony Blair Institute, in order to understand the UK’s level of performance in mitigating the crisis, especially through the UK’s advanced research on vaccines.

What conclusions can be drawn from the UK’s past management of the pandemic and how do they guide the British government's current choices?

Experts predicted there would be a large pool of infections that would contribute to a second wave or a spike as we entered the flu season. It's utterly depressing to see that everything they said was correct, especially as there was no reason to think that they wouldn't be, because they were using models, statistics, data, and past experience. We are now in the next phase of this pandemic, which is happening during the flu season, and it’s all the more important to get a flu vaccine now.

In the United States, cases are out of control. Last week, the country had more than 1,000 deaths per day for several days straight. Similarly in the UK, the infection rate was also rising for a while. Hopefully this lockdown will help slow the spread of the disease. Hopefully the UK government will use this period to put measures in place, so that we do not have to go into another lockdown. On a positive note, we’ve learned a lot since the spring and health care professionals are better equipped to treat people, which reduces the death rate. Also, we now have dexamethasone to treat people. We also have patients who can participate in the UK's RECOVERY treatment trial, with some access to some of the drugs which are being tested, particularly antibodies which we know are powerful.

That all being said, we know from experience with various governments that it’s more difficult to get the virus under control in the absence of coordinated national and local strategies. Until a vaccine is distributed, we have to focus on what we can do now. In September, the head of the Center for Disease Control in the United States was giving congressional testimony before we had any news about Pfizer. He held up a mask and said "Until we get a vaccine, this mask is our best protection". Yet, we see a reluctance to push masks mandates in many places. Mass testing, contact tracing and isolation, social distancing, being outdoors, and frequent hand-washing are also part of what works and what people need to do to manage until we have mass vaccination. This virus knows no boundary nor borders, and piecemeal approaches just aren’t good enough.

Mass testing, contact tracing and isolation, social distancing, being outdoors, and frequent hand-washing are also part of what works and what people need to do to manage until we have mass vaccination.

The UK government has pledged more than USD 700 million to COVAX, the global facility that is helping to mobilize resources, so that developing countries can have access to Covid-19 vaccines. It’s great to see the government involved like this. It shows strong and compassionate leadership during a time when it is desperately needed. Investment in multilateral institutions is needed more, not less. COVAX has become the central body to organize support for vaccine access in developing countries. More resources are needed. We must remember that we will become safer as more people are vaccinated.

What happens in low- and medium-income countries matters to us all. Ensuring vaccine access is ultimately about enlightened self-interest, in addition to being the right thing to do.

What are the strengths of the British strategy against the spread of the virus ?

The UK has a number of really important strengths:

Vaccines are not a magic bullet. They're part of a larger toolkit that we need in order to address the pandemic. In fact, they also have their limits:

How is the debate on vaccines structured and what is the population's level of support around vaccines in the UK?

The general numbers overall indicate that there are more people than not willing to actually take the vaccine, which is critical. The Vaccine Confidence Project at the London School of Hygiene and Tropical Medicine is doing excellent research on this topic.

On the one hand, we know that there’s a relatively small but very organized, effective, highly vocal, and social media savvy anti-vaccine lobby. On the other hand, anti-vaccine narratives happen not just in developed countries, but also in developing countries. In the context of sub-Saharan Africa, a French doctor caused controversy when he proposed that vaccines for the Covid-19 pandemic be tried on Africans because they lack masks and other personal protective equipment. It became a rallying cry that worsened existing suspicions and fueled skepticism about having clinical trials done in sub-Saharan Africa. It is unfortunate as we need variety in clinical trials and we need diversity with respect to age groups, ethnicity, etc. in order to make vaccines as effective as possible.

Vaccination roll-out has come along with combating anti-vaccine narratives, making sure there is an ongoing public information campaign about vaccines that reaches people and sets their minds at ease.

The challenge of getting people to take vaccines stems from public distrust towards the government. The Vaccine Confidence Project at the London School of Hygiene and Tropical Medicine has done world class research, but if it is actually 90% effective and nobody takes it, it is no longer useful. Vaccination roll-out has come along with combating anti-vaccine narratives, making sure there is an ongoing public information campaign about vaccines that reaches people and sets their minds at ease. This includes showing leaders themselves taking the vaccines, getting community based organizations involved, anything that would reduce suspicion and combat misinformation. The UK does carry out public information campaigns, but more will have to be done with massive, effective public information campaigns, and micro targeting of specific groups that might be resistant to taking vaccines, in particular marginalized communities that already have pre-existing distrust of government. Having representatives from those communities and taking a human-centered approach can help.

See also
Europe / World
Go Hard and Go Early: Lessons From New Zealand’s Response to Covid-19
BLOG | 12 November 2020 | Andrew Old
New Zealand has been very fortunate with its response to Covid-19 so far, recording just 1,709 cases and 25 deaths (excluding cases detected at the border in our Managed Quarantine Facilities). Due in large part to our status as an island nation at the bottom of the world, New Zealand had the...
Next
Europe / World
No, Brexit Isn’t Over Yet
BLOG | 2 October 2020 | Georgina Wright
You would be excused for thinking Brexit was done and dusted. Boris Johnson was elected on the promise of getting Brexit done. The withdrawal agreement concluded, the Prime Minister – and the public – were keen to focus on other topics. And with a global pandemic to reckon with, attention has...
Next
SIGN UP FOR OUR NEWSLETTER
for a handpicked selection of analyses each week Yes please
Newsletter
Our latest analyses in your inbox each week
Yes please
Follow us