The Quest For an Ambitious and Inclusive COP26 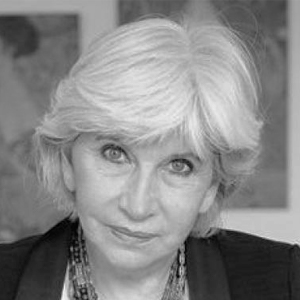 The international community is currently far off track to meeting the 2015 Paris Agreement’s climate targets. However, the EU is trying to position itself as a climate entrepreneur. With its ambitious "Fit for 55" legislative package, it seeks to reduce greenhouse gas emissions by 55% by 2030. A few days away from the opening of COP26 in Glasgow, the international community will have to justify the current delay in meeting its climate commitments. To make real progress, it needs to breathe a new dynamism into climate diplomacy. How can we make this conference a success, not only for Europe but also for the rest of the world? Laurence Tubiana, President of the European Climate Foundation, answers our questions.

In 2019, you spoke to us about the conclusions you drew from the COP24. At the time, you were rather optimistic about the outcomes. Though you also warned that the international community needed to ensure that climate commitments were accompanied by real efforts. Since then, greenhouse gas emissions have continued to rise. Do you still feel as optimistic?

We are still very far off the mark - even in terms of government ambitions. Currently, we are heading towards a trajectory of 2.7°C in global temperature rise, instead of the 1.5°C that we committed to in the Paris Agreement. This also means that we are set for a catastrophe if we do not act soon. The summer we experienced, evoking Rimbaud’s "Season in Hell", is only a taste of the turbulence to come.

As you point out, the picture is just as bleak for current emissions. According to the International Energy Agency (IEA), 2021 will have seen the second highest increase in CO2 emissions in history. Let's also remember that, according to the latest IPCC report published in August 2021, the current decade will have been the warmest in 125,000 years.

However, a global mobilization effort - while still too slow - is well underway and can be accelerated.
Over the past two years, norms and mentalities have evolved.

New commitments to achieve carbon neutrality by 2050 are being made by organizations from all sides and in all sectors.

Every day, climate disasters remind us of the reality of the crisis we are facing. Carbon neutrality is now a widely shared objective, a reality and a geopolitical issue in which states, regions, cities, companies, investors, civil society and individuals can all participate in. The cost of renewable energy also continues to decline around the world.

Moreover, even major institutions that are not directly bound by the Paris Agreement, such as the International Monetary Fund (IMF), are now aligned with it. Central banks are also implementing new standards for the integration of climate risks into the banking system.

The United Nations’ current "Race to Zero" campaign is also being met with enormous enthusiasm. New commitments to achieve carbon neutrality by 2050 are being made by organizations from all sides and in all sectors. The key is to now turn these long-term commitments into concrete action plans for the coming years. This is what the EU is seeking to do with its "Fit for 55" package for 2030. In the same vein, the French Banque Postale just announced its aim to become carbon neutral by 2040 and to divest from fossil fuels by 2030. It is the first French bank, and one of the first banks in the world, to set such a target within this timeframe.

Europe is now a leader in climate issues. The ambitious "Fit for 55" legislative package, which calls for a 55% reduction in the EU’s greenhouse gas emissions by 2030, is a good illustration of this. However, some major international powers, including China, the United States and Australia are still refusing to make such radical commitments. Can Europe really act alone when it comes to climate issues?

For years, Europe has been a precursor and a catalyst among major powers on the issue of climate change. This demonstrates the extent of the technical and legislative capacities of the European institutions, as well as the normative influence of the single market. In this respect, our responsibility is just as great as our economic and political weight. The "Fit for 55" package is objectively one of the most important steps towards achieving the objectives of the Paris Agreement at the global level.

Since the presentation of this initiative in July 2021, the EU has drawn up a proper roadmap to reaching the milestone of 2030. It is concrete, sectoral and well-funded. Most importantly however, it is adapted to the economic and industrial diversity of the continent. As such, it is exactly what needed to be done. That being said, the hardest part begins with the integration of these objectives into the legislative frameworks of the Member States.

The "Fit for 55" package is objectively one of the most important steps towards achieving the objectives of the Paris Agreement.

We can expect Member States to lock horns over the implementation of climate measures, as they will have different understandings of the climate emergency. Europe still has a lot to do. This is also the case for the other countries you mention, although they too are catching up. For instance, under the impetus of Joe Biden, the US is back at the forefront of climate diplomacy and is trying to make up for the time it’s lost. Last month, China announced the end of its international funding for coal-fired power plants - a profoundly transformative move. Similarly, Australia's territories are far ahead of their federal government on climate issues.

I expect the EU to be a trailblazer at the global level. The challenge now is to accelerate this change significantly.

G20 countries account for 81% of global CO2 emissions. At the Copenhagen Summit in 2009, the so-called "developed" countries committed to mobilizing USD 100 billion per year before 2020, to support the so-called "developing" countries in their fight against climate change. Given that these commitments have not been met, how can we ensure that COP26 will accompany fragile countries on their way towards greener technologies?

According to economist Nick Stern of the Grantham Institute at the London School of Economics, we may finally be getting closer to this target. Stern expects that the target of USD 100 billion will be reached within the next two years. Respecting this commitment is important to maintaining a minimum of trust between rich and developing countries - between emitters and vulnerable countries. Nevertheless, this objective is only a symbolic threshold and should not be perceived as the end of the race. The green transition will require trillions for the most fragile countries. This is the only way to ensure that we evolve in a fairer and safer world.

As you point out, climate finance is one of the major issues at stake ahead of the COP26: we need to go beyond the USD 100 billion mark once and for all and launch a powerful dynamic to mobilize investments for the climate. In this respect, technology is no longer the sole answer. It is also necessary to improve the design of these investments, particularly through blended finance, in order to reduce the risks and generate crowding-in effects.

Finally, we must face reality: the first effects of climate change are already here. COP26 must dedicate a significant part of the negotiations to mobilizing finance to adapta to the consequences of the climate crisis (droughts, hurricanes, floods, heat waves, etc.). Investments to enable better adaptation should now represent half of all climate finance.

We still have a few years to avoid the worst consequences of climate change. To do so, climate action must become a reality and an ambition for all. That is particularly true today, as the summer of 2021 has reminded us of the harsh reality of the climate crisis: no-one will escape its impacts.

See also
Energy / Sustainable development
The UK’s Plans to Go Net Zero
Three questions to Jill Rutter
INTERVIEW | 26 October 2021 | Jill Rutter
In recent years, the United Kingdom has considerably reinforced its environmental pledges. The objective is simple: to initiate the so-called "green industrial revolution" - in the words of Prime Minister Boris Johnson - which should allow the country’s economy to undergo decarbonization as part...
Next
Energy / Sustainable development
China’s Painful, but Necessary Energy Transition
ARTICLES | 22 October 2021 | François Godement
Since COP21 in Paris, and after Xi Jinping’s 30/60 pledge of September 2020, promising to cap CO2 emissions by 2030 and to achieve carbon neutrality by 2060, the results have been almost ironic. Despite undeniable progress in renewable energies, a nuclear revival, and improvements in energy...
Next
SIGN UP FOR OUR NEWSLETTER
for a handpicked selection of analyses each week Yes please
Dossier |
Next
Publication -
Next
Environnement | Énergie | Europe
...
Next
Séminaire réservé exclusivement
à nos entreprises adhérentes
Restricted to
member companies
Next