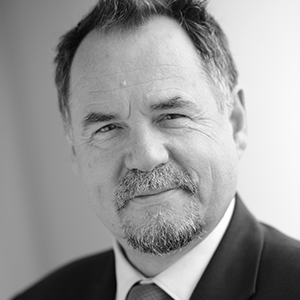 In closing its initial assessments for the year, the Chinese National Development and Reform Commission (NDRC) confirmed the upcoming introduction of social credit for companies. Also referred to as a "corporate social credit" system, it has recently been the subject of a guarded response from the European Chamber of Commerce in China (EUCCC). According to the NDRC, it will ensure transparency and encourage virtuous practices, but it will also expose companies to a wide range of countervailing sanctions. Nevertheless, it should be recalled that the evaluation of companies is not exclusive to China, while compliance practices are on the increase in various countries. What political, economic and strategic views can we have of this system? What are the short and medium-term challenges for companies operating in China? In this cross interview, Eric Chaney and François Godement, respectively Economic Advisor and Senior Advisor for Asia to Institut Montaigne, put the social credit system into perspective.

What are the categories of social credit for companies and how do they differ from the rating system for individuals? What international comparisons can be made?

The management principles and system architecture (including the use of a national data platform in the process of being set up) are similar or even identical between companies and individuals. The results in both cases are sanctions or rewards - with a large number of administrations called upon to arbitrate according to the ratings they produce from the data received. In fact, individual and company ratings are linked: the poor rating of an individual senior executive can affect his company's rating. The range of criteria is very broad, covering all compliance with public rules. The ratings have just been extended to include a classification as an "untrustworthy entity". It targets companies applying international (presently American) trade sanctions against China. This can go as far as blacklisting, as is the case for individuals.

Is this system an adjunct to the market economy? How does it position itself in terms of trust or compliance with laws and regulations?

China's financial markets, although having developed at a dizzying pace over the past 20 years, remain highly inefficient. They are far from fulfilling their dual role of allocating resources properly (i.e. private savings) and providing a risk-adjusted return that is satisfactory for savers. The equity market is highly speculative and highly dependent on the liquidity policy of the People's Bank of China. It is therefore about the corporate bond market, which is the preferred investment tool for pension funds - as it allows for the matching of asset and liability duration - that we must ask ourselves whether the social rating of companies can help. So far, Chinese rating agencies have performed so poorly that the authorities have authorized Standard & Poor's to open an office in Beijing to develop, among other things, its corporate debt rating business.

It is in this context that we must consider social rating. Once the criteria have been decided, it would be independent of the authorities and would reveal information that companies do not necessarily make public - Chinese companies provide meagre and unreliable financial or ESG (environment, social and governance) information as shown by the case of Huawei - the social rating could be useful in establishing a more reliable rating for corporate bonds, and incorporating ESG criteria. But that is the whole point: first, the rating criteria have been designed and specified by the authorities, and what’s more, there is no guarantee that the rules will not be changed in a discretionary way, according to the fluctuations of the Communist Party line. At this stage, it does not seem to me that the social rating will help to improve the functioning of the bond market, and more generally to finance Chinese companies more effectively. It is certain, however, that it will gradually shape this market in an irreversible way. The risk for China, which nevertheless wishes to expand its presence on the international financial scene, is a gradual divergence from international financial and ESG standards, which would make financial investment in China more difficult.

What reactions can be expected inside and outside China?

Corporate social credit is applied to all companies, whether Chinese or foreign. Together with the massive data collection, it is a major instrument of the Chinese state. The latter can argue that algorithms based on the collected data define the rating, and that this creates a trust ranking in business. On a number of criteria - environment, social responsibility - large foreign companies should have no difficulty in outperforming Chinese companies that are much less rigorous in their management. But several aspects are of concern: the massive collection of data creating a true portrait of each company, the unreliability of information (brands can be blamed as a consequence of property rights violations by counterfeiters appropriating their names), the opacity of algorithms and the obvious risk of politicization in the event of international conflict. As with all compliance operations, the obligations and risks are even greater for small companies.

So far, the ongoing debate on the departure of foreign companies (a reality, of varying magnitude, attested by various surveys) has focused more on the consequences of the Sino-American trade dispute and disruptions in the high-tech production chain, and on economic nationalism, rather than on the social credit system for companies, which will be widespread in 2020.