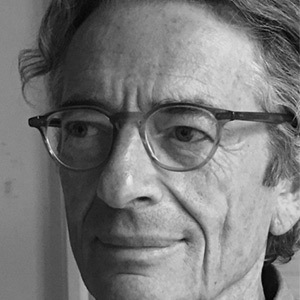 Journalist and specialist on African studies 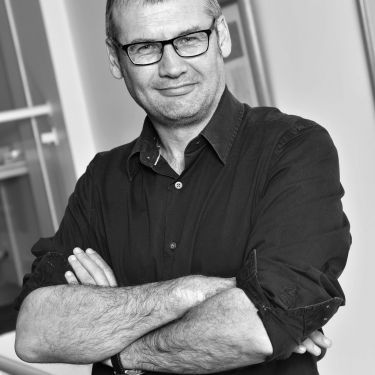 On May 18, President Emmanuel Macron took part in a Summit alongside African Heads of State, to discuss the continent’s post-Covid economic recovery. The gathering was yet another sign of the importance of the African continent for the French President. Ever since he came to power, President Macron has tried to engage a new strategy towards Africa, as outlined in his flagship Ouagadougou speech in 2017. In order to shed light on this approach, we ask three questions to two journalists, Antoine Glaser and Pascal Airault, authors of Le Piège Africain de Macron (Macron’s African Trap).

What is the main emphasis of President Macron's Africa strategy?

The common thread of President Macron’s policies for Africa is to favor multilateral actions (e.g. financial assistance, environmental concerns, culture, sport and the fight against the Covid-19 pandemic) over bilateral relations. France no longer has the financial means to be out on a limb in the African continent. Multilateral actions also allow Emmanuel Macron to avoid the tête-à-tête with seemingly unoustable autocrats. Macron is desperately trying to wiggle out of French stamping grounds by increasing his attention to English-speaking African countries, such as South Africa, Nigeria, or Rwanda. As a devout liberal, he seeks to appeal to African businessmen to help French companies free themselves from the political constraints inherited from the postcolonial period.

As soon as he came to power in 2017, Macron positioned himself as a harsh critic of "Françafrique", France's sphere of influence in sub-Saharan Africa, during a speech he gave to Burkinabe students in Ouagadougou. This moment was more than symbolic: three years earlier, in October 2014, these same students had ousted President Blaise Compaoré from power - once one of France's most loyal supporters in the region. Emmanuel Macron made clear that he is no longer willing to rely on the eternal rule of autocrats and repeatedly asserted his support to African civil society. To emphasize his support to the democratic youth in Africa, he has become the first French leader to name French citizens of African origin as state representatives on the continent.

Will he manage to translate his words into actions and to break free from "Françafrique"? What are the challenges he faces in order to do so?

To understand Emmanuel Macron’s "great disillusion" is to know that "Françafrique" does not only describe the cronyism between African and French leaders. "Françafrique" was a political reality for the entire postcolonial period, from the first declarations of independence of African countries in the 1960s to the end of the Cold War in 1989. As a complex political system (including co-opted African leaders), "Françafrique" was at the same time a military, economic and financial endeavor. In return for guaranteeing the personal security of African Heads of State, France could count on their military support. Meanwhile, France faced no Western competition in its sphere of influence, which was placed under the financial authority of the CFA franc.

To emphasize his support to the democratic youth in Africa, Macron has become the first French leader to name French citizens of African origin as state representatives on the continent.

This system turned out to be so durable that it remained in place beyond the fall of the Berlin wall. However, France overestimated its influence, paying no heed to the swift globalization taking place on the continent. During his speech in 2017, Emmanuel Macron really believed he would be able to simply wipe the slate clean. Very quickly, realpolitik was there to remind France of its fading influence on the continent, aside from its military presence. "You’re not going to change a 70-year-old system in a matter of three years, that would only be aiming for a quick fix." Macron admitted in an interview with us in September 2020.

At the same time, Macron did not shy away from sharing his "disappointment" about the third consecutive reelection of Ivorian President Alassane Ouattara. Nor did he hesitate to jump on the bandwagon of the succession of the quasi-dynastic rule of Idriss Déby in Chad, of strategic importance for France's positioning in the Sahel region. Both moves ultimately water down the reform ambitions that Macron laid out in his speech in Ouagadougou. Nonetheless, as long as Europe-Africa continues to sit on the fence, "Françafrique" will remain ever more relevant.

What is your assessment of the President’s new strategy towards the involvement of the African diasporas in France?

It is true that Emmanuel Macron is the first French President to ask binationals of African origin about their opinion of France's policy towards the continent. In 2017, the French President even created an African Presidential Council (CPA), managed by one of his classmates from the École nationale d'administration (ENA), France’s elite graduate college for civil servants: Jules-Armand Aniambossou, current French Ambassador to Uganda. However, the members of the CPA are, for the most part, representatives of well-established elites and in no way influential among the marginalized populations in French suburbs. According to a poll carried out by Opinionway on behalf of the CPA, half of French citizens of African origin believe that inequalities are precisely the most important challenge for French society, ahead of education and employment. More than 75% of respondents believe that French society does not ensure equal opportunities. What is even more problematic for Emmanuel Macron's plans is that more than half of respondents do not identify themselves as "African diaspora" - they simply want to be French! But Macron won’t throw in the towel so easily. He succeeded in winning the two most influential African intellectuals Felwin Sarr and Achille Mbembe over to his cause, both teaching at prestigious American universities. Felwin Sarr has conducted the report on the restitution of African cultural goods, while Achille Mbembe is responsible for the preparation of the Africa-France summit on civil societies and diasporas, which is scheduled to take place in Montpellier, in October 2021. To get them out of their niche of "Black Studies", the President ultimately aims to offer them professorships at the Sorbonne University. For the "Macron Generation", the transition from "Françafrique" to "Africa in France" will be a delicate dance on a bumpy road ahead.

See also
Europe / World
Biden’s Policy Towards Africa: Will the Tide Turn?
ARTICLES | 16 February 2021 | Judd Devermont
Donald Trump’s "America First" foreign policy led to a series of disengagements from previous american policies and obligations in Africa. The challenge today for the Biden administration is therefore to acknowledge Africa as a continent of opportunity, and lay the groundwork for a renewed U.S....
Next
New Voices in Africa
Dossier |  October 2020
Next
SIGN UP FOR OUR NEWSLETTER
for a handpicked selection of analyses each week Yes please
Dossier |
Next
Publication -
Next
...
Next
Séminaire réservé exclusivement
à nos entreprises adhérentes
Restricted to
member companies
Next