Kosovo, Serbia and the EU: Who Wants to Make a Deal? 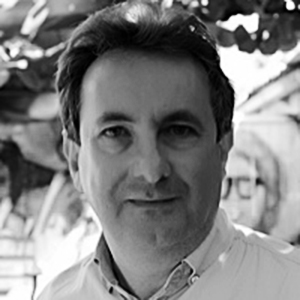 The Balkans correspondent of The Economist

Serious attempts are being made by the EU to jumpstart the Kosovo-Serbia dialogue, which had been stalled since 2018. Multiple meetings are scheduled between the prime minister of Kosovo, the president of Serbia and EU leaders, while the US is for now out of the process. What does the future look like for the two Western Balkan countries? To understand the significance of this dialogue, we asked three questions to Tim Judah, the Balkans correspondent of The Economist.

Serbia and Kosovo are set to discuss their relations in a virtual summit facilitated by France and Germany on July 10, which will be followed by an EU summit in Brussels on July 12. What will these meetings revolve around, and where do Kosovo-Serbian relations currently stand?

Kosovo-Serbia dialogue has been stalled since 2018, but what is happening now is a serious attempt to jumpstart the process. Ironically, it was thanks to the White House and the spectacular collapse of its proposed summit in Washington on June 27 that the initiative for resolving the Kosovo issue is back on the agenda.

To explain: The EU facilitated dialogue did a lot, but many agreements were not implemented. Then, on the Kosovo side, an element of bitterness and cynicism crept in over the issue of visa liberalization. This made its leaders less willing to cooperate with the Europeans. Between Portugal and Ukraine, Kosovars are the only Europeans unable to travel to the Schengen zone without a very hard-to-get visa. The Kosovars did everything they were asked to do and then a group of ten countries, led by France, refused to sign off on allowing visa-free travel.

Kosovo has also been politically unstable of late but still, in the background, things were happening. Above all, presidents Aleksandar Vučić of Serbia and Hashim Thaçi of Kosovo, were constantly talking about a possible deal, one element of which included a land swap: in effect, part of the Serbian-inhabited north of Kosovo for part of the Albanian-inhabited Preševo Valley in Serbia. This was opposed in Berlin and by many who feared its consequences, and Thaçi always denied it was on the table. In the last few days however, John Bolton, the former US National Security Advisor has confirmed it:

"One of the things they were discussing was the possibility of a land swap. In parts of the Balkans, in Germany, in places in Western Europe that was greeted with dismay because they feared that a land swap there might lead to land swaps elsewhere."

There is no reason to doubt that both Thaçi and Vučić were genuine in their desire to resolve the issue.

Thaçi also had the Specialist Chambers, the special Kosovo court in The Hague, breathing down his neck. Still, there is no reason to doubt that both Thaçi and Vučić were genuine in their desire to resolve the issue. At this point the White House intervened. Richard Grenell, the former ambassador to Germany, who did much to poison US-German relations, who used to write op-eds lauding Vlad Plahotniuc, the now exiled Moldovan oligarch and who attacks journalists on Twitter, was charged with the job.

It is widely assumed that Grenell wanted to deliver a foreign policy success for the Trump administration in the run up to the US election - given that it has none. This alarmed the Europeans but, more to the point, it looks like it alarmed the prosecutor of the Specialist Chambers who probably feared that, if there was some form of a deal in Washington, it might include a mechanism to abrogate the court, or somehow assure Thaçi of immunity, so he struck first. On June 24, he unveiled his charges (yet to be confirmed), which implicate Thaçi in nearly 100 murders. This exploded the Washington talks and unexpectedly gave the EU the chance to take back the initiative. In this way, Miroslav Lajčák, the former Slovak foreign minister who has a huge amount of Balkan experience, and who was appointed to oversee the dialogue in April, suddenly and quite unexpectedly, had his opportunity. Now things are moving very fast.

The way things stand now is that on June 20, Vučić’s party won a resounding election success. This means he is in as strong a position as he will ever be, though it remains to be seen if demonstrations against him on the night of July 8-9 which turned violent, could change that. By contrast, Thaçi is out of the game and Avdullah Hoti, Kosovo’s prime minister, is weak. His legitimacy is contested by many, since he was installed after the Americans made it clear they wanted Albin Kurti, the previous prime minister, removed for refusing to do what the Americans wanted. But, while Thaçi was necessary for Grenell’s public relations exercise, he is not crucial for the EU process. So, Hoti met President Emmanuel Macron on July 7, while Lajcak went to Berlin. On July 9, Vučić is also scheduled to meet Macron and on July 10, Macron and Chancellor Angela Merkel will symbolically restart the process with a virtual meeting. Then, on the 12th, the proceedings move to Brussels for a meeting chaired by Josep Borrell, the EU foreign policy chief. (For now we are assuming that Vučić will still go ahead with all of this after the protests in Belgrade, which leave him travelling while the capital is locked down again for the weekend following a spike in the pandemic.)

After all of this, we can assume that the two sides will then get down to the nitty gritty of real talks overseen by Lajčák. The fact that Merkel and Macron are devoting so much time to this issue implies, says Ivan Vejvoda, the head of the Europe’s Futures programme at the Institute for Human Sciences in Vienna, that what is happening is far from symbolic. "I am sure they are thrashing out all sorts of details and putting a package together."

The fact that Merkel and Macron are devoting so much time to this issue implies that what is happening is far from symbolic.

The land swap is almost certainly off the agenda for now, so the aim is most likely to reach a deal which will implement some sort of autonomy for Serbian areas of Kosovo – the Kosovars are very dubious about this because they don’t want the "Association", as it is called, to have real power like the Republika Srpska in Bosnia - and in exchange, Kosovo wants to be able to enter the UN. For that, Serbia would have to ask its friends, like Russia and China, not to veto. It would not be Serbian recognition of Kosovo as a state, but it would give the Kosovars something they want and need. Vejvoda, who was foreign policy advisor to assassinated Serbian prime minister Zoran Đinđić, surmises that the Russians would not oppose this. "They have always said they will not be more Serb than the Serbs," and he says, they will find a way to spin any deal and try to link it to their advantage to Crimea.

France, Germany and Brussels are taking a proactive role in this dialogue, (while Washington cancelled its meeting with the two presidents). What are the EU's priorities and motivations in this situation?

France and Germany really seem to want to kickstart the process again. In the long run, the US is needed to deliver the Kosovars, but given what is seen in Europe as the cynical way in which the Americans tried to capture the Kosovo issue for Trump’s electoral needs, they have understood they cannot neglect this part of Europe. It has long been said that if the EU cannot deliver in the Western Balkans, then it can deliver nowhere. Secondly, if the EU is absent, then others, ie., the Russians, the Chinese, the Turks, the Gulf Arabs, will all fill the vacuum and manipulate things to their advantage. What had not been foreseen was that the Americans too could be seen to be doing things in the region which would not be good for the interests of the EU.

When Grenell first became involved he had big expectations of what he could do, but then, as reality dawned, he began downgrading them, saying that the deal would concentrate on the economy. This was ridiculous of course, as the economy is not the problem. It is a political problem. It is quite possible that in Washington he had planned a fanfare announcing all sorts of economic deals, which the EU would then have been tasked with somehow implementing and paying for, which might then have been quickly forgotten anyway. This really created bad blood with the EU, so the resumption of the dialogue now is seen as taking back something that is rightfully a European issue, that Grenell had wanted to seize.

If the EU cannot deliver in the Western Balkans, then it can deliver nowhere.

Initially, when Thaçi was taken out of the equation by the war crimes charges, I thought that little progress could be made as Vučić would now not have an equal to talk to. Now however, given the time and effort Merkel, Macron and Borrell are putting into this, I have to say I feel a bit more optimistic.

By the way, Macron’s policy on Kosovo visa liberalization is "yes, but not now." If he changes that to a simple "yes", that would do a lot to create an atmosphere conducive to doing a deal on the Kosovo side.

Much now rides on what will happen in Kosovo. It feels like the EU has been given another chance. But, the issue of enlargement has largely stalled, and instead of Europeanizing the Balkans, parts of the EU are adopting Balkan standards of authoritarian leadership, media capture and political interference with the judiciary. (Hungary and Poland first and foremost.) If somehow the EU could help give birth to a deal, that would be a huge step forward, but let’s not get too carried away here. A huge step forward was made when North Macedonia and Greece in 2018 ended the 27 year-long name dispute, and it was also hoped that somehow this positive achievement would ripple across the rest of the region and make a difference, but it did not. Still, progress would be progress, and given that the Western Balkans are an unstable region with a shrinking and ageing population, any good news is to be welcomed.

See also
Europe / World
The German Presidency of the European Union: Priorities and Stakes
Trois questions à Katja Leikert
INTERVIEW | 1 July 2020 | Katja Leikert
As of July 1, 2020, Germany holds the rotating six-month Presidency of the Council of the European Union. In the aftermath of a pandemic that has plunged Europe into one of the deepest crises of its existence, it is now up to Chancellor Angela Merkel to give Europe a new impetus, in order to...
Next
Europe / World
Presidential Elections in Poland, in the Era of Covid-19
BLOG | 18 June 2020 | Roman Krakovsky
If the economic consequences of the Covid-19 crisis are at the forefront of the news, far less is being said about the challenges the pandemic poses to democracy. In Central and Eastern Europe, the signals were ominous well before the crisis. But the outbreak of the coronavirus has given several...
Next
SIGN UP FOR OUR NEWSLETTER
for a handpicked selection of analyses each week Subscribe
Newsletter
Our latest analyses in your inbox each week
Subscribe
Follow us