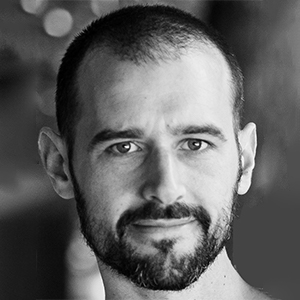 President Joe Biden's astronomical stimulus package - which will inject $1.9 trillion into the economy - was approved by the Senate on March 6, after intense negotiations. Aimed at providing financial assistance to American citizens, states and local communities, but also at fighting the Covid-19 pandemic, this "economic rescue" plan is one of the new president’s first triumphs. It is all the more a significant victory against the Republican Party - who opposed it entirely, claiming it was too costly and poorly allocated. Alix Meyer, American Civilization lecturer at the University of Burgundy, gives us his insight on this plan, and analyses the future implications for Joe Biden's program, given the intense partisan polarization currently wreaking havoc in the United States.

Joe Biden's stimulus plan is "making global markets nervous". Do you agree with the economists who think this legislation risks overheating the economy, or do you side with those who suggest it is too small, risking a similar scenario as the 2009 crisis?

The art of prediction is complex, one should always be wary of economists' predictions. Those who fear that this plan could overheat the economy believe that the $1.9 trillion injection could lead to an inflationary spike. The determinants of inflation are multifactorial. For instance, there could be a rise in commodity prices, yet this would not actually be connected to the stimulus plan, since these prices are managed at the global level. Inflation can also be triggered by raising wages, which can lead to an inflationary spiral that would damage the economy. However, this scenario is also unrelated to Joe Biden's stimulus plan - at least for the time being - because looking at the current unemployment rate in the US, which was at 6.2% in February, an across-the-board wage increase is unlikely. In this regard, Joe Biden has estimated that his stimulus package could create 7 million jobs this year. A third scenario is the risk of an inflationary shock if too much demand and liquidity are injected into the economy, with too few imports to balance this out. However, the stimulus money will also be used to import products from foreign countries. All in all, the inflationary risk is fairly low, and the US Federal Reserve doesn’t seem worried about it.

This economic stimulus package actually strikes a good balance. It is ambitious enough to significantly reduce the unemployment rate, and the clever way in which spending is targeted suggests that it will have the maximum positive economic impact on those who need it most. Indeed, the poorest 20% of Americans will receive the bulk of the benefits, despite most people focusing on the $1,400 check given to 85% of Americans - one of Joe Biden’s campaign promises. It is more interesting to analyze these benefits’ long term impact. The subsidies are meant for the unemployed, the poorest families, with a very significant reduction in health insurance premiums, tax credits for children, generalized vaccination, allowances for state and local governments, etc. This is a program to support the economy, a program to help the poorest people, and it does not present any risks for the economy. As Joe Biden said, "Now is the time we should be spending, now is the time to go big".

The poorest 20% of Americans will receive the bulk of the benefits.

This plan also offers hope for continuing the massive Covid-19 vaccination campaign. The United States, like the rest of the world, has accepted that health and the economy cannot be dissociated for the time being. This stimulus package will help reduce the effects of the pandemic in the longer term.

Considered to be one of the largest spending plans in U.S. history, it narrowly passed the Senate by a vote of 50 Democrats to 49 Republicans. What aspects of the plan are Republicans most opposed to?

The amount of the plan is generating the most opposition: $1.9 trillion. Republicans, however, are much less interested in the details of the stimulus package, hiding behind arguments to deflect attention from its high popularity among both political parties. They argue that the stimulus package is a waste of public money; that the first stimulus package in December 2020 - which pumped $900 billion into the economy - was sufficient; that inflation is very likely; and that most of the people who will receive the $1,400 check do not fundamentally need it.

Silence from conservatives - historically vocal in their criticism of this type of program aimed at helping the most vulnerable - remains striking. Republicans have not taken this opportunity to dust off their usual rhetoric criticizing the welfare state. Could this be a sign of a new paradigm in which the welfare state is accepted by a part of the conservative right, driven by a form of populism in the wake of Donald Trump's (unfulfilled) promises?

Do these political divisions reflect the difficulties the Biden administration may face in implementing its program?

This stimulus package once again reflects the extent of the partisan polarization running amok in the United States. Republicans are in systematic opposition, and will continue to vote against legislations from the Democratic Party, because it is not in their political interest to cooperate. This does not necessarily pertain to ideological contradictions, but rather to a form of electoral competition. It was already the case under Barack Obama's administration, notably with Obama Care, and with the 2009 stimulus package - both republican ideas which nevertheless garnered very little Republican support in the Senate.

This stimulus package once again reflects the extent of the partisan polarization running amok in the United States.

In the US Congress, part of the growing partisan polarization - bound to deepen under the Biden administration - is manifested by the increasing use of the filibuster in the Senate. The filibuster is a parliamentary procedure designed to prevent a bill from being brought to a count, by holding up the final vote until the majority drops the bill. However, another legislative tool exists to circumvent Senate minority filibusters: the budget reconciliation process. This procedure gives the Senate majority the power to overcome the Senate minority’s systematic obstructions. As pertaining to Joe Biden's economic stimulus package, Democrats used the budget reconciliation process, thus excluding Republicans from the vote.

Concerning Joe Biden's future legislative proposals, the Republican filibuster suggests that there will be many obstacles to implement the new administration's agenda. One final - yet unprecedented - option could allow Biden to break the gridlock in the House: suppress the use of the filibuster. This would introduce a fundamental change in the US parliamentary voting system, ending the ability of a minority to defeat multiple bills. This is theoretically possible, but requires support from all Democratic senators - which, as of yet, is not the case. Nevertheless, this option is being increasingly discussed. On the other hand, the filibuster is gradually being reduced in scope. It was for example reformed for federal court appointments in 2013, under the Obama administration, and then extended to Supreme Court nominations.

The most likely scenario for the next few years is that the Republicans will continue their filibusters. In that case, attempts to implement various elements of Joe Biden's agenda will only be realized through the reconciliation process - which could be the case for his infrastructure program, for example - or if the Democrats decide to reform the filibuster, an increasingly realistic option.

See also
Europe / World
Biden’s Climate Change Policy: A Radical Shift From the Trump Era
Three questions to Maya Kandel
INTERVIEW | 9 March 2021 | Maya Kandel
President Joe Biden has called climate change the number one issue facing humanity, and has staffed his team with more people concerned about climate and environment policies than any American president before. Considered by some as "the first climate president", he is moving rapidly to address...
Next
Europe / World
Biden's Fast Start
ARTICLES | 9 February 2021 | Uri Dadush | Soli Özel
On the 2d of February Institut Montaigne welcomed Dr. Uri Dadush for a webinar to have a conversation about President Biden’s economic policies, the impact they are likely to have both domestically and internationally. At the time of our conversation Biden’s rescue and stimulus package of $1.9...
Next
SIGN UP FOR OUR NEWSLETTER
for a handpicked selection of analyses each week Yes please
Dossier |
Next
Publication -
Next
Économie | États-Unis et amériques
...
Next
Séminaire réservé exclusivement
à nos entreprises adhérentes
Restricted to
member companies
Next