Iraqi Kurdistan – Everything Has Changed So That Nothing Changes? 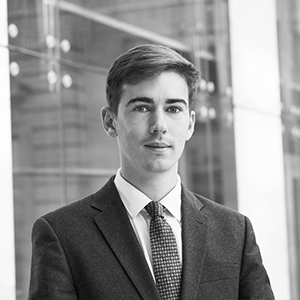 Nechirvan Barzani was elected President of the Kurdistan Regional Government (KRG) of Iraq on May 28, following a largely majoritarian vote by members of the Regional Parliament (68 votes out of 81), which was however boycotted by representatives of the main opposition party, the Patriotic Union of Kurdistan (PUK). He succeeds to his uncle, Masoud Barzani, who stayed in office for twelve years, while Marsour Barzani, Masoud's son and Nechirvan's cousin, becomes Prime Minister.

At first sight, Masoud Barzani seems to have learned the lessons of Visconti's Leopard, in which "everything must change so that nothing changes". By placing his family, already deeply involved in the political affairs of Iraqi Kurdistan for the past recent years, both at the head of his party (the Kurdistan Democratic Party (KDP)) and the region, he withdraws only on the surface, and will remain a major influence in future decisions. However, this game of musical chairs played at the end of May could have repercussions on the fragile political balance in Iraq, and even in the Middle East.

The election of Nechirvan by parliamentary representatives first enshrines the resumption of a somewhat normal institutional functioning of the KRG. The last presidential elections in the region were held in 2009, and Masoud Barzani had held on to power since 2013 without an electoral mandate. Denouncing this state of affairs, the PUK of Jalal Talabani, the former President of the Iraqi Federal State who died two years ago, refused to sit in the Regional Parliament between 2015 and 2018. The Regional Parliament had therefore not met for three years.

The KDP already dominated the Regional Parliament, where it had been holding 45 seats out of a total of 111 (compared to only 21 for the UPK) since the parliamentary elections in October 2018.

Driven by internal opposition and aware of its coming defeat, the PUK did not participate in last week's election. Moreover, the KDP already dominated the Regional Parliament, where it had been holding 45 seats out of a total of 111 (compared to only 21 for the UPK) since the parliamentary elections in October 2018. The reform movement Gorran ("Change"), which is highly critical of the bipartisanism of Iraqi Kurdish politics and its insidious immobility, also paid the price for KDP’s total victory (only 12 seats), and so did the Islamist parties.

For the KRG, this election thus confirms the clear ascendancy of the KDP over the PUK. Two and a half years after Masoud Barzani's referendum on independence, it confirms the success of the former leader's strategy. However, this victory was not guaranteed: although more than 90% of the Kurds voted for an independent Iraqi Kurdistan in September 2017, the referendum resulted in the loss of Kurdish control over the oil town of Kirkuk, voluntarily abandoned by the PUK. It was also criticized in a joint denunciation by Ankara, Tehran and Baghdad (as well as Westerners to a lesser extent) as an initiative that could awaken Kurdish independence and further destabilize the region.

From Erbil to Baghdad: the new horizon of the Kurdish political struggle

However, it is no longer exclusively on a regional scale that Kurdish political antagonisms are being played out in Iraq today. KDP and PUK are fighting for maximum influence in Baghdad, where political forces are struggling to recompose themselves after the victory over Daech. The presidential office of Iraq, traditionally held by a Kurdish following the custom of ethnico-confessional distribution of representatives, had already been at the centre of strong opposition between KDP and PUK in 2018. Masoud Barzani had indeed tried to impose someone from the KDP, despite the tacit agreement that had held so far for a member of the PUK to occupy this position, in exchange for the leadership of the KRG given to the KDP. It was finally Bahram Salih, a historical member of the UPK, who took over the position. It took all of the diplomacy of Prime Minister Mahdi, Masoud Barzani's personal friend, to get him to accept the appointment.

This struggle for power in Baghdad is now being translated into action at the ministerial level. The Prime Minister has already appointed two Kurdish KDP ministers for finance (Fouad Hussein) and housing (Bangin Rekani). The very strategic and regalian ministry of Justice must also be held by a Kurdish, and is the subject of heated negotiations between the two parties. The Kurdish factor thus blocks Iraqi policy, and contributes to the Prime Minister's inability to complete his government, in which the essential portfolios of Interior and Defence also remain vacant.

Iraqi Kurdistan on a razor’s edge

What can we expect, in this context, from the new Iraqi Kurdish presidency? The future presidential management of the KDP-PUK inter-party rivalry may affect the relationship with the Iranian neighbour. Concerned about a possible awakening of Iranian Kurdish independence, Tehran had largely relied on the PUK to absorb the independence referendum. PUK’s interest was indeed to see Masoud Barzani’s initiative to embody Kurdish nationalism fail. Beyond this ad hoc alliance, Iran is culturally closer to the Kurds of the Suleymaniye region (the PUK's historic headquarters) than to Erbil and Dohuk, where the KDP is omnipresent. However, Iran's influence in Iraqi Kurdistan makes it necessary for KRG leaders and Iran to minimally cooperate.

Although belonging to the KDP, Nechirvan Barzani seems to be able to get along with Tehran, where he completed his higher education in political science. This relationship will be important for Iraq's future, at a time when Tehran sees the strengthening of its strategic presence in the country as a solution to the return of US sanctions against its economy. The Iraqi dilemma today is whether or not to respect Washington's extraterritorial sanctions against Iran, from which Iraq has no longer been exempt since the beginning of last month.

The Iraqi dilemma today is whether or not to respect Washington's extraterritorial sanctions against Iran, from which Iraq has no longer been exempt since the beginning of last month.

Erbil's preference towards this thorny choice could differ in part from that of Baghdad, in particular because of KRG's commercial interests in the marketing of its own oil (which finances the many officials employed by KRG, and therefore social peace). Moreover, the KRG might participate, at the same time as the rest of Iraq, in a warming of relations with Saudi Arabia. Riyadh has just opened a consulate in Baghdad, and there is talk of opening another Saudi representation in Erbil.

From the economic point of view, the new President should also seek to find solutions for the development of his region, in a context of scarce oil resources. The low price of oil, the disappointing results of the explorations carried out by certain majors in the Kurdish subsoil, as well as the loss of control over Kirkuk, make it vital to develop a more diversified economy that is less dependent on oil. In this respect, the region can count on a wide network of universities and a relative attractiveness for tourists from certain populations in its close vicinity.

Nechirvan Barzani will finally have to manage the possible migratory consequences of the distant post-Idlib era in Syria. Once the last jihadist strongholds in the Syrian North have been suppressed, Bashar al-Assad’s regime will in any case launch an offensive against the Kurds of the PYD. Depending on the scenarios, this could lead to the transfer of Kurdish populations, particularly to Iraq. The question of welcoming these Syrian Kurds to the KRG would then arise, and with it the question of the limits to cross-border Kurdish solidarity. It seems unlikely that the KRG will take the risk of deterioration in its vital relationship with Ankara by agreeing to host PYD fighters. At the height of the war against Daech, Masud had already closed the Kurdish border between Syria and Iraq for fear of antagonising Erdogan with excessive support for the Syrian Kurdish autonomists. Nechirvan's choice, on this case as on others, will show whether the new Kurdish president is more than his uncle's nephew.

See also
Europe / World
Iran – Drumbeats of War?
BLOG | 14 May 2019 | Michel Duclos
Several developments have considerably increased the tension surrounding the Iranian issue in recent days. On the American side, the administration has included the Islamic Revolutionary Guard Corps (8 April) on the list of terrorist organizations, has then announced the end of the...
Next
Europe / World
Letter from Baghdad: a window of opportunity for Europe in Iraq?
BLOG | 21 January 2019 | Michel Duclos
In a Middle East plagued with so many upheavals, the news coming from Iraq have been rather good so far: the great city of Mosul has been reconquered over Isis, giving Iraqis a new sense of national pride; the divisions that emerged between the Kurds and the rest of the country after the...
Next
SIGN UP FOR OUR NEWSLETTER
for a handpicked selection of analyses each week Yes please
Newsletter
Our latest analyses in your inbox each week
Yes please
Follow us