France and Religion in the Workplace: Institut Montaigne’s Barometer 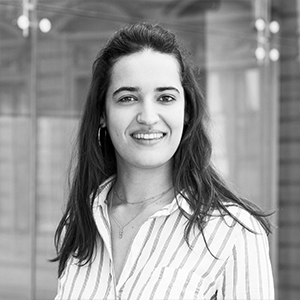 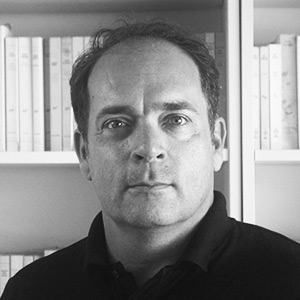 The place of religion within society is a major debate in France. In recent weeks for instance, the heated debate over the Muslim veil has resurfaced. Companies are not immune to these issues, and this is why, in 2016, the El Khomri law gave French companies the possibility to specify, in their internal rules, a framework for religious practices in the workplace. The questions raised by religion in the workplace are legion in France: how do individuals express at work their religiosity, i.e. the way they deal with their own religion and its involvements in their daily life? Does this sometimes clash with the company's organizational and functioning systems? How does religion in the workplace impact relations between colleagues and relations with the manager and the management? To shed light on these different aspects, Institut Montaigne has published the 2019 edition of the Barometer of Religion in the Workplace, carried out by Lionel Honoré, Professor at the Institut d’Administration des Entreprises (IAE) of the University of Western Brittany and Director of the Observatory for Religion in the Workplace (O.F.R.E.). This edition is accompanied by an in-depth qualitative study, which also provides recommendations addressed to French public authorities, companies and managers. Here are some lessons that can be drawn from this Barometer. Lionel Honoré and Clémence Alméras, Policy Officer at Institut Montaigne, highlight the major lessons of this 2019 edition.

The manifestation of religion in companies is no longer exceptional, and now appears in 70% of French companies. It occurs frequently (daily, weekly or monthly) for 32% of companies or occasionally (quarterly or semi-annually) for 38% of them, according to the respondents to our 2019 survey. The most common facts are about working time (work absences, organization of working time, and so on), the fact of wearing ostentatious religious symbols, or prayers during breaks. The manifestation of religion is now commonplace, but sometimes deserves attention: in 2019, according to our survey, managerial intervention is required in 54% of cases, compared to 51% in 2018. These interventions happen in order to answer a request or to reframe an inappropriate behavior. In 19% of these cases, these events generate tensions and/or conflicts, compared to 18% last year.

Two realities of the religious fact at work coexist

A very large majority of situations are increasingly being better addressed and handled by employees and management. They cause few dysfunctions, tensions and conflicts.

Employees are indeed more and more able to adapt their religious practice to the constraints and requirements of the organization.

Employees are indeed more and more able to adapt their religious practice to the constraints and requirements of the organization, by avoiding to give, for instance, religious reasons for leave requests. As for managers, they have more points of reference and tools to better deal with these situations, in a pragmatic approach. However, religion remains a sensitive subject that can impact both relations between colleagues and between employees and managers.

The key strategies seem to be:

A minority of situations remain really problematic and concentrate dysfunctions and abuses. Although only 10% of the total of religious facts in the workplace generate tensions and conflicts, these problems are more frequent in environments marked by a "high density". We could define it by a high frequency of religious expressions - sometimes daily -, by their diversity, and by the fact that they most often come from groups of employees. According to our survey, this kind of situations correspond to 20% of the cases involving religious practices, thus leading to tensions and deadlocks that make it very difficult for the manager and the employee(s) to find a common ground. These situations also condense most of the challenges to the functioning of the organization and the working performance: refusals to carry out tasks, to work with or under the orders of women or simply to interact with them, to work with non-coreligionists, requests to exercise religious practices during working time, sometimes collectively, etc. 63% of the respondents operating in these challenging situations find it hard to manage their employees, compared to 44% of the respondents when all the situations are considered. Moreover, behaviours reflecting rigid religious practice mainly emerge in this type of situations: 35% of the respondents regularly and occasionally observe those behaviours when the density is high (only 22% when asked to the total of the respondents).

Local supervision is in the front line and too often forsaken in managing the religious phenomenon. Field managers give priority to work and are overwhelmingly open to seeking arrangements through discussion, in order to allow practicing employees to articulate their professional activity and spirituality.

Few of them have at their disposal concrete tools to manage these situations: more than 44% of the companies occasionally or regularly faced with a religious phenomenon do not implement any management action in response to it. Meanwhile, 60.7% of managers in these companies say they do not receive the necessary support to do so.

Field managers give priority to work and are overwhelmingly open to seeking arrangements through discussion.

Most strikingly, in large companies facing various religious expressions in the workplace, proximity managers and senior managers often perceive the situation very differently. It is not uncommon for this issue to be underestimated by the hierarchy, which is far from the field, unlike managers who are closest to the issue. In addition, very few companies have factual data on this issue. Simultaneously, proximity managers are often reluctant to provide formal feedback on the problematic cases they encounter.

Proposal #1
Maintaining the legal framework under which companies have the possibility of regulating religious expression in the workplace whilst guaranteeing the freedom of thought of religious employees.

Proposal #2
Continuing the information and training activities carried out by the Observatoire de la Laïcité and encouraging research.

Proposal #5
Implementing tools that are to be made available to employees and managers.

Proposal #6
Adopting an enabling and supportive narrative towards proximity management on the part of functional departments and the rest of the hierarchy.

Proposal #7
Ensuring respect for the freedom to express one's religiosity and preventing stigmatization and discrimination.

Proposal #8
Acting firmly in the event of excess or transgression.

Proposal #10
Formalizing the feedback on problematic situations and not tolerating excessive and transgressive behaviours.Our methodology

See also
Social Issues
The Muslim Veil in France: Why so Controversial?
Three questions to Hakim El Karoui
INTERVIEW | 18 November 2019 | Hakim El Karoui
In recent weeks, the French debate on the Muslim veil  - or headscarf - has resurfaced. Hakim El Karoui, Senior Fellow at Institut Montaigne, and author of the report A French islam is possible, answers our questions about the significance of this controversy - and the relationship between...
Next
General
Blasphemy in France and in Europe: A Right or an Offense?
Trois questions à Anastasia Colosimo
INTERVIEW | 13 November 2018 | Anastasia Colosimo
On 25 October 2018, the European Court of Human Rights (ECHR) upheld the conviction for blasphemy of Elisabeth Sabaditsch-Wolff, an Austrian personality who described the Prophet Mohammed as a "paedophile" at a conference of the far right party FPÖ in 2009. The ECHR considered that this...
Next