"Europe Must No Longer Confuse Tolerance with Weakness" 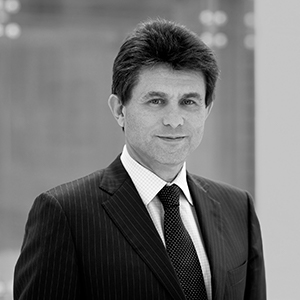 The president of Institut Montaigne gives Le Figaro his thoughts on the future of a Europe in the grip of all uncertainties. Faced with the great forces that govern the world's march, the survival of political freedoms is, in his view, essential to avert chaos.

How can we deal with the new world disorder?

No matter the era, there have always been four great forces leading world affairs. Climate, which influences the location of human activities: major conflicts and migrations have always been caused by issues of access to resources. Demography, which has two components: birth rate and longevity. Life expectancy was of 30 years at the beginning of the 19th century, 40 years a century ago, and is over 70 years today! Africa has 30 million more inhabitants each year, with an average age of about 30 years. And they lack between four and six million jobs every year to stay in place. It is vital that we understand this!

Technology is the third power. Each technological breakthrough sparks important societal upheavals: this was already the case with the invention of the printing press, which enabled the emergence of Protestantism, but also of pamphlets, which were the "fake news" of the time. And with the arrival of electricity in the 19th century, which revolutionized production processes and accelerated urbanization.

Finally, the last force is ideology, which underpins all of the above and serves as a justification for clashes and confrontations. In Europe, we must preserve the founding fathers’ values, which serve as the bedrock for democracy. Yet we must change the way in which we preserve them, because priorities have shifted. Agricultural policy is perhaps no longer a European priority, as it could be dealt with independently by the Member States. On the other hand, the climate crisis, migration, the regulation of technology behemoths or defense and security issues all require concerted action within the European framework.

He is right, tolerance should not be confused with weakness, and no one is asking Europe to do so. But we may have forgotten, in our Western arrogance, that other systems and ideologies are competing with us, and can aspire to replace us. The borders of the empire, which are not only geographical, must be protected.

Our Judeo-Christian values are based on individual freedom and the respect for others. The two go hand in hand. They enabled us to invent the rule of law and democracy. The combination of the two is certainly tricky and complex, but it has not worked so badly, since liberal democracy has ultimately triumphed over all totalitarianism. Moreover, individual freedom and freedom of thought allow for innovation, and thus growth, prosperity and social equilibrium. No one is asking Europe to be naive or weak.

All other forms of social organization have failed so far. As for China, it is an emerging and centralized power. The primacy of social stability over individual freedom has created a surveillance society. At a time when technology enables the centralization and process of huge amounts of data, the question is whether the centralization of the Chinese system and its lack of respect for individual freedoms will make it competitive to the point that we can no longer catch up with it. This is a new question, and it is worrying! It is probably too early to provide an answer to it.

There are other entities whose power is comparable to that of states, like the GAFA (Google, Amazon, Facebook, Apple)...

The world is not only composed of sovereign nation states. Non-governmental organizations play an important role in society today. They are part of a heterogeneous group that includes the GAFA of course, as well as humanitarian associations, but also terrorist organizations. We must now think outside the box: we naively believed that the global framework we had imposed on the rest of the world from the middle of the 19th century onwards, and which culminated after the Second World War at the time of the Bretton Woods agreements, was the only one possible, and included only traditional players.

We must now take into account non-governmental, economic and political actors. Europe is not disarmed, but it is disunited. It does not lack assets, but unity. It remains the world's largest consumer market, just ahead of China, and in the countries it gathers, education systems can play key roles in the knowledge economy.

Are we still allies of the Americans?

There have been other previous crises in the transatlantic relationship. The one in 1956 with the Suez Canal, but also Vietnam, Iraq... so the phenomenon is not new, but we still share the same fundamental values. What is fascinating in the current situation is that an emerging power is challenging a dominant power - even if China is actually trying to regain a position it has held for many centuries, as it had long been the world's leading economy. Except that today, economies are more interdependent than ever, and competition is unfolding in the midst of a technological revolution. Technological change increases mutual dependence while at the same time increasing the threat.

Europe is not disarmed, but it is disunited. It does not lack assets, but unity.

In 1972, during Nixon's visit to Mao, trade between China and the United States was worth $2 billion a year. Today, this sum is the worth of daily exchanges between these two countries! If we want to avoid a confrontation, we must find a way to coexist. If we want to stop China's progress, who knows what will happen?

Westerners were mistaken to think that China would become more democratic as it entered the market economy. In its history, China has long and often been the prey of internal disorder: it is its leaders’ biggest fear, which explains their behaviour. It has thus followed the West in its quest for purchasing power, yet not for individual freedom.

Not necessarily! It is true that we might not have reached this point if the Pope had listened to the Jesuits. The Jesuits were very present at the court of the Emperor of China, at the end of the 17th century, and the Emperor was ready to convert to Catholicism, provided however that communion could be given in the form of rice and not bread. Which the Vatican refused... The devil is in the detail!

To come back to more concrete considerations, I think we missed the opportunity to redress the balance of power at the beginning of this century, probably because we were distracted by the financial crisis, which, moreover, weakened us in the eyes of the Chinese. We should have proposed to increase their role in global governance, and asked in return for real reciprocity in the opening of markets and the protection of intellectual property. In any case, no one knows what would happen in the event of a confrontation: it could take place in space, on social media, with often new weapons, the existence of which we might not even be aware of - not to mention their scope and consequences.

We have also perhaps failed to make room for other emerging powers. The World Bank and the IMF have always been governed by Americans or Europeans. We could have had rotating presidencies, but we did not set this up. We must now rebuild the world order by giving China, Russia, and Brazil a place worthy of their influence. Has Donald Trump understood this necessity? His brutality and unpredictability, however, only make things more complicated.

Emmanuel Macron has been President for two years now...

I cannot be suspected of blind admiration, but I must admit that he has been able to carry out reforms that will bear fruit in the long term.

First in the field of education, even if the results will not be immediately perceptible. Jean-Michel Blanquer's work is remarkable. The current Minister has a holistic and international view of the education system, and he knows how to clearly identify priorities to then act pragmatically. Every year we sacrifice 20% of an age group, who leave secondary education without a diploma. This is dramatic, because they are the first to be hit by unemployment.

He modernization of the public service should be considered a national priority.

Then, much has been done to simplify labor law, contracts and compensation scales, although the decision of the Court of Cassation on the latter point is still pending. These reforms are positive: in a world where business agility is the key to competitiveness, an ossified and unpredictable system could no longer be appropriate. My only reservation concerns my belief that reformist unions should probably have been more constructively included in these discussions.

Finally, we are moving in the right direction with regards to unemployment compensation: I admire the courage of Édouard Philippe and Muriel Pénicaud, who were able to break disastrous taboos related to this topic. There was an urgent need to create real incentives to work.

So what are your points of disagreement with the Head of State?

The way he dealt with the exit from the Yellow Vests crisis was costly. In some fires, water does more damage than the fire itself! Responding to the crisis with more redistribution, when we are already the most redistributive society in Europe and probably in the world (France represents 1% of the global population and 10% of social transfers), blurs our country's priority, which should be to reduce inequalities in access to education, employment, health, security and social services, of which income inequalities are only a consequence.

Boosting our competitiveness requires a reduction in public spending and taxes on production.

I am willing to admit, as Olivier Blanchard points out, that low interest rates make debt a little more sustainable. Yet that does not mean that we should continue to expand it by increasing public spending by several tens of billions of euros every year. Especially given that these expenses are not allocated to the search for competitiveness but mainly to current expenses.

This is the paradox: we are reforming the least the areas that most concern the State! The State is the main employer in France, and yet it does not seem to have truly disciplined itself. Even Emmanuel Macron’s promises to reduce the number of public servants, which were not ambitious enough, unfortunately met the usual fate of election promises... The modernization of the public service should be considered a national priority. The State does not apply to itself the advice it gives to others.

In two years, the President of the Republic has begun to correct some of the mistakes made in the recent past, and to tackle taboos that no one before him had dared to tackle. But there is still a lot to be done, and time is running out.

See also
Europe / World
The Yellow Vest protesters: the tip of the French social crisis?
ARTICLES | 20 March 2019 | Institut Montaigne | Elabe
This analysis is the result of a survey conducted between December 14, 2018 and January 8, 2019 by Elabe in partnership with Institut Montaigne. 10 010 people were interviewed divided into 12 regional sub-samples of 800 individuals (1,200 in Ile-de-France) representative of the resident population...
Next
Europe / World
Emmanuel Macron, from "I" to "We"
ARTICLES | 30 April 2019 | Bruno Cautrès
Emmanuel Macron spoke at a press conference on 25 April, in order to respond to the expectations raised during the great national debate. It was also the opportunity for him to reaffirm the overall direction of his policies and to justify the decisions taken during the first part of his five-year...
Next
SIGN UP FOR OUR NEWSLETTER
for a handpicked selection of analyses each week Yes please
Dossier |
Next
Publication -
Next
Union Européenne
...
Next
Séminaire réservé exclusivement
à nos entreprises adhérentes
Restricted to
member companies
Next