Emitters in the Spotlight - Japan: Innovation First, Climate Next 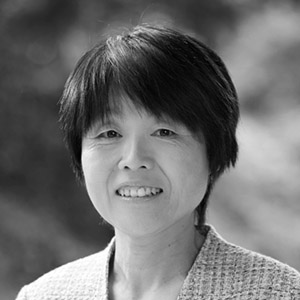 If we can turn our lifestyles around in order to stop the spread of a pandemic, can we also slow down our CO2 emissions? What do the world’s largest emitters, and oftentimes, largest economies, have to say about that? Even better, what should they be doing?

After zooming in on the United States in the first chapter of this series, we know that the climate commitments of the world’s largest GDP are currently unclear at best. A different approach is being taken by another economic giant, and the world’s 5th biggest emitter: Japan. Dr. Yasuko Kameyama, Director of the Center for Social and Environmental Systems Research at the National Institute for Environmental Studies in Japan, breaks down the Plan. Japan’s approach might be more methodical, but is it sufficient?

Japan’s current nationally determined contribution (NDC) for the year 2030 is to "reduce greenhouse gas (GHG) by 26% from the 2013 level". This target was submitted to the UNFCCC secretariat in July 2015. The base year 2013 was chosen specifically because it was a year when Japan’s GHG emissions surged as a result of the replacement of nuclear power plants by fossil fuel power plants. This replacement took place just after the Tōhoku earthquake and the Fukushima Daiichi nuclear power accident in March 2011.

After the Paris Agreement was adopted in 2015, the Japanese government established the Plan for Global Warming Countermeasures (hereinafter "the Plan") in May 2016. While the Long-term Strategy under the Paris Agreement as Growth Strategy, approved by the Cabinet in June 2019, can be considered as the mid-century emission strategy requested by COP21, the Plan is the foundation for concrete policies and measures to be taken to achieve the NDC by the year 2030.

The Plan consists of a long list of various measures to reduce GHG emissions. Overall, there is a strong emphasis on the promotion and enhancement of energy efficient technologies and devices across major energy-consuming sectors. Within the industry sector, for instance, voluntary action plans set by organizations continue to dominate mitigation actions aimed at improving energy efficiency, as well as at producing energy efficient products. In the construction sector, energy efficiency improvements include better insulation and more efficient lighting. Progress in energy efficiency improvements in these sectors often involves the setting of standards and other regulatory measures. Carbon pricing is barely utilized. Although a carbon tax was implemented in 2012, compared to rates set by other countries, the tax rate remains relatively low, at less than US$3 per tonne CO2. Meanwhile, emissions trading schemes have been implemented only at the prefectural level, as has been the case for the Tokyo Metropolitan Government.

The Japanese government has maintained its position of supporting nuclear and coal-fired power plants.

In the transportation sector, the use of energy efficient vehicles, known as "Next-Generation vehicles," is increasing. Hybrid cars are still the most popular type of private car in Japan, while fewer electric cars are sold. Hydrogen cars are still in the research and development and early commercial phase and remain very expensive.

Decarbonization of energy, which is considered by many countries to be essential for reducing GHG emissions, is only vaguely addressed in the Plan. Although the Plan has a section called "Maximum introduction of renewable energy", the Japanese government seems to be less willing to push in this particular direction. The reason is that in Japan, energy policy has been established independently of climate change mitigation policy, and the Plan does not have the authority to enforce detailed energy supply policies. The Long-term Energy Supply and Demand Outlook (hereinafter, "the Outlook") of July 2015 was published by the Ministry of Economy, Trade and Industry just before Japan’s Intended NDC (INDC) for the year 2030 was confirmed by the Ministry of the Environment. The Outlook projects that in 2030, 20–22% of Japan’s electricity will be supplied by nuclear energy, 22–24% will be supplied by renewable energy, 27% by natural gas, and 26% by coal. Given this energy outlook, the Japanese government has maintained its position of supporting nuclear and coal-fired power plants.

Nevertheless, nuclear power plants, all of which were shut down following the March 2011 earthquake, have faced strong objections and distrust from the citizens. Consequently, it has been difficult for the government to rehabilitate and reopen enough nuclear power plants to achieve the goals set by the Outlook. On the other hand, the use of renewable energy has steadily increased, and it currently supplies around 17% of the electricity used in Japan. In fact, renewable energy is set to surpass the goal for the year 2030 within the next several years, not so much as a result of policy implementation but more because of strong support from the private sector. Again, Japan has been successful in reducing GHG emissions since its base year, 2013, in part through the selection of a peak emissions year as the base year. The latest figures show that the country’s emissions in 2018 were 12% less than what they were in 2013.

Who else is still in?

The private sector in Japan has played a significant role in energy choices since the Paris Agreement entered into force in 2016. In Europe and in the United States, the business community has been engaging in the movement toward a decarbonized world. Coalitions of private companies that are highly aware of the urgency of climate change, such as "We Mean Business" and "We Are Still In," are just a few examples. In Japan, a similar business organization called Japan Climate Leaders’ Partnership (JCLP) was founded in July 2009, but it remained small for many years. In response to the establishment of business coalitions in other developed countries, however, many Japanese companies decided to become members of JCLP, especially after 2017. A number of JCLP members have now committed to the Science Based Targets initiative, in which each company sets a GHG emissions reduction target in line with the long-term goal of the Paris Agreement. Another incentive for the business sector that originated from outside Japan is the Task Force on Climate-related Financial Disclosures (TCFD), which calls for the disclosure of climate-related information by private companies so that investors can make informed decisions. Following the 2017 publication of recommendations by the TCFD, Japanese companies rapidly started incorporating the TCFD methodology. Today (August 2020), 285 of a total of 1293 TCFD member companies are Japanese. Japan’s most influential business organization, the Keidanren (Japan Business Foundation), has finally joined the movement toward decarbonization. In June 2020, the Keidanren made an announcement called "Challenge Zero", which presents a compilation of voluntary commitments made by companies to technological innovation to achieve decarbonization.

Local Japanese governments have followed the example set by the business sector. For example, many city mayors have acknowledged the “climate emergency” and have set their own emissions reduction or renewable energy targets, which are in fact much more ambitious than the national targets.

Meanwhile, Japanese citizens generally show little concern about climate change. Although extreme weather events in the last several years, such as torrential rains, floods, and typhoons, have led to the loss of lives and damage to infrastructure, most people still do not associate these events and their consequences with climate change. The momentum generated by Greta Thunberg's initiative in 2018 led to school strikes and climate marches in many countries around the world but not very much in Japan. Some NGOs organized similar climate marches in a few Japanese cities, but they were only able to attract a few hundreds of participants, mostly college students and foreigners. It is hard to tell why the Japanese people have so little concern about climate change. Probably, it is due at least partially to long-standing campaigns of the Japanese government and the industrial community that frame climate change (and global warming) merely as an energy-saving issue, while insisting that Japan is the most energy efficient country in the world. All that said, Japan’s current success in reducing GHG emissions is, in fact, due in large part to changes in the perceptions of the Japanese business sector.

Above all, the most strongly needed policies in Japan are ones that move toward the decarbonization of energy. Even during the recent COP25 meeting, held in Madrid, Japan was criticized by NGOs for its continued use of coal-fired power plants, both domestically and overseas. As long as electricity generation is not decarbonized, electric cars will not make a substantial difference in GHG emission reductions. On 3 July 2020, the Minister of Economy, Trade and Industry, Hiroshi Kajiyama, surprised all those with stakes in climate change policy by announcing the ministry’s intention to close nearly one hundred old, inefficient coal-fired power plants in Japan by 2030. This sounds like a great breakaway from the ministry’s traditional position of supporting coal-fired power plants, under the justification that coal is the cheapest, most abundant source of energy. However, it seems premature to celebrate at this point in time, because the details are yet to be discussed by a group of experts that is yet to be set up. The ministry is still planning to build new coal-fired power plants, which, it insists, will be "highly efficient." Further, this position is out of step with efforts being observed in many other countries that aim at a total phasing out of coal-fired power plants, no matter how energy efficient they are.

Besides, the distribution of renewable energy requires the building of not only new power generating facilities but also power transmission systems. Japanese transmission lines used to be owned by the major electrical power companies. Electricity markets in Japan have been gradually liberalized, yet small renewable power companies still have difficulty transmitting their electricity to consumers.

We are now in difficult circumstances owing to Covid-19. Unlike what is seen in the proposed recovery plan of the European Commission, the Japanese government, although it has been heavily subsidizing people who have lost their incomes, is not interested in a "green recovery," one achieved by creating jobs in areas where investments would help reduce GHG emissions and contribute to a greener planet for the next generation. Japan needs to acknowledge that investment in the Covid-19 recovery could be turned into a great opportunity to invest in reducing GHG emissions.

See also
Energy / Sustainable development
Emitters in the Spotlight - the United States and the Paris (Dis)Agreement
ARTICLES | 24 August 2020 | Samantha Gross
In large part due to the Covid-19 outbreak at the end of 2019, global energy demand significantly decreased in the first semester of 2020, as countries went into lockdowns and shut down most of their economic activities. This has had a positive impact on global greenhouse gas emissions, especially...
Next
Energy / Sustainable development
Emitters in the Spotlight - Russia: The Paris Agreement’s "Good Pupil"?
ARTICLES | 26 August 2020 | Viktor Katona
So far, the first chapters of this series have covered two out of the world’s top five emitters: USA and Japan. Contrary to these two, Russia has already met its target in line with the Paris Agreement. How could this be possible for the world’s 4th biggest emitter, who contributes to 4.7% of...
Next
Energy / Sustainable development
Emitters in the Spotlight - India: Great Capacities, Lesser Actions?
ARTICLES | 27 August 2020 | Christophe Jaffrelot | Hemal Thakker
The world’s 5th economy, India, is also the third biggest emitter of CO2. Its vast territory and solar capacity makes it a formidable place for the development of new technologies to reduce the country’s carbon emissions. Yet, the challenge is big due to the numerous political and economic...
Next
Energy / Sustainable development
Emitters in the Spotlight - China, the Big Consumer
ARTICLES | 28 August 2020 | Karl Hallding
Being in the top-5 of the world’s biggest emitters bears with it an immense responsibility, but also significant, and crucial, potential for development. In this series, we have looked at the efforts, challenges and perspectives of our top emitters. What is clear in each case is how many actors...
Next
SIGN UP FOR OUR NEWSLETTER
for a handpicked selection of analyses each week Yes please
Dossier |
Next
Publication -
Next
...
Next
Séminaire réservé exclusivement
à nos entreprises adhérentes
Restricted to
member companies
Next