COVID-19: Should the EU Have Let Its Member States Negotiate? 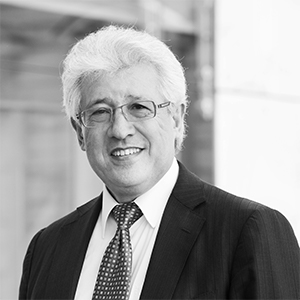 The vaccination campaign is stalling in France as well as in other European countries, for reasons that include the delivery delays announced by some manufacturers. Undeniably, it has caused tensions even though Pfizer has promised that the delay would be limited to one week only and would be made up for by the end of the first quarter of 2021.

Some put forth the EU’s responsibility in failing to anticipate possible delays in the negotiations between the Commission and the pharmaceutical companies. These negotiations were conducted at the express request of the European Council, with the aim of increasing the volume of orders, reinforcing the incentive for manufacturers to invest, and guaranteeing a fair, non-discriminatory supply to all Europeans. Some commentators go so far as to suggest that the EU should instead have applied the "principle of subsidiarity", allowing national governments, more accustomed to orders of this nature, to negotiate and obtain contracts with stronger delivery guarantees.

This assertion rests on no factual argument whatsoever. Above all, it ignores the significant benefits that our citizens derive from the direct involvement of European authorities in the negotiation, conclusion and execution of these contracts. In a recent note on Covid-19 vaccination, Institut Montaigne underscored the importance of the "vaccine task force" established at the European level, an unprecedented move that was needed to secure the largest possible number of doses at the best possible price.

There is no evidence that the contracts were poorly negotiated, nor that national authorities could have done better

To claim that the terms of delivery were poorly negotiated would require the ability to cite the terms of the contracts. Yet hardly anyone has read them: a few members of the European parliament have had access to a version with a number of redacted passages and without the possibility of making a copy. This lack of transparency has caused legitimate controversy, but makes it difficult to invoke the inadequacy of certain clauses. In any case, even the best-negotiated contract does not protect against delivery delays, and the buyer has no other solution than to claim damages, which wouldn’t provide a short-term solution to the pandemic.

No one has forgotten how most European countries managed the widespread mask shortages.

Moreover, to consider that it would have been preferable for national authorities to negotiate these contracts instead of the EU is to bet on their supposedly greater competence. France’s national public health agency (Santé Publique France), which unites the expertise of four entities, was created less than five years ago. The controversies that have arisen over its orders of masks and personal protective equipment show a track record that is far from exemplary.

Similarly, encouraging member states to compete over supplies means forgetting the sorry spectacle of recent precedents in the Union. No one has forgotten how most European countries managed the widespread mask shortages. It was "every man for himself", to the point that the French refused to send shipments to other EU countries and found themselves on the brink of a diplomatic crisis with the Swedes. National teams each tried to fight back against the Americans, who were seizing containers on the tarmacs of Chinese airports. Today, the most likely consequence of such selfishness would have been the requisition, by the Germans, of all or part of the stocks manufactured by BioNTech - in application of the principle of national interest and to the detriment of other EU countries, France included.

There are considerable benefits to centralized negotiation

In a recent interview, Member of the European Parliament Pascal Canfin spells out the advantages of unified negotiations at the European level. Terra Nova’s recent whitepaper drives the point home.

The main arguments include, but are not limited to, the following:

Admittedly, nothing is perfect

The crisis has demonstrated the inadequacy of European industrial policy. Washington has mobilized USD 10 billion since early 2020 through Operation Warp Speed, while Brussels, which has not developed an industrial policy of its own, only had USD 3 billion at its disposal to finance the first orders. Though the EU is home to most of the world’s leading vaccine manufacturers, our public investment in vaccine research has declined in recent years, while that of the United States has tripled. The contrast is all the more stark as, in the United States, research and investment subsidies are conditional on setting up national production units (Buy American Act).

Washington has mobilized USD 10 billion since early 2020 through Operation Warp Speed, while Brussels [...] only had USD 3 billion at its disposal to finance the first orders.

With sufficient resources, the establishment of a Health Emergency Response Authority (HERA) - announced last November as one of the first steps toward building a European Health Union - constitutes an initial response to this state of affairs. More fundamentally, however, industrial strategy must henceforth be an integral part of health crisis preparedness.

As for the calls for a renationalization of vaccine procurement, heard in Germany and elsewhere, these are not only incongruous but inexcusable

If a European Health Union is ever justified, it is in such times of emergency, when citizens demand efficient and coordinated action

Europeans are stronger united than separated.

In a situation as critical as the one we are experiencing, the pooling of emergency resources is a considerable step forward by the European Union - in the same way that the pooling of funds for economic recovery is. The emergence of a European Health Union is a future cornerstone of what should be a "European Security Union", one that deals effectively and efficiently with the vital needs of its citizens in times of emergency, without discrimination and without letting "every man fend for himself".

See also
Europe / World | Coronavirus
Not Granting the EU Full Diplomatic Immunity Will Hurt British Interests
BLOG | 25 January 2021 | Georgina Wright
The UK is refusing to give the EU’s Delegation to the UK the same diplomatic status as it does to national embassies. This decision is short-sighted and could damage the Global Britain brand, argues Georgina Wright. Of all the diplomatic hills to die on, this should not be one of them. Last...
Next
Europe / World | Coronavirus
The Vaccine: Who’s Doing it Right?
BLOG | 6 January 2021 | Laure Millet
In December, Institut Montaigne published a policy paper in French, in which the authors outlined the different options for France’s Covid-19 vaccination strategy, as well as the actors that needed to be mobilized in order for it to be successful. However, France is now trailing behind other...
Next
SIGN UP FOR OUR NEWSLETTER
for a handpicked selection of analyses each week Yes please
Dossier |
Next
Publication -
Next
Europe / World | Coronavirus
...
Next
Séminaire réservé exclusivement
à nos entreprises adhérentes
Restricted to
member companies
Next