Covid-19, Round 2: the Italian Comeback 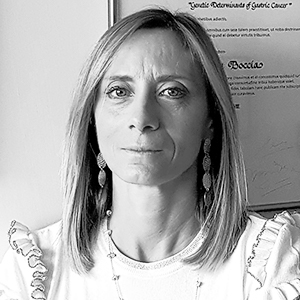 Professor of Hygiene and Public Health at UCSC in Rome

If Italy was the first European country to be devastated by the first wave of Covid-19 at the end of March, it was also the first one to successfully implement a national lockdown. By mid-June, it managed to retrieve some sense of normality. Though the second wave has not spared the country, are the Italian authorities better managing the situation this time around? We asked 3 questions to Stefania Boccia, professor of Hygiene and Public Health at the Università Cattolica del Sacro Cuore (UCSC) in Rome.

What lessons can be drawn from the management of the epidemic and how does this lesson guide the current choices of the government?

Although Italy was the first country to be affected by Covid-19 in Europe, which heavily impacted the National Health System, the Italian response was well coordinated. We should remember that SARS-CoV-2 is a new virus and we initially had no experience in fighting it, so it was challenging to implement a rapid and effective response from the get go. During the summer months, in large parts of the national territory, healthcare facilities were strengthened, intensive care units were increased and a stronger response to the virus was prepared. As such, in the second wave, the country’s response was more rapid and effective, albeit with some shortcomings that can still be found in some regions - let’s not forget that, in Italy, the health system is regionally organized, meaning that each region can decide independently which interventions to implement. We can now also rely on a much greater awareness, not only among scientists and medical professionals, but also from policy-makers and citizens. This obviously helps to better manage the crisis, as knowledge of the phenomenon at all levels is essential to stem the spread of contagion. In November, localized lockdowns were implemented, thus avoiding generalized closures that might have damaged not only the economy, but above all the psychophysical health of citizens. In this perspective, on the basis of the experience of the first wave, it was possible to define a set of 21 healthcare indicators that guided policy decisions on the establishment of containment measures across Italy. The pandemic is far from over, as can be attested by the new increase in cases and deaths. Therefore, we must not underestimate the course of the pandemic and continue to implement and strengthen all the necessary measures.

What are the strengths of the Italian’s government strategy to fight the spread of the virus?

Italy has one of the oldest populations in Europe, which is one of the reasons for the high number of deaths in the country. However, we implemented a series of measures to protect the elderly, especially in nursing homes. In these places, stringent measures included patient visits, forbidding or limiting the time while strictly maintaining a safe distance and the use of masks, and staff management, frequently testing operators working in these facilities, and rapidly isolating positive cases. In addition, the communication campaign has been important to protect this part of the population, especially during this Christmas holiday period. The best gift we can give them right now is to keep our distance, take all precautions and avoid kissing or hugging.

During the summer months, in large parts of the national territory, healthcare facilities were strengthened, intensive care units were increased and a stronger response to the virus was prepared.

Regarding vaccination, Italy should be able to take advantage of the first doses from mid-January 2021. Ithas been among the countries that have advocated for agreements to guarantee sufficient doses to all citizens, not only in Italy but also at European level. The vaccination campaign is being organized to ensure that everyone has the opportunity to have access to it. Finally, the guidelines of the WHO and the European Commission regarding the priority categories of individuals to be vaccinated will be followed.

With regard to the decision-making chain in the Italian healthcare system, the central government is responsible for planning, financing and identifying the essential levels of care.

In parallel, regions are at the same time autonomous in their decision-making and can therefore implement their own different programs. In emergency situations, the Ministry of Health and especially the President of the Council of Ministers may decide to implement measures at the national level in order to ensure the health protection of all citizens. In Italy, the relationship between State and Regions has always been very positive. There have obviously been cases of conflicting decisions, however, it is necessary to continue working together and in coordination, in order to guarantee the health of all.

Finally, with regard to the impact on smaller traders, the government has implemented a series of measures to financially support all workers affected by the pandemic, with the hope of soon being able to resume all activities.

How is the debate on government measures structured and what is the level of public support?

The vaccination campaign is being organized to ensure that everyone has the opportunity to have access to it.

The government has always taken a hard line in dealing with the pandemic. Closures, lockdowns and other restrictive measures, though initially unpopular, were necessary to avoid uncontrolled spread of the pandemic. Obviously, the closure of many activities has led to a certain degree of discontent, although most citizens have understood that health is the primary and absolute good, and therefore the sacrifices to be made are necessary. Without good health, there can be no prosperous economy. In particular, it has been noted that around 73% of Italians are in complete agreement with the contentment measures adopted, and even 35% believe that these measures should be implemented even more. It is clear that we still have to be very careful and keep our guard up, so as to get out of this pandemic situation as soon as possible.

See also
Coronavirus
Covid-19, Round 2: Sweden Misunderstood
Trois questions à Ulrika Björkstén
INTERVIEW | 8 December 2020 | Ulrika Björkstén
As we discussed last spring, Sweden positioned itself apart from the rest of Europe in its management of the Covid-19 crisis: no obligation to wear a mask, no curfews, no restaurant or bar closures… but has this strategy paid off? After a committee of inquiry was appointed to investigate the...
Next
Coronavirus
Round Two of Covid-19: Keeping the Dutch Happy or Safe?
Three questions to Louise van Schaik
INTERVIEW | 1 December 2020 | Louise van Schaik
After having gone down the "herd immunity" and "intelligent lockdown" route in the spring, the Netherlands’ strategy to fight the virus and flatten out the second curve seemed to compromise its core values of individual liberties. Tighter lockdown, curfews, the shutdown of bars and...
Next
SIGN UP FOR OUR NEWSLETTER
for a handpicked selection of analyses each week Yes please
Dossier |
Next
Publication -
Next
Coronavirus
...
Next
Séminaire réservé exclusivement
à nos entreprises adhérentes
Restricted to
member companies
Next