Brexit: what does the House of Commons want? 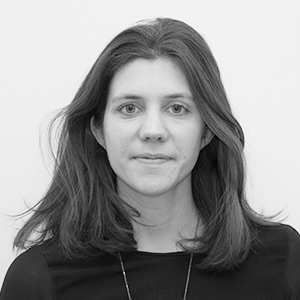 Head of the Europe Program

Last Tuesday, MPs rejected Theresa May’s Brexit by 432 votes to 202. Despite this defeat, the Prime Minister survived a motion of no confidence the next day. How to explain these votes? And how can the UK break the current impasse? Georgina Wright, Senior Researcher at the Institute for Government, provides us with her analysis of the situation.

How would you explain the paradox of a House of Commons that rejects the Brexit deal but confirms its confidence in the government?

These are not normal times in British Politics. The UK government suffered the most significant defeat on record since 1920; in normal times, the Prime Minister would have resigned. This is also why the leader of the opposition, Jeremy Corbyn, tabled a motion of no confidence, following the negative vote on the agreement negotiated with Brussels.

Clearly, a majority of MPs oppose the deal with the European Union (EU).

To answer your question, it is worth reflecting on the vote on Tuesday. Clearly, a majority of MPs oppose the deal - but they did so for very different reasons. Some of them are calling for a second referendum, others for a general election, and others still for a softer form of Brexit and/or closer relations with the EU.

Immediately after the defeat, Theresa May announced her plan to set up a cross-party dialogue in order to find a way forward; this may have reassured those MPs sitting on the fence that the PM was still the best person for the job.

Also, there was no way the Conservative Party or the Democratic Unionist Party (which are part of the confidence and supply arrangement with the Conservatives) would vote against their leader and risk triggering a process to form a new government.

Are new elections or another referendum possible before 29 March?

For a new general election to happen, the government would either have to call one or lose two votes of confidence. This looks very unlikely - although when it comes to Brexit, nothing can be ruled out.

Regarding the organization of a second referendum, it would only be possible with the government’s support. It would require Parliament to pass primary legislation. At the moment, there is not enough support in the House of Commons for this. Moreover, it would be difficult for the government to choose which question to ask the British people.

There are several options, either:

Second referendum looks very unlikely - although when it comes to Brexit, nothing can be ruled out.

Then they would need to agree on how to run the campaigns – and how long for. It would not be straightforward.

If the UK and the EU27 agreed to extend the period of negotiations, would the UK need to participate in the next European Parliament elections?

Possibly, especially if the UK remained a member past July, when new MEPs take up their seats. It would be very difficult to see how the UK could continue to exercise its rights as a Member State without elected representatives in the EU Parliament.

But this would not be straightforward.

It would be very difficult to see how the UK could continue to exercise its rights as a Member State without elected representatives in the EU Parliament.

First, all EU Member States would need to agree to a longer extension.

Second, there is the question of timing. If the extension lasted beyond July, the EU would need to postpone the new composition of the European Parliament wherein most of the 73 British seats have been redistributed among the EU27. As a reminder, the allocation was decided in June 2018, and already election campaigns are gearing up on the basis of that reallocation.

An extension until May - or at the latest July - is therefore more likely as there would be no need to elect new British MEPs or postpone the new EU Parliament reconfiguration.

See also
Europe / World
Brexit and Theresa May: perspectives from London
Three Questions to Georgina Wright
INTERVIEW | 14 December 2018 | Georgina Wright
The Brexit imbroglio does not seem to be nearing an end. This week has been eventful for Theresa May: on Monday 10th she rescheduled the vote of the deal by the House of Commons, on Wednesday 12th she faced a vote of no confidence within her own party and on Thursday she attended the EU Council in...
Next
Europe / World
Companies and the Hardships of Brexit. Three Questions to Pierre Sellal
BLOG | 3 October 2018 | Institut Montaigne
On 29 March 2019, the United Kingdom will officially leave the European Union. With less than six months to go, London and Brussels are still struggling to agree on the terms of their divorce. What can British and European companies expect? How are they preparing for this event? Pierre Sellal,...
Next
SIGN UP FOR OUR NEWSLETTER
for a handpicked selection of analyses each week Yes please
Newsletter
Our latest analyses in your inbox each week
Yes please
Follow us