Why Does Foresight Matter in a Time of Crisis? 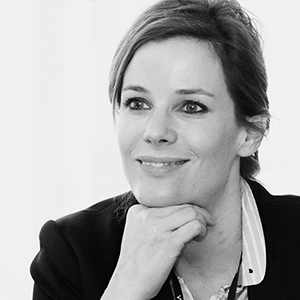 Deputy Director of the EU Institute of Security Studies

At a time when the future appears increasingly uncertain, reflection and evaluation around public policy is increasingly relying on foresight, a method of analysis that seeks not to forecast, but to anticipate the future in order to prepare for it. In France, the re-establishment of the High Commission for Planning has been based on the need to better understand the long term. In the meantime, the European Commission now has a Commissioner for Foresight, Maros Sefcovic. Florence Gaub, Deputy Director of the European Union Institute for Security Studies, author of several studies on foresight, answered our questions.

Foresight is increasingly present in public policy debates in France and in Europe, but we don’t always fully know what the notion entails. What are its objects and methods, and what can we expect from it?

Foresight is to policy-making what reconnaissance is to war-fighting: it looks ahead to identify obstacles, opportunities, and interplays, and reports back to decision-makers. In other words: it is not a tool to "predict the future", but to "improve visibility" of the future, to increase an understanding of possibilities, and, most importantly, to help policy-makers decide what to do. Where foresight does not help policy-makers decide, prioritize, or act on, it has missed its target. This is also where foresight is different from forecast: where the weather forecast might tell you that it will rain, foresight will give you more information useful to your wardrobe choice, the social context you might be in, how long you will be out, and how you want to feel.

When it is well done, foresight is a very useful policy-tool: reports like the Shell scenarios or the American Global Trends have painted a very fine and accurate picture of the future. When it is not well done, like the numerous warnings on pandemics, it is vague, general, and comes with no ideas on what to do.

Foresight is to policy-making what reconnaissance is to war-fighting.

To achieve this, foresight has to use the right methods. Contrary to other ways to think about the future (such as horoscopes or day dreams), foresight is structured and rigorous, and has to reduce speculation to the maximum. The first step is therefore always to use all available data, both recent and older, on trends and disruptions, to detect patterns of change, a process called horizon scanning.

In a second step, foresight has to be a bit more artistic, filling the unknown elements of the future with imagination. This imagination has to be, of course, rooted in a profound knowledge of human processes, but it has to be bold and creative to achieve truly good results. This can include methods such as scenarios, which paint a detailed picture of a possible future.

Foresight can be applied to any area of life where change is anticipated or occurring, ranging from technology to economics or defence matters. That said, it should never be mistaken for the future itself: it is a tool to shape the future.

In France, the creation of a High Commission for Planning (Haut Commissariat au Plan) is in particular responsible for "animating and coordinating foresight" within the State. Which tools already exist and which ones should we equip ourselves with?

Foresight in France has a longer tradition than in other European countries, be it in think tanks such as Futuribles, or ministries such as the Analysis and Forecasting Center (CAPS) in the Quai d’Orsay, the Ministry of Defense, or even the Ministry of Agriculture. But it is precisely this tradition that can become its own enemy: foresight has to be, by definition, a bit of a maverick in government policy. Its role is to challenge conventional wisdom, encourage disruptive thinking and think in new ways regular bureaucracy cannot. Where foresight becomes too established, it will struggle to be the challenger it has to be. This is, for instance, visible in the reluctance of governmental foresight to fund the use of big data and artificial intelligence for foresight purposes: because bureaucracy is rarely the first to use innovative methods, they will not make the most of the very sector that requires innovation.

But more importantly, the fluid nature of trends means that no institution doing foresight in France can afford to do foresight alone: agricultural matters will affect military matters, which in turn will affect technological matters which in turn will affect social matters. Foresight has always had to be a 360 degree affair, but this is even more so the case now where speed, connectivity and multiple changes are rendering the picture even more blurred. Anybody wishing to speak "future" fluently has to be versed in all of these aspects and not just one.

Two things would therefore be necessary: liaising the different foresight players of importance in France – and including those from the private sector – to facilitate an open debate; but allowing a bold and separate maverick unit to operate away from the daily work of government, in order to come up with truly disruptive ideas. Lastly, it is important that the general public understands what foresight is and gives it the necessary freedom.

Where foresight becomes too established, it will struggle to be the challenger it has to be.

Not every bold idea should be vilified: instead, it should be discussed. As I often say: the future is a discussion space – it is what we do with it together.

The European Commission now has a commissioner dedicated to foresight, the Slovak Maroš Šefčovič, who has just published a first report. What does it contain, and is it the beginning of a real prospective approach at the European level?

Although for the first time, the EU now has a commissioner for foresight, this is not the first time it is engaged in thinking about the future. Its foresight network ESPAS (European Strategy and Policy Analysis System) was created in 2010, has produced three Global Trends reports since, and has eight EU institutions as members. In addition, foresight can be found in many different places across the EU, be it in the Commission’s Joint Research Centre, the EUISS, the European Parliament of the European Court of Auditors.

The nomination of Šefčovič has confirmed a trend that was growing for over a decade: that the future becomes increasingly foggy, and that we need tools to make it more visible.

But it is true that the nomination of Šefčovič has confirmed a trend that was growing for over a decadethat the future becomes increasingly foggy, and that we need tools to make it more visible. It is also worth noting that his portfolio does not just contain foresight, but also inter-institutional relations – a nod to the many foresight entities that are already across the EU. The 2020 Strategic Foresight Report by the Commission has to be read bearing two things in mind. Firstly, it is the first of its kind. Therefore the report is less about the future and more about foresight as such.

It explains what foresight is, and how the European Commission seeks to use it. Secondly, in methodological terms, it uses backcasting: a method whereby the desired end target is identified first, and problems on the way there afterwards. The report identifies four areas of change that will concern the EU: digital transformation, climate change, geopolitical changes, and socio-economic changes. In all four areas, the EU seeks to achieve resilience, the capacity to manage these changes well. As foresight becomes more and more established at this high-strategic level, the coming reports will certainly deliver concrete ideas on the way to these targets.

See also
Topics > Social affairs > International affairs
Go Hard and Go Early: Lessons From New Zealand’s Response to Covid-19
Analyses | 12 November 2020 | Andrew Old
New Zealand has been very fortunate with its response to Covid-19 so far, recording just 1,709 cases and 25 deaths (excluding cases detected at the border in our Managed Quarantine Facilities). Due in large part to our status as an island nation at the bottom of the world, New Zealand had the...
Next
Topics > Social affairs > International affairs
When Democracy Meets Efficiency: How Communication Can End the Pandemic
Three questions to Heidi Tworek
INTERVIEW | 5 November 2020 | Heidi Tworek
In order to successfully exit the second lockdown taking place in France and around the world, handling the crisis communication is central, as it forms the foundation of collective action to counter the virus. Three researchers from the University of British Columbia in Canada recently published a...
Next
SIGN UP FOR OUR NEWSLETTER
for a handpicked selection of analyses each week Yes please
Series |
Next
Publication -
Next
...
Next
Séminaire réservé exclusivement
à nos entreprises adhérentes
Restricted to
member companies
Next