Who Are You Ursula Von Der Leyen? 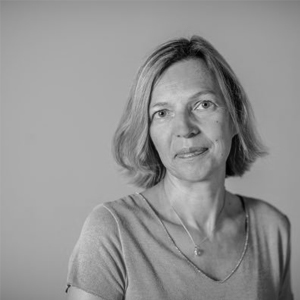 Update: Ursula von der Leyen has been elected as President of the European Commission.

Ursula von der Leyen is a key figure in German political affairs, long considered a serious candidate for Angela Merkel's succession. How is she seen in Germany and what are the markers of her commitment?

Ursula von der Leyen has been Minister of Defence since 2013 and the way most Germans view her is linked to her management of the Bundeswehr, the German army. Her term at the head of the Ministry of Defence was marked by numerous scandals, including the so-called consultants’ case (she allegedly hired external consultants without going through a public tender and was to be questioned by a parliamentary commission on the subject). The Gorch Fock training boat affair, whose renovation costs have literally exploded, has also tarnished her image and significantly contributed to the negative perception of her appointment by the German media. The former President of the European Parliament, the unfortunate candidate for Chancellery, Martin Schulz (SPD) even referred to von der Leyen as "the worst minister" in the current government. The German Social Democrats want to block her election in the European Parliament vote.

At the Munich Security Conference in 2015, Ursula von der Leyen presented the concept of "Leading from the centre", calling on Germany to assume more responsibility on the international scene. Can we see in her appointment as head of the European Commission the affirmation of a new German leadership?

It is clear that von der Leyen's international position played a role in the choice of President Macron and Chancellor Merkel. However, the gap with German public opinion is obvious. The concept of "leading from the center" was a reaction to President Obama's concept of "leading from behind" and a response to the bad memory of the role of the "Führer" in Germany. But it is very little known in Germany and calls for Germans to accept a greater role and responsibilities at the international level have remained largely ignored. Moreover, the success of the Green party in Germany is an alarming sign regarding Germans’ desire to see their army engaged in the resolution of international crises.

Francophone and pro-Europe, Ursula von der Leyen will have to overcome European divisions to get Europe back on track. What are her priorities for Europe and what assets does she have at her disposal to unite the forces involved?

Ursula von der Leyen has undeniable assets, thanks to her original positioning within her party, the CDU, regarding the role of women, social policy, marriage for all and pro-European commitment. Her knowledge of English and French allows her to engage in dialogue with a large number of countries. The strongest resistance will come from some of the German members of the European Parliament! The Greens, the rising force in Germany, are thus asking for important concessions regarding the fight against climate change in order to vote for her.... But she has a lot of charisma, a great strength of conviction and does not stop at the first obstacle. She is indeed an excellent dressage rider!

See also
Regions > Europe
The Shadow of Doubt About Europe's New Leaders
Analysis | 8 July 2019 | Dominique Moïsi
European leaders have managed to avoid the worst with appointments to key positions in the European Union. But their choice does not dispel concerns about Europe's place in the world. "It's a good thing to follow one's inclination, provided it leads uphill" wrote André Gide in Les...
Next
Regions > Europe
France, Germany and Multilateralism
Sondage de l’Institut Montaigne et de Körber-Stiftung
INTERVIEW | 12 June 2019 | Michel Duclos
In an era where identity politics seems to prevail, one key element is too often overlooked, namely the fact that a commitment to universalism is part of the national DNA of some countries, including the United States and France. In brief, being "national" in France means wishing that France would...
Next
SIGN UP FOR OUR NEWSLETTER
for a handpicked selection of analyses each week Yes please
Series |
Next
Publication -
Next
Europe
...
Next
Séminaire réservé exclusivement
à nos entreprises adhérentes
Restricted to
member companies
Next