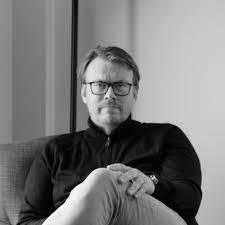 During the height of the Cold War, Sweden was one of the several small nations that considered acquiring nuclear weapons. The Scandinavian country, known for its neutrality policy, eventually abandoned the project when the Treaty on the Non-Proliferation of Nuclear Weapons (NPT) was signed in 1968. Today, Sweden remains firmly committed to a world without nuclear weapons, but its current policy tends to consider nuclear deterrence as beneficial to reinforcing strategic stability and European security. President Emmanuel Macron’s call in February 2020 to bring the Union together within a new strategic agenda resonated with the Swedish political and public debate. In this second article of our Weapons of Mass Debate series, Andreas Persbo, Research Director at the European Leadership Network, sheds light on the Swedish dilemma on nuclear weapons, the country having been a passive recipient of a nuclear security guarantee for over 50 years.

Sweden plays an important role within Europe. It is a significant Nordic economy inside the European Union, and has a well-organized and active foreign service. Its foreign policy mixes traditional Scandinavian values, such as liberalism, equality and a firm commitment to the rule of law, with hard-nosed security policies. The 2020 Annual Review published by the Swedish Military Intelligence Agency gives valuable insight into how the country’s security community views the rest of the world. Sweden sits on Europe’s Eastern edge, close to Russia and on NATO’s flank. Its security is dependent on European cohesion and the strength of the North Atlantic Treaty Organisation (NATO). Sweden considers European security diminished, principally by Russian efforts who undermine political cohesion through the continued use of influence operations. Kinetically, military activity in the Baltic has increased to the highest level since the end of the Cold War. It is also concerned by the continued erosion of arms control and disarmament agreements, especially the lack of controls on intermediate-range nuclear forces. Sweden’s disarmament policies should be seen through this lens.

An interview with Sweden’s Foreign Minister Ann Linde, published by the Arms Control Association in May 2021, highlights how Scandinavian values intersect with the security environment. Sweden is firmly committed to a world without nuclear weapons but cognisant that the conditions for this have to be right - it is left unsaid that conditions are not here. There appears to be broad political consensus on this point. The Left Party and the Greens (representing 13% of the electorate) want a more abolitionist posture, such as Sweden ratifying the Treaty on the Prohibition of Nuclear Weapons (TPNW). However, Sweden’s liberal and conservative parties (representing almost 40% of the electorate) tend to highlight the country’s defense relationship with some nuclear-weapon states and hold that a firmer line on this is counterproductive - a position that is also supported by the Social Democratic party (representing about 25% of voters). It is less clear where the electorate stands, but polling would indicate broad public support for a robust arms control and disarmament agenda.

Most of the Swedish policy community would probably agree with President Macron’s worldview outlined in his defense and deterrence speech of February 7, 2020.While about half of the Swedish people would support NATO membership, the Swedish concept of "armed neutrality," meaning that the country is "alliance-free" in peacetime and neutral in wartime, still has many supporters. With "armed neutrality" comes significant investment into national defense. Almost directly reflecting public opinion, Sweden has decided to put one foot into the Alliance while having the other back at home. It’s a NATO "Enhanced Opportunity Partner" and a member of the alliance’s NATO Response Force.

Macron observed that "Europeans must be able to protect themselves together." Many in the Swedish security community would agree with that statement.

Almost directly reflecting public opinion, Sweden has decided to put one foot into the Alliance while having the other back at home.

Sweden is a member of the EU’s Permanent Structured Cooperation (PESCO). Together with France, it coordinates the PESCO project on EU Test and Evaluation Centres. Sweden’s policy community would likely endorse Macron’s statement that Europe needs "an autonomous and competitive industrial defense base, resolute and massive innovation efforts, control of our security technologies and control of our defense exports." This plays to Swedish industrial strengths.

There would be, however, a difference of opinion on the role of nuclear weapons. Sweden would not formally want to be "associated with the exercises of French deterrence forces", as Macron proposed (although, if you ask privately, the Swedish Navy would probably enjoy the opportunity to sneak up on Le Terrible, to repeat their "sinking" of the USS Ronald Reagan). So exercising is ruled out.

Sweden may be able to join a dialogue, as Macron puts it, "on the role played by France’s nuclear deterrence in our collective security." It would however likely push back on ideas promoting a French nuclear umbrella.

But it would do so gently. An example of how can be found in Defense Minister Peter Hultkvist’s response on March 25, 2021, to a question on Britain’s warhead decision in the 2021 Integrated Review. After highlighting his government’s clear view on nuclear weapons, he said that the United Kingdom remained an important partner. A partnership, he maintained, does not mean that one has to share and support all opinions and decisions. But to "lose" the United Kingdom in our part of Europe, he concluded, would be harmful to our collective security.

Sweden’s position on the United States would be no different. As Foreign Minister Linde put it in Arms Control today, it would be "﻿encouraging the new administration to seriously consider the 22 stepping stone proposals to advance nuclear disarmament." Some of Sweden’s policy positions are traditional: it would like to see new rounds of arms control between the United States and Russia and point to the need to involve China at some stage. Stockholm would undoubtedly like to see some movement on intermediate-range ballistic missiles in Europe, and it is concerned about the impact of new and emerging technologies on future arms control.

However, other ideas are consistent with strategic risk reduction as formulated by President Macron, for instance, the "Stepping Stones Initiative" calls for "﻿Nuclear-Weapon States and Nuclear Possessor States to engage in a structured dialogue to assess, minimize and address nuclear risks." A proposed subtopic within that conversation is a discussion on "measures aimed at preventing crisis" and "extending decision-times in crisis." This opens up an opportunity for engagement.

To Engage or Not to Engage?

In my opinion, Sweden may have more to gain than it has to lose by taking up President Macron’s offer for a reinforced dialogue on the role of nuclear weapons in Europe. It would serve to strengthen the country’s relationship with France, which is considered an essential partner within the European Union. It would also be in line with Sweden’s engagement with NATO. However, it could have a detrimental impact on Sweden’s "disarmament credentials". These credentials are not as strong as they were during the 1970s and 1980s, or when Sweden was a partner of the New Agenda Coalition in the late 1990s and early 2000s, but they are still valid, as the country’s involvement in the "Stepping Stones Initiative" has shown.

There are also domestic risks. Joining Macron’s dialogue could be criticized by the Left Party and the Greens, while both are allies of the ruling Social Democrats. Nuclear weapons policy is unlikely to cause gigantic fractures in a potential "Red-Green" coalition but can make life difficult for the government. A centre-right (or more likely a right-wing) coalition (the next election is in September 2022) could more easily engage France. However, it would run the risk of coalescing the opposition around the issue and, in addition, giving them fertile campaign material.

The parties’ caution on nuclear issues can be seen in parliamentary debates. Nuclear weapons policy does surface in the Swedish Parliament a couple of times a year, and the government has been clear that it seeks abolition, that it does view nuclear armament as diminishing collective security, and that it opposes any stationing of nuclear weapons on Swedish territory. Therefore, a conversation with France could be considered to be opening the door to further collaboration with a nuclear weapon state, which is a perception that would need to be fought domestically.

Sweden may have more to gain than it has to lose by taking up President Macron’s offer for a reinforced dialogue on the role of nuclear weapons in Europe.

Hence, Sweden’s participation would be dependent on how France formulates the agenda. If the agenda is based on the premise that nuclear weapons are indispensable for Europe’s future, and it is now time to discuss how to operationalize a French nuclear umbrella, Stockholm is almost certainly not going to attend. If the agenda is more open, starting with a conversation about the future of nuclear weapons, then it might. After all, one of the Stepping Stones is for "﻿Nuclear-Weapon States to deepen discussions on nuclear doctrine and declaratory policies, both among themselves and with Non-Nuclear Weapon States". But even that would not be certain. It depends to what degree Stockholm can withdraw from the conversation, should it "go in the wrong direction".

Sweden as a Passive Recipient of a Nuclear Security Guarantee

Could France simply issue a security guarantee for the European Union? How would that be perceived in Sweden? France is technically free to issue such a statement, and some Member States would probably welcome it. Many others would probably receive the guarantee in silence. Sweden’s response is likely to be along the lines of "we didn’t ask for this guarantee, and we note Paris’ statement". It could, of course, reject the guarantee, but this would not serve any immediate interests. It would state that Stockholm’s sovereignty and policy of military neutrality would be unaffected by France’s position.

It would not be the first time Sweden falls under a de facto nuclear umbrella. As Bruno Tertrais has pointed out in a research note from 2011, "One of the reasons Stockholm ended up renouncing to build nuclear weapons was probably that Sweden believed that there was a de facto nuclear umbrella covering its territory." Moreover, as pointed out by Professor Ola Tunander, Sweden’s defense collaboration with the United States, and indirectly with NATO, has been profound for many decades, to the point of becoming an "unofficial ally". This double policy has never been publicly acknowledged. Stockholm would be unlikely to reverse an approach that has served it well for the last 50 years or so.

See also
Regions > Europe | Topics > Security
Weapons of Mass Debate - Integrating the UK Into the European Discussion
Analyses | 28 June 2021 | Malcolm Chalmers
Since the August 1945 nuclear attacks on Hiroshima and Nagasaki that led to Japan’s unconditional surrender and ultimately kicked off the Cold War, nuclear weapons have changed the face of warfare and international relations. They laid a shadow on the international stage with the start of a...
Next
Regions > Europe | Topics > Security
Stronger Together - Charting a Way Forward for European Defense
Analyses | 15 February 2021 | Mahaut de Fougières
The Covid-19 crisis has once again proven the need for more cooperation between European member states in times of crisis. It is also an example of the EU's ability to overcome its differences and design a common response, as demonstrated by the 750 billion euro recovery plan that member states...
Next
SIGN UP FOR OUR NEWSLETTER
for a handpicked selection of analyses each week Yes please
Series |
Next
Publication -
Next
...
Next
Séminaire réservé exclusivement
à nos entreprises adhérentes
Restricted to
member companies
Next