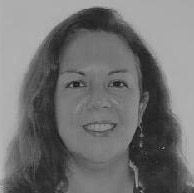 Like every member state of the NATO alliance, Spain is covered by the US nuclear umbrella, but unlike many others, it had initiated a military nuclear programme before eventually backtracking. It does not host nuclear weapons either, due to a strong anti-nuclear sentiment from the Spanish public opinion. A January 2021 survey on the Treaty on the Prohibition of Nuclear Weapons (TPNW) revealed that Spain had the highest level of support for this treaty (89%), which triggered important debates in the Parliament on whether to sign it. Because of this ambiguity, political leaders have not necessarily shown much eagerness for a European dialogue on the subject, as proposed by Emmanuel Macron. In this penultimate episode of our series, Clara Portela, former Senior Associate Analyst at the EUISS and professor of political science at the University of Valencia, retraces the country’s nuclear history to shed light on the reasons for its reluctance to back a European debate on nuclear deterrence.

A History of Spanish Ambiguity Towards Nuclear Weapons

It was not until the government of the social-democratic Partido Socialista took power in 1982 that Defense Minister Narcís Serra learnt that the previous regime had aspired to put together a nuclear bomb. As soon as Serra discovered these plans, he ordered their immediate relinquishment. Since then, Spain has become one of the examples routinely listed among ‘de-proliferation’ cases,i.e., states which planned or initiated military nuclear programmes but had, for various reasons, eventually backtracked.

Minister Serra’s decision was straightforward: the Spanish public was sensitized on nuclear weapons, if not negatively disposed towards them. In the course of the autocratic period (1936-1975), as part of the defense arrangements between the United States and Spain, US nuclear weapons had been stationed on Spanish soil. Their presence at the Torrejón base near Madrid was a controversial issue. Spain was not a member of the Atlantic Alliance at the time (it only joined in 1982, in the early days of the post-Franco democracy, the period called "transition"). In 1966, a flight accident involving the transport of US nuclear weapons occurred over Spanish territorial waters, near the town of Palomares off the coast of Almeria. A B52 aircraft carrying a hydrogen bomb had an accident, causing one of the bombs to fall to the seabed and leak radioactivity.

The Spanish public was sensitized on nuclear weapons, if not negatively disposed towards them.

This incident, initially kept secret by Spanish authorities, made nuclear weapons unpopular on two accounts: firstly, they had been brought to Spanish territory because of the defense arrangement with Washington, a key foreign policy success of the Franco regime that consolidated it internationally; secondly, the accident evidenced that these weapons were not free of risks for the Spanish population.

One of the short-lived governments of the early days of the democratic period promoted NATO accession on condition that the country remained free of nuclear weapons. The social-democratic majority government that ensued shortly after promised a referendum on continued NATO membership. While the government campaigned in favor of Spanish permanence in NATO, it insisted that Spain must remain free of nuclear weapons. The outcome of the referendum confirmed the permanence of Spain in the Atlantic Alliance, and as well as its non-nuclear condition. In 1986, Spain acceded to the Treaty on Non-Proliferation of Nuclear Weapons (NPT), which gave way to a period in which Madrid distinguished itself for its excellent non-proliferation credentials.

By then, the political landscape offered a more fertile ground to opening up such discussion than in previous decades, when two large, moderate parties - centre-left Partido Socialista and centre-right Partido Popular - alternated in power, with the occasional support of nationalist parties. Indeed, foreign policy elites associated with both parties upheld adherence and support to NATO arrangements, and chose to stay away from discussions that could challenge the consensus fraught in the early 1980s. Elite consensus assumed that discussing extended nuclear deterrence risked re-opening a broader debate on the adequacy of NATO guarantees for the security of Spain, fundamental questions which have not been discussed since the early 1980s. Combined support for both parties dropped from 83.8% in 2008 to 73.4% in 2011 and 50.7% in the 2015 national elections. A party system long dominated by two big parties gave way to a number of new ones. A first stage saw the rise of a centrist party, Ciudadanos, and far left party Podemos (renamed Unidas Podemos), which accompanied the electoral success of secessionist parties in Catalonia. In a second step, a far right party, Vox, contributed to the fragmentation of the political landscape.

This fragmented picture, coupled with a weak tradition in coalition-building in recent Spanish politics, translated into failed coalition talks and led to the repetition of elections. Against this background, a left-wing coalition between Partido Socialista and the junior partner Unidas Podemos came to power in 2018. As part of the coalition deal struck between both party leaders in September 2018, a commitment was made to accede to the TPNW. However, no steps have been taken towards accession yet.

The percentage favorable to the TPNW in Spain is indeed the highest among the countries surveyed.

A possible signature of the treaty has been raised at the Spanish Parliament on several occasions. Prior to the arrival in power of the current left-wing coalition, a non-legislative proposal was tabled by the Partido Socialista, then an opposition party, calling for the support of UNGA resolution and participation in the negotiations leading to the drafting of the legal text. Questioned by Unidas Podemos, MP Pablo Bustinduy, Foreign Minister Alfonso Dastis from the centre-right government under Partido Popular announced in February 2017 that his government had no plans to sign the treaty, due to a desire to preserve the NPT, "seeking broader agreements than that attracted by the TPNW", and in the interest of solidarity with NATO partners". It also posited that while his government shared the "spirit" of the TPNW, the treaty "followed the wrong path towards disarmament". With no nuclear power among its signatories, it is claimed that it risks undermining the only regime that is limiting proliferation, namely the NPT.

After the 2018 power transfer to the ruling left-wing coalition, the current government has responded to questions by MPs from left wing and separatist opposition groups in similar terms, apparently backtracking from the initial intention to sign the treaty. Official responses posit that while "Spain advocates a nuclear weapons-free world at every International forum", it does so "from a realist perspective which takes into account security commitments and allows for progress towards that objective", echoing the language employed by the previous centre-right government. In September 2020, a non-legislative proposal was tabled by a separatist MEP calling for accession to the TPNW. Meanwhile, an opinion poll published in January 2021 and commissioned by the International Campaign for the Abolition of Nuclear Weapons (ICAN) reports a high level of support for the treaty. The percentage favorable to the treaty in Spain is indeed the highest among the countries surveyed (89% of the Spanish population as opposed to 87% of Italians or 78% of Danish).

Nowadays, Spain does not stand out for a marked profile in the nuclear weapons landscape. A 2018 study on European states' attitudes towards nuclear weapons noted that the country had "little to no interest in nuclear weapons". In its classification of NATO members which are concurrently EU members into "pragmatists" who accept the importance of the nuclear element in NATO’s strategy and "conformists" who attach only limited importance to nuclear deterrence, the ECFR study placed Spain in the second group. Overall, Spain’s position is determined by its enjoyment of the NATO nuclear umbrella on the understanding that hosting nuclear weapons would be misaligned with public opinion.

Spain’s position can be summarized as follows: Spain is a dispassionate supporter of nuclear deterrence in the context of the Atlantic Alliance.

On the other hand, the population has a predominantly anti-nuclear attitude, even though it is not mobilized. Support for nuclear deterrence within the Atlantic Alliance is neither politically sensitive nor economically costly for Madrid, given that it is not required to participate in the nuclear sharing. Foreign policy elites find themselves in the comfortable position that they can maintain their support for nuclear deterrence within the Alliance’s framework despite weak popular support. This is due to the combination of, on the one hand, its non-participation in nuclear sharing that originated in the post-Franco period and has survived into our days undisturbed, and on the other, the inexistence of a public debate that could potentially mobilize an overwhelmingly critical public opinion.

The preservation of what is regarded as a hard-won, fragile internal consensus emerges as the key consideration for the support of existing nuclear deterrence arrangements. This primarily inward-looking motivation sets the Spanish case apart from other cases reviewed in this collection. Others, like Sweden and Finland, refrain from challenging the transatlantic nuclear order despite their lack of NATO membership because they feel threatened by a nuclear-armed, increasingly uncooperative Moscow. By contrast, Madrid’s reluctance to see a debate on European deterrence unleashed is detached from threat perception: its key external security concerns, such as the instability emanating from the Sahel or other North African challenges, can hardly be deterred with the threat of a nuclear strike. Keeping its reputation as a faithful ally abiding by the agreements it commits to in Brussels emerges as the priority in its stead.

See also
Regions > Europe | Topics > Security
Weapons of Mass Debate - Greece: a Key Security Player for both Europe and NATO
Analyses | 12 July 2021 | Yvonni Efstathiou | Bill Kappis
During the Cold War and until 2001, Greece hosted US nuclear weapons on its territory, as part of a NATO nuclear-sharing agreement. Yet, recent geopolitical developments - the US’s progressive military disengagement from the Middle East, its "pivot to Asia", debate around removing nuclear weapons...
Next
Regions > Europe | Topics > Security
Weapons of Mass Debate -  Germany’s Unease Around Nuclear Deterrence
Analyses | 8 July 2021 | Dr. Claudia Major | Dr. Christian Mölling
1945 ushered in the nuclear era. Yet, the construction of a European project, with the ambitions to achieve economic integration and strategic cooperation, did not have an agenda on nuclear force and deterrence. French President Emmanuel Macron brought the issue back up in a speech delivered at the...
Next
Regions > Europe | Topics > Security
Weapons of Mass Debate - Sweden Between Armed Neutrality and a Nuclear Umbrella
Analyses | 1 July 2021 | Andreas Persbo
During the height of the Cold War, Sweden was one of the several small nations that considered acquiring nuclear weapons. The Scandinavian country, known for its neutrality policy, eventually abandoned the project when the Treaty on the Non-Proliferation of Nuclear Weapons (NPT) was signed in 1968....
Next
Regions > Europe | Topics > Security
Weapons of Mass Debate - Polish Deterrence with Russia in the Line of Sight
Analyses | 6 July 2021 | Łukasz Kulesa
Emmanuel Macron brought the issue of European nuclear deterrence to the forefront, with his February 2020 speech. Though hardly any clear commitments were made, his proposal resonated with Poland as an opportunity to reassess the country’s position and nuclear strategy within the European and...
Next
SIGN UP FOR OUR NEWSLETTER
for a handpicked selection of analyses each week Yes please
Series |
Next
Publication -
Next
...
Next
Séminaire réservé exclusivement
à nos entreprises adhérentes
Restricted to
member companies
Next