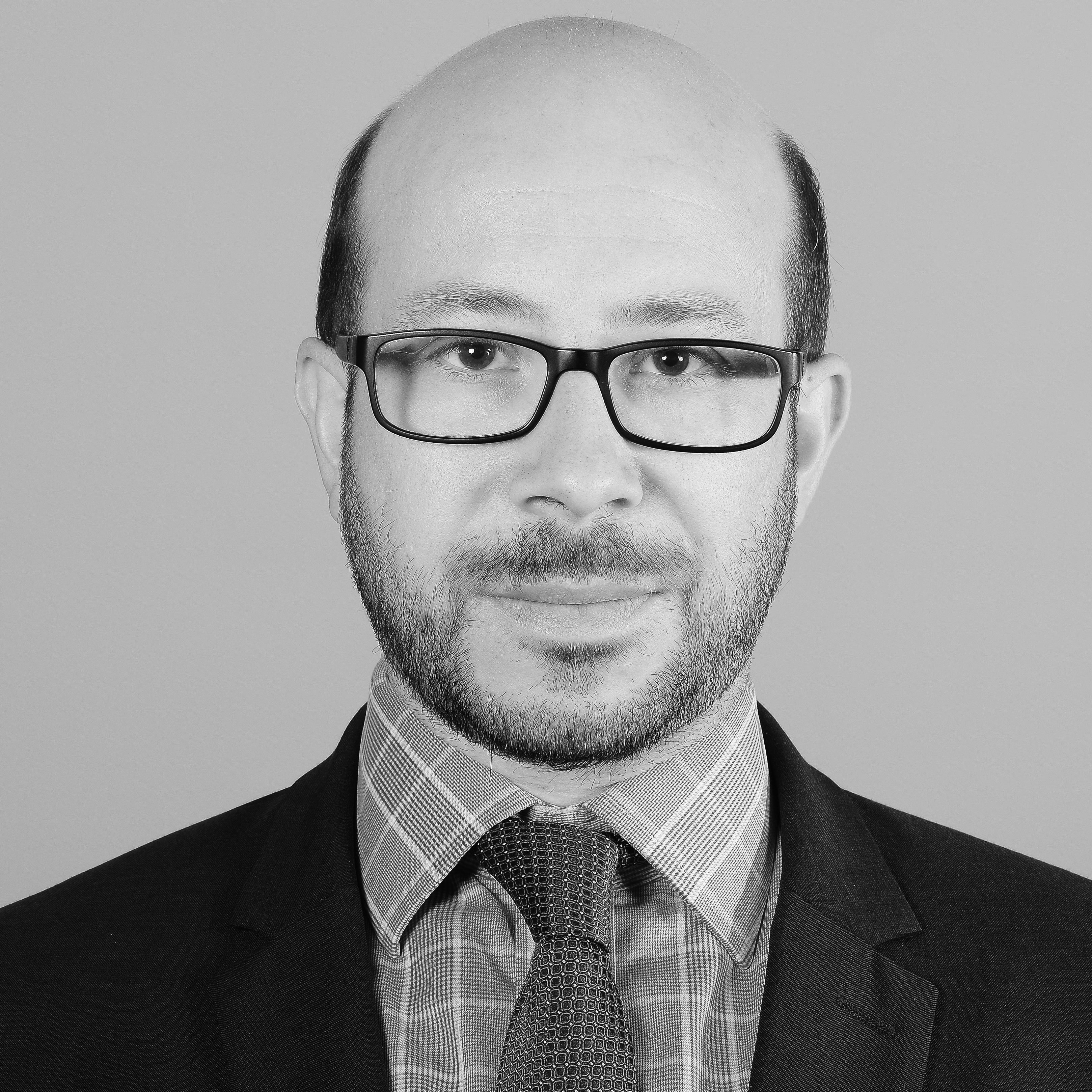 Emmanuel Macron brought the issue of European nuclear deterrence to the forefront, with his February 2020 speech. Though hardly any clear commitments were made, his proposal resonated with Poland as an opportunity to reassess the country’s position and nuclear strategy within the European and NATO context. From the outset, Poland has ranked the nuclear threat as important in its strategic assessments, and considered that nuclear deterrence should play a major role in its defense and national security strategy, especially towards Russia. The strategy has remained the same to this day. In this third chapter of our Weapons of Mass Debate series, Lukasz Kulesa, Deputy Head of Research at the Polish Institute of International Affairs, sheds light on Poland’s nuclear strategy and outlines conditions under which a European dialogue such as the one proposed by President Macron could be launched.

For Poland, nuclear weapons are an important factor in international relations which can be neither ignored nor wished away. Poland has been an active member of the NPT and other nonproliferation treaties and regimes, having chaired, for example, the 2018 Session of the Preparatory Committee of the NPT Review Conference. Unsurprisingly, it considers complete nuclear disarmament to be the ultimate goal for the international community. At the same time, it has consistently taken the position that disarmament has to be achieved step-by-step, and not through unilateral disarmament of Western countries. Warsaw recognizes the value of nuclear deterrence as an instrument contributing to strategic stability, including between Russia and NATO. Nuclear deterrence is not an ideal or "fit-for-all-threats" approach, but - together with conventional deterrence and arms control it does play a role in preventing nuclear and large-scale conventional war in Europe.

Nuclear deterrence with Russia in sight

For Poland, Russia is the main point of reference in the discussion on nuclear deterrence. Moscow has increased its military capabilities. It has broadened options for non-nuclear warfare and operations under the threshold of war, but so far this has not led to the reduction of its nuclear potential. Especially worrying is the large stockpile of "non-strategic" nuclear weapons, estimated at 1,900 warheads, and the dual (conventional and nuclear) mission of a number of Russian weapon systems. These include the Iskander ballistic and cruise missile system, the intermediate-range 9M729 cruise missile, and multiple types of aircraft, ships and submarines. Given this set of capabilities, the Western discussions about the existence or non-existence of an explicit Russian "escalate to de-escalate/escalate to win" doctrine risk missing the forest for the trees. Any crisis or conflict with Russia would be developing under a nuclear shadow, and Russia could flexibly resort to a number of approaches and tactical steps to reach its policy goal. Russian leadership would most likely want to use its nuclear signaling early to drive a wedge between NATO allies, and also leverage its nuclear capabilities for intimidation, coercion and escalation purposes - preferably without actual use.

Moscow’s nuclear potential and doctrinal attitude provides the main justification for the Polish support for a strong nuclear posture from NATO.

Moscow’s nuclear potential and doctrinal attitude provides the main justification for the Polish support for a strong nuclear posture from NATO. Poland has been supportive of the re-affirmation of the role of nuclear deterrence which occurred following the Russian annexation of Crimea and deterioration of the NATO-Russia relationship. The contributions of the British and French nuclear arsenals to NATO deterrence and their status as independent centers for nuclear decision-making are duly recognized.

In contrast to the criticism of some European allies, the UK Integrated Review’s decision to re-confirm the importance of nuclear deterrence and increase the nuclear warhead ceiling was broadly seen as positive and reasonable, given the worsened security situation. However, as far as Poland is concerned, the credibility of NATO’s posture is founded primarily on American extended nuclear deterrence pledges and capabilities. Forward-deployment of American nuclear weapons in a number of Western European countries and nuclear sharing arrangements are seen as strengthening both the political and military aspects of deterrence. Poland is known to favour the continuation of the current arrangements, especially German nuclear sharing participation. Warsaw is sometimes portrayed as a potential candidate to join the group of allies more directly engaged in NATO nuclear missions (i.e. with dual-capable aircraft capability) or even to host American nuclear weapons. The latter seems unlikely, as nuclear deployment in Poland would significantly raise tensions with Russia and its legality could be questioned in the NPT context. But any changes in the composition of the group of Western European nuclear sharing countries would require a NATO-level reassessment of the posture, which may include adding new contributors to the scheme.

Towards an evolution of the American doctrine?

Given these preferences, the arrival of the Biden administration raised some questions in Poland with regards to the future of NATO’s posture. More specifically, as the US administration starts the review of its nuclear policy and prepares for the next round of arms control talks with Russia, two issues seem to top the agenda. The first one is the likelihood of a scenario of the US withdrawing its nuclear weapons from Europe, perhaps as part of a broader arms control agreement with Russia. Poland would almost certainly oppose any unilateral or early withdrawal and would closely scrutinize any potential US "package deal" with Russia to see what nuclear reductions were achieved on the Russian side in return. Still, such an arms control agreement would probably take a long time to complete. The second, more pressing issue, is the potential change in the American nuclear doctrine from the current "calculated ambiguity" regarding nuclear use, to a sole purpose or no-first-use policy. Polish officials would probably argue against such a move in any consultations with the Biden administration. Granted, the likelihood of the US using nuclear weapons first, in response to an armed attack against its NATO allies in Europe is extremely small, as in such a case the US and NATO would probably seek to exhaust non-nuclear options first. Still, an explicit doctrinal renunciation of such a response could have detrimental effects when it comes to the perception (both internally, and by the adversaries) of the general resolve of the US to support its allies. Unless paired with significant augmentation of non-nuclear deterrence posture, this doctrinal change may weaken NATO’s cohesion.

Does this provide an opening for France to replace the US as the provider of the proverbial nuclear umbrella for Europe? As regards Poland, the predominant response would be "no". There certainly are a number of points of agreement between Warsaw and Paris:the general views on the importance of nuclear weapons and nuclear deterrence, skepticism towards the American no-first-use discussion, and a shared critical stance as regards the TPNW (nuclear ban treaty).

The US would fulfil its defense commitments towards Poland all the way to the nuclear conflict level.

At the same time, France’s policy is seen as being driven by its singular view of its international role and its security interests, which is not always consistent with the Polish one, not least when it comes to relations with Russia. Adding to this is lingering suspicion that the French insistence on strengthening European sovereignty in security and defense aims at weakening NATO and the transatlantic link. There are also questions about the continuity and predictability of French policy, given the extreme views on foreign and security policy of some of the potential successors of President Macron at the Elysée.

From Warsaw’s point of view, the idea that the existing NATO nuclear posture - including the US and the UK’s commitments and a seat at the table in NATO’s Nuclear Planning Group -, may be replaced by nuclear assurances from France does not look particularly attractive. To simplify, while there is a strong assumption - but not certainty - that the US would fulfil its defense commitments towards Poland all the way to the nuclear conflict level (this confidence is reinforced by American troops deployments in Poland), there is skepticism as to whether France would show up for a fight in case of any serious military contingency involving Russia - even if such pledges would be repeated over and over and again at the political level. Broader political disagreements between Poland and France and the low "density" of the bilateral security cooperation reinforce that sentiment.

Realism as the key to a European dialogue

President Macron’s February 2020 offer of a strategic dialogue on nuclear deterrence could be an opportunity to discuss and perhaps address some of these issues. This dialogue would most likely not happen at the EU level or within the Strategic Compass exercise, as some EU Member States are clear about their anti-nuclear deterrence stance. After (hopefully) overcoming the Covid-19 emergency, this may be a good time for French diplomacy to present more details on Macron’s initiative to a group of European states, including Poland.

One can also envisage a parallel discussion on increasing credibility and visibility of existing French extended nuclear deterrence commitments to its European partners.

It would however be important to set the aims and expectations for such a potential dialogue realistically. It could be first and foremost an opportunity for interested non-nuclear European states to get a better insight into the French nuclear strategic culture and doctrine. It would also allow them to examine how France itself sees the broader European role of its nuclear forces, and also its positioning both within the Atlantic Alliance posture and against potential adversaries. This "clarifying" dimension of the dialogue may involve - as suggested by Macron - observing some French nuclear-related exercises, or taking part in simulations of decision-making processes during nuclear crises.

The next steps, which would of course require more substantial preparations, may consist of examining the options of actually involving other countries in Force de frappe training activities (which may look different for the maritime and air component). One can also envisage a parallel discussion on increasing credibility and visibility of existing French extended nuclear deterrence commitments to its European partners, for example through deployments or overflights of French aircraft from the squadrons with nuclear mission, or port calls by nuclear submarines.

It would be important for France to avoid overreach. Some of the potential partners may be worried that their interest could be interpreted as a ‘non-confidence vote’ towards the credibility of American extended deterrence, or a signal of support for creating a French-led European nuclear deterrent. Any indication that the initiative would lead in that direction would probably mean crossing a red line for the states who see NATO as their primary security provider. But even for those who doubt the motives of the French, the dialogue aimed at getting a better understanding of what France brings to the table when it comes to nuclear deterrence, and how this relates to NATO’s nuclear deterrence potential, may be worth exploring.

See also
Regions > Russia | Topics > Security
Weapons of Mass Debate - Sweden Between Armed Neutrality and a Nuclear Umbrella
Analyses | 1 July 2021 | Andreas Persbo
During the height of the Cold War, Sweden was one of the several small nations that considered acquiring nuclear weapons. The Scandinavian country, known for its neutrality policy, eventually abandoned the project when the Treaty on the Non-Proliferation of Nuclear Weapons (NPT) was signed in 1968....
Next
Regions > Russia | Topics > Security
Weapons of Mass Debate - Integrating the UK Into the European Discussion
Analyses | 28 June 2021 | Malcolm Chalmers
Since the August 1945 nuclear attacks on Hiroshima and Nagasaki that led to Japan’s unconditional surrender and ultimately kicked off the Cold War, nuclear weapons have changed the face of warfare and international relations. They laid a shadow on the international stage with the start of a...
Next
SIGN UP FOR OUR NEWSLETTER
for a handpicked selection of analyses each week Yes please
Series |
Next
Publication -
Next
...
Next
Séminaire réservé exclusivement
à nos entreprises adhérentes
Restricted to
member companies
Next