Vietnam's New Leadership: The Rise of the Security Apparatus 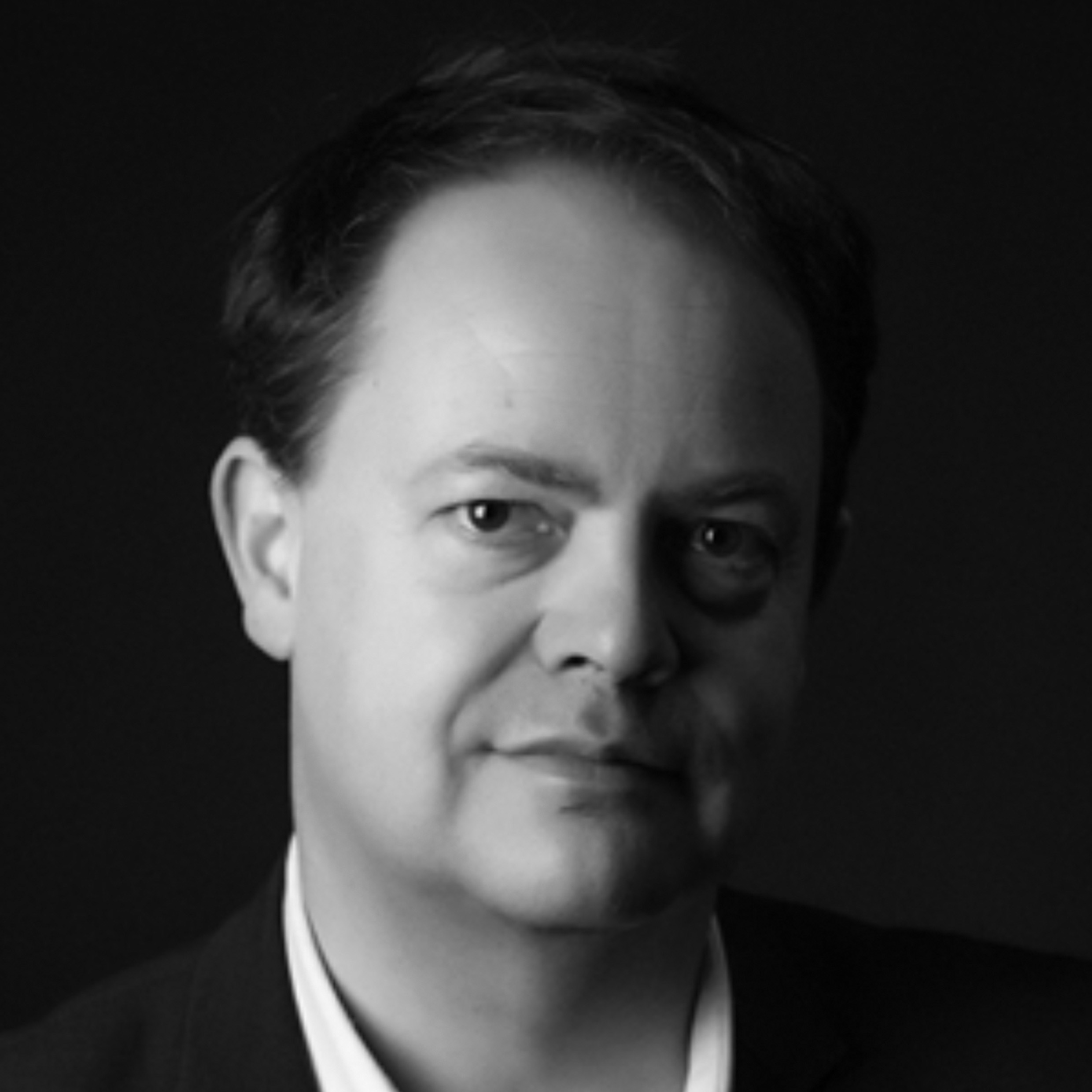 On April 5, Vietnam selected the leaders who will hold the country’s four key positions over the next five years: the General Secretary of the Vietnamese Communist Party, Prime Minister, President, and President of the National Assembly. These appointments, which originated in decisions by the Party Congress, were confirmed through a vote of the National Assembly. Benoît de Tréglodé, head of Africa-Asia-Middle East research Department at the Institute for Strategic Research of France’s École Militaire (IRSEM), sheds light on the significance of these appointments, Vietnam’s relationship with China and Russia, and the motivation to preserve the Party’s authority within Vietnamese society.

At the recent 13th National Congress of the Vietnamese Communist Party (PCV), PCV General Secretary Nguyên Phu Trong was appointed to a third term in office despite his 77 years of age and poor health. During the last session of the National Assembly of Vietnam’s 14th Legislature (March 24-April 8), the country chose a new team of leaders. Nguyên Xuân Phuc, the outgoing Prime Minister who managed to execute impressive control of the COVID-19 pandemic, was elected president; Pham Minh Chinh was elected Chairman of the Central Party Organization Committee and Prime Minister; and Vuong Dinh Hue, former Party Secretary of Hanoi, is now Chairman of the National Assembly.

What should we take from these appointments? At first glance, Vietnam seems to be sending a signal of continuity-and strength. New Prime Minister Pham Minh Chinh is expected to stick to his predecessor’s policies with respect to economic growth and institutional reform. The country hopes to diversify its trading partners, in order to counterbalance its growing economic dependence on China. In 2020, Vietnam was China’s largest trading partner within the ASEAN region, with a volume of trade reaching $192.2 billion-an increase of 18.7%. Beijing is the country’s third largest foreign investor. The Vietnamese have always tried to balance the economic, political and strategic interests of the great powers while maintaining full membership (since the mid-1990s) in ASEAN.

The 13th National Congress of the PCV has shown a readiness to increase security within the structure of the Vietnamese state.

In the context of heightened Sino-American rivalry in the Indo-Pacific zone, and particularly in the South China Sea, the 13th National Congress of the PCV has shown a readiness to increase security within the structure of the Vietnamese state. Through Pham Minh Chinh, the three-star general and former Deputy Minister of Public Security, and General Tô Lâm (the previous Minister of Public Security who was just reappointed for a second term), the police have now gained representation within the state apparatus.

The Ministry of Public Security has traditionally been strongly in favor of maintaining - if not increasing - the Party’s authority and sound ties with China. Now for the first time since the country’s 1976 reunification, the Political Bureau - the regime’s highest political body comprised of 18 members - can count one third of its members from among the country’s security forces. This includes four public security figures: Pham Minh Chinh, Tô Lâm and Phan Dinh Trac-Tô Lâm’s former deputy at the head of the Ministry in charge of security for the Central Committee-and Nguyên Hoa Binh, current Chief Justice of the Supreme People’s Court. The Ministry of Defense can claim two representatives, a first since 2001. Previously, only the Minister of Defense sat on the Bureau, along with Generals Phan Van Giang, the new Minister of Defense, and Luong Cuong, chairman of the General Department of Army Policy. In addition, there was the unexpected decision, made in February, to appoint General Nguyen Trong Nghia to the head of the Propaganda and Education Commission. This former vice-president of the General Department of Army Policy is best known for being the first person to lead Force 47, the ministry's famous unit of 10,000 cyber-fighters. Rumor has it that General Nguyen Trong Nghia, originally from Tien Giang in southern Vietnam, could also become the 19th member of the Politburo, or could at least obtain an influential deputy post. The final decision rests with Nguyên Phu Trong, and it will be highly significant as it will help calibrate the decision-making of the highest political body in the regime, and potentially reduce the under-representation of the south of the country (which currently has 3 members out of 18), while also consolidating the power of security actors.

What we see now in Vietnam is the consolidation of the Party’s authority in the context of social changes that might weaken its power. According to its representatives, there are two major challenges threatening the survival of the Party, and the regime: "the presence of hostile forces trying to overthrow the government, and the risk of ideological decline among the ranks, associated with a general decline in the confidence of the people."

What we see now in Vietnam is the consolidation of the Party’s authority in the context of social changes that might weaken its power.

Since the country reopened in the early 1990s, Russia has remained Vietnam's main security partner. In March, during discussions in Hanoi with Tô Lâm, Lieutenant General Phan Van Giang and Nguyên Phu Trong, Nikolai Patrushev, the Secretary of the Russian Federation’s Security Council, reminded the Vietnamese of the importance Russia places on their country’s political stability. This especially in a region weakened by "the emergence of much social unrest" (Myanmar, Thailand, Hong Kong). At the same time, Vietnamese police arrested Le Trong Hung, one of the 70 independent candidates in the parliamentary elections scheduled for May, for propaganda against the state. Through his campaign, the Vietnamese had demanded the creation of a constitutional court, and the passage of laws relating to surveillance and the right to protest.

On the occasion of the 12th Congress of the PCV in 2016, which marked the start of Nguyên Phu Trong's second term, the Ministry of Public Security discreetly strengthened its partnerships with Chinese security organs. While the two countries often clash over maritime issues in the South China Sea, they agree on issues of social stability as well as the future place of the Party within society. A few days after the end of the 13th Congress, Chinese Minister of Public Security Zhao Kezhi visited Hanoi to co-chair the 7th conference on cooperation in the prevention and fight against crime, together with his counterpart Tô Lâm. During this visit, Zhao Kezhi spent several weeks with many of the new leadership’s most important figures.

In Vietnam, the Communist Party is responsible for securing the country’s legitimate interests, while benefiting from Chinese development. The choice of Pham Minh Chinh as the new Prime Minister confirms that the Vietnamese are still not able fully answer the call of the Indo-Pacific. Pham Minh Chinh is believed to be the closest leader to China - other than Nguyen Phu Trong. Speculation about his position abounds, with some commentators already predicting that he will eventually look to succeed Nguyên Phu Trong in the event the latter experiences further health problems. He is also seen as having pro-Chinese positions, after his support for co-exploitation projects in China and the South China Sea, and for the creation of special economic zones in the country. After all it was Pham Minh Chinh, then a young intelligence officer, who was posted to Bucharest in the spring of 1989 to observe the effect the popular protests in Eastern Europe had on the communist powers in the region. And if we look through the list of positions he has occupied throughout his career in the Ministry of Public Security, the future Prime Minister has been continually at the head of the human and economic intelligence structures that focused on the defense of strategic national interests. In Vietnam, the new leadership is now making the control of its population a political priority, while also trying to meet the consumerist aspirations of the people in this favorable economic context. The PCV is facing the fight for the future of the regime by focusing on the "economic" dimension of its mission, while ensuring that security figures hold key positions.

See also
Regions > Asia | Topics > Security
From the Indo-Pacific to Alaska: The US-China Great Game
Analysis | 19 March 2021 | François Godement
"The first round of a boxing match": this prediction about the Alaska Sino-American meeting by Evan Medeiros, a former Obama adviser, has proven accurate. Although Chinese officials have often played last-minute theatricals on their interlocutors to gain a visible upper hand, there has never been a...
Next
China Trends #8 - Military Options for Xi’s Strategic Ambitions
Publication - February 2021
China Trends #8 by Institut Montaigne...
Next
SIGN UP FOR OUR NEWSLETTER
for a handpicked selection of analyses each week Yes please
Series |
Next
Publication -
Next
Asie
...
Next
Séminaire réservé exclusivement
à nos entreprises adhérentes
Restricted to
member companies
Next