The US-Afghanistan Peace Agreement and a Detached China 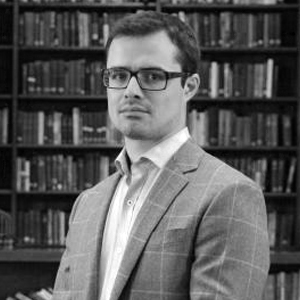 It has not taken long for the strains in the US-Taliban agreement to show. Within hours of signing the agreement, Afghan authorities appeared to be contradicting one of its key pillars. Within days, there was a noticeable return to violence, with the Taliban attacking government positions, the US striking Taliban forces and civilians getting killed. As more time has passed, perspectives are appearing to become more entrenched. What has been noticeable, however, has been the largely quiet response from Beijing, one of Afghanistan’s potentially most consequential neighbors that has played a relatively limited role in the country until now. A question lingering in the back of most regional planning is at what stage might Beijing ultimately step forwards to play a more proactive role.

An agreement for bringing peace

The agreement itself – at least the published part – appears fairly thin gruel. The rather clunky title "Agreement for Bringing Peace to Afghanistan between the Islamic Emirate of Afghanistan which is not recognized by the United States as a state and is known as the Taliban and the United States of America" reflects the immense complexity that undoubtedly underpins the broader effort to get to the position where the two sides were able to sign a document. The fact it has taken such a short period of time for the seams to show is a reflection of the rush with which it was assembled. This was an agreement to paper over an intense American desire to leave Afghanistan.
And to some degree this perspective is an understandable one. Washington has now been engaged in Afghanistan for almost two decades, and it is hard to see where the end of this conflict might lie. Simply slugging on may exhaust further American blood and treasure without changing much.

For President Trump, an agreement with the Taliban and withdrawal from Afghanistan will be another foreign policy victory he will add to the list that he will no doubt repeatedly shout about on the campaign trail.

At the same time, the precipitous nature of the US withdrawal as it is currently structured appears to answer a US political need and calendar rather than any Afghan interests. For President Trump, an agreement with the Taliban and withdrawal from Afghanistan will be another foreign policy victory he will add to the list that he will no doubt repeatedly shout about on the campaign trail – adding a cowed Taliban to the roster of dead terrorist enemies (which includes ISIS leader Abu Bakr al-Baghdadi, al Qaeda in the Arabian Peninsula’s leader Qasim al-Rimi and Iranian General Qasem Soleimani).

The impact of such a precipitous withdrawal is not clear. Many point to the fact that it took a few years for President Najibullah to hang after the Soviet withdrawal, with many ascribing the end of foreign aid to his government as the final nail in his coffin. But Afghanistan today is not the same country it was almost three decades ago, and the Taliban are not the same organization they were two decades ago. And in contrast to then when China was a far weaker power still emerging on the international stage, Afghanistan now borders one of the world’s fastest-growing economies (Coronavirus excepted). In many ways, it could be Beijing’s response now that will help shape Afghanistan’s future – be this in terms of investment in infrastructure, encouraging bilateral trade and playing a more proactive role in stabilizing the country in political, economic and security terms. How Beijing steps forwards could shape Afghanistan’s future.

So far, Beijing has been circumspect in its response to the peace negotiations. They have not been hugely positive, nor very critical. Rather they have said they will support the process and welcome a clean resolution to the conflict in Afghanistan. In gently critical pieces they suggest that the United States has more responsibility around blame than the Taliban, though they are very careful to not to point too many fingers.

This careful approach is a product of the fact that Afghanistan appears to be one of the few places where the US and China might still effectively cooperate. Notwithstanding tensions elsewhere, Beijing and Washington were able to craft a series of engagements in Afghanistan which they delivered together. However, this approach has been sorely tested since the arrival of the Trump administration and their single-minded and aggressive focus on China. This has extended to harsh criticisms of China’s activity around its western periphery with Secretary of State Pompeo attacking China’s activity in Central Asia during a visit last month, following blunt comments by Principal Deputy Assistant Secretary of South and Central Asian Affairs Ambassador Alice Wells about China’s activity in Pakistan and Afghanistan.

In blunt terms, she excoriated China’s involvement in Afghanistan during a Congressional hearing. While she acknowledged China’s willingness to engage on peace talks, in no uncertain terms she stated "I think that it is fair to say China has not contributed to the economic development of Afghanistan. We have not seen any substantial assistance from China. The Belt and Road is just a slogan." Just over two months later in a public discussion at the Wilson Center, she repeated these statements as part of a broader assault on China’s Belt and Road activities. When asked about Afghanistan she responded "I haven’t seen China take the steps that would make it a real contributor to Afghanistan’s stabilization, much less stitching it back into the Central Asia and the international community."

Unsurprisingly, this generated angry commentary in the nationalist Chinese Global Times newspaper which attacked Ambassador Wells and accused the United States of continually failing to provide an "efficient resolution to boost the Afghan peace process." In an interesting contrast, the newly installed Chinese Ambassador to Kabul Wang Yu responded to Ambassador Wells with a detailed presentation about China’s contribution to Afghanistan, including detail about the collaborative efforts that the US and China had done together. This more conciliatory approach likely reflects a desire by China to be seen as at least leaving itself open to cooperating in Afghanistan.

China no longer fears a US withdrawal

At the same time, however, it is not clear that Beijing has much plan to step forwards into the Afghan mess. Beijing has spent considerable time and effort over the past few years strengthening the various sides of the border that it shares with Afghanistan – it has provided investment and equipment support to Tajik border forces, Pakistani security forces in Gilgit-Baltistan, and hardened its own direct border.

All of this means that China is not too concerned about security problems in Afghanistan having a direct impact back on itself, or what concerns it might have it has now created buffers against.

It has provided support for Afghan forces in Badakhshan (in the form of camps, equipment, training and some joint patrolling), and it has sought to get the Shanghai Cooperation Organization (SCO) more engaged in the country. Particularly notably, it also instigated the creation of the Quadrilateral Cooperation and Coordination Mechanism (QCCM) that brings together the Afghan, Chinese, Pakistani and Tajikistani Chiefs of Military Staff and has started to explore doing joint training exercises together.

All of this means that China is not too concerned about security problems in Afghanistan having a direct impact back on itself, or what concerns it might have it has now created buffers against. And any problems they might generate in Central Asia or Pakistan are likely already factored into the regional instability that China expects in these regions. As a result, from Beijing’s perspective, there is little to be concerned about with regard to Afghanistan becoming a source of instability for China. It would appear that China’s security apparatus heeded Xi Jinping’s reported closed-door 2014 declarations about protecting the country from trouble from Afghanistan in the face of potential American draw-down.

This stands in contrast to the past, where Beijing was very alarmed by the prospect of an abrupt American withdrawal and did little about it. When such talk circulated in the early 2010s, Beijing started to panic, worried it would be left with chaos on its border though at that stage was not very confident about what would need to be done beyond hedging through Pakistani proxies. Flash forward and Chinese analysts are far more sanguine about Afghanistan. The government may survive, the Taliban may come in, fighting may break out, but China is unlikely to be impacted by much of this. Its limited investment projects in the country have not really delivered much, and while it is a positive aid contributor to the country, it has not taken the burden on that it might. No-one in Beijing is advocating for the PLA to deploy in the country. Rather, this time around, it would seem as though China is distancing itself from the American withdrawal, positioning itself as the honest broker who will be there and friends with whoever takes power. And in the event of complete chaos, China has now strengthened its direct borders insulating it from direct trouble.

Keeping the Afghan problem at bay

What is also clear, however, is that the goodwill that had been generated between the US and China over Afghanistan has likely gone.

Earlier discussions of China acting as a ‘security guarantor’ seem to have fallen by the wayside, and China seems to have given up the role of hosting the intra-Afghan talks. Beijing, it could be concluded, sees little good coming from the abrupt American withdrawal and wants to be as disassociated from the mess as possible. This would fit with the largely flat comments to have emerged from the MFA and Xinhua in the wake of the talks as they essentially wait the situation out.

What is also clear, however, is that the goodwill that had been generated between the US and China over Afghanistan has likely gone. From Beijing’s perspective, everything is now shaped through the lens of its conflict with the United States and COVID-19. Within this context, it might actually be preferable for the United States to stay bogged down in Afghanistan as this will distract Washington’s attention from China. Afghanistan used to be a place for potential cooperation, but this is likely not the case anymore. But Beijing is no longer fussed. This time China has laid its groundwork and is in a far more comfortable position to weather any chaos that might follow the implementation of the US-Taliban agreement. Washington may think this is a problem on China’s doorstep, but Beijing has hedged itself against most eventualities.

See also
Regions > America > Asia > Middle East & Africa
The China-US Trade "War": Decoupling Is a Marathon, Not a Sprint - Part 4
Analysis | 18 February 2020 | François Godement
As fate would have it, the coronavirus crisis has provided a live experiment of the consequences of a massive, if perhaps short-term, involuntary decoupling. The interruption of global value chains leads to the sudden stoppage of factories far away from China – tourism and the travel industry,...
Next
Regions > America > Asia > Middle East & Africa
A Crisis Management Mechanism in the Middle East Is Needed More Than Ever
Analysis | 10 February 2020 | Michel Duclos | Andrey Kortunov
The beginning of 2020 was marked by yet another major crisis in the Middle East region. The crisis culminated with the US elimination of General Qasem Soleimani and could have slipped towards direct military confrontation between the US and Iran - with unpredictable consequences not just for the...
Next
SIGN UP FOR OUR NEWSLETTER
for a handpicked selection of analyses each week Yes please
Series |
Next
Publication -
Next
...
Next
Séminaire réservé exclusivement
à nos entreprises adhérentes
Restricted to
member companies
Next