Turkey: Walking the Tightrope between NATO, Russia and Ukraine 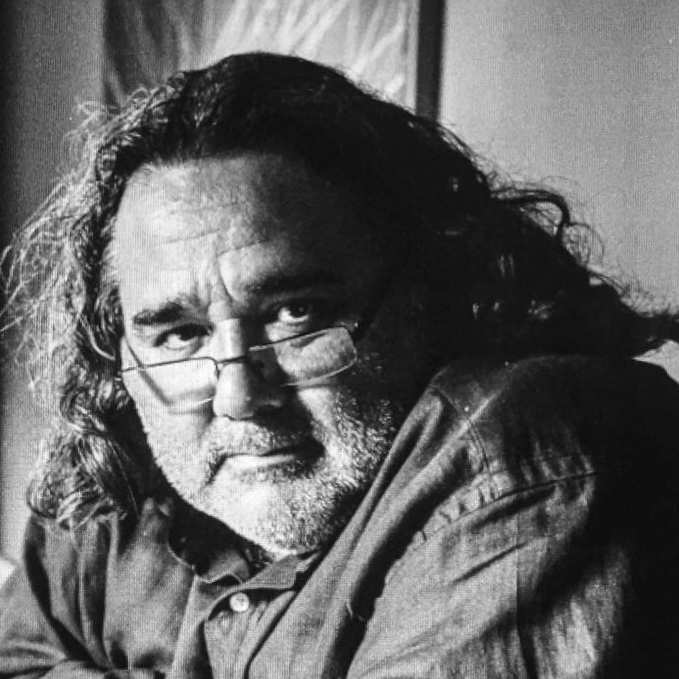 As a NATO member that is aligned with Russia but provides military support to Ukraine, Turkey represents a unique geopolitical player in the Ukraine conflict. President Erdogan has positioned himself as an intermediary between Russia and Ukraine, in an attempt to soften the Kremlin’s response, establish Turkey as a regional decision-maker, and restore relations with traditional EU allies. Yet Turkey’s long-term strategic interests are complicated by its dependency on Russian gas, as well as its commitment to Ukraine’s defense projects. Yörük Işık, geopolitical analyst at the Middle East Institute and founder of the Bosphorus Observer, weighs in on President Erdogan’s position in the Ukraine conflict, and its implications for Turkish foreign policy.

Erdogan held a meeting in Kiev on February 3, positioning himself as mediator between Russia and Ukraine. What were the key points of the meeting and their implications?

Much of the world viewed President Erdogan’s arrival in Kiev last week as one of many other high-profile visits, including UK Prime Minister Boris Johnson’s and Dutch Prime Minister Mark Rutte’s. But the Turkish President’s trip had been in preparation for months.

There were three key objectives to President Erdogan’s visit to Kiev:

The FTA signed by Ukraine and Turkey, negotiated over the past 12 years, will enter into force on January 1, 2023, after being ratified by both parliaments. It allows for 95% of Ukrainian goods - more than 10,000 items - to be imported into Turkey duty-free. This is part of Ukraine's strategy to expand its presence in the Mediterranean area, which already accounts for 54% of its foreign trade, according to Ukraine Customs data. Ukraine’s transport companies, fisheries, confectionery and furniture makers will benefit greatly from the FTA, but in the big picture, the agreement really favors Turkey, which produces cheaper, higher quality products in many industries such as electrical goods.

Ukraine’s willingness to conclude the FTA by making concessions it had not made before speaks to the importance it places on Turkey’s commitment to Ukraine’s security.

Easier access to Ukrainian wheat will solidify Turkey’s position as one the world’s leading exporters of flour products. Ukraine’s flour makers, greenhouse vegetable producers, electrical equipment and engine manufacturers will face fierce Turkish competition, but Ukraine agreed to the deal in exchange for increased cooperation with Turkey on defense and Turkey’s further commitment to Ukraine’s territorial integrity and sovereignty. Ukraine’s willingness to conclude the FTA by making concessions it had not made before speaks to the importance it places on Turkey’s commitment to Ukraine’s security, and to gaining access to Turkish defense exports.

The Free Trade Agreement resulted from Turkey’s careful diplomacy, its participation in the Crimea Platform last year, and its willingness to significantly increase joint defense projects with Ukraine in the face of Russian threats. Ukraine will gain technology transfers from Turkey and unlimited access to production of corvettes and drones, like the Bayraktar UAV that the Ukrainian army used on 26 October 2021 to destroy a howitzer battery that had fired on Ukrainian positions in the south of the Donetsk Region. The Russian Foreign Ministry was quick to complain about Turkey’s arms sales to Ukraine, but nevertheless, a memorandum was signed during last week’s visit to establish a joint production, maintenance and training center. Equally importantly, the Ukrainian Ministry of Defense has ordered new Turkish-made Ada class corvettes, warships known for their maneuverability. Acquiring these ships will radically strengthen the combat capabilities of Ukraine’s Navy to enhance security in the Black and Azov Seas. Credible rumors suggest the possible sale of a mini-submarine, that Turkey will join the production of Antonov AN-178 military transport aircraft, and that Turkey will invest in the strategically important Ukrainian engine manufacturer Motor Sich, maker of turbine engines, including those for military aviation.

Turkey has been the latest in a series of countries attempting to step into the standoff between Russia and Ukraine. What sets the Turkish position apart?

Turkey's attempt to position itself as a mediator between Russia and Ukraine is a worthy goal, and possibly a maneuver to soften the Russian response to Turkey’s ever increasing strategic cooperation with Ukraine. Yet this goal is nearly impossible to attain. So far, all signs suggest that Russia is only seriously willing to engage with the United States, thus demonstrating its superpower status, if that means undermining and dividing European allies.

Yet, Turkey is not just another country attempting to step into the standoff. The relationship between Russia and Turkey is deep and complex. Recent conflicts from the Caucasus mountains to the Maghreb have exposed a curious military balance, as the superiority of Turkish UAVs to Russian defenses allowed Turkey to successfully assert itself into conflicts in Libya, Syria and Nagorno-Karabakh. Russia remains a nuclear power with a superior military to Turkey’s, but time and again, Turkey has spoiled Russia’s plans. In Karabakh, for the first time in history, Russia faced an outside power intervening in the original territory of the USSR. Turkey is also the only NATO country to have downed a Russian Air Force jet: a Turkish Air Force F16 shot down a Russian Sukhoi Su-24 attack aircraft near the Syria-Turkey border on 24 November 2015. Russia doesn’t want to face Turkey in Donbas.

Commercially, Russia and Turkey are locked into mutual interdependence that make conflicts very costly. Russia’s gas exports to Eastern Europe rely heavily on the TurkStream pipeline, which runs from Russia to Turkey via the Black Sea. Inaugurated in 2020, TurkStream weakens Ukraine’s role as a transit country for Russian gas. Nord Stream 2 would do the same, if Germany declares it has passed regulatory hurdles. Russia’s state-owned Rosatom is building a nuclear power plant on the Mediterranean under a favorable commercial contract, which also grants rights to operate a port for merchant vessels there.

Recent signs are that the Turkish government is planning to award a second contract to Rosatom. And Turkey holds the key to the Turkish Straits, the Bosphorus and Dardanelles, which are vitally important both commercially and militarily for Russia.

Finally, unlike other countries, Turkey also has a direct ethnic connection to Ukraine. Turkic Muslim Tatars were a majority until Stalin forced them out, and millions resettled in Turkey. Turkey has been supportive of the Tatar community in Russian-occupied Crimea. "Russia has usurped Crimea", Erdoğan said on January, 17. "Things cannot go on with a mentality of occupation".

Russia has expressed its worries over NATO's enlargement. How does Turkey's involvement in the conflict benefit Erdogan, given Turkey's relationship with the US and its role as a NATO ally?

Russia’s concern about NATO enlargement is merely a cover story created by the Kremlin, and a self-fulfilling prophecy: Russia claims to be worried about NATO expansion, but countries around Russia are pushed toward NATO because Russia refuses to treat them as equals. Russia’s recent aggressive policies have even pushed Finland toward NATO membership and Ireland to seek new security solutions.

President Erdogan faces deteriorating domestic political support and a heavily tarnished international image. Turkey has cornered itself not only with the EU but with the Council of Europe too, and in recent years has often found itself in opposition to traditional allies. The Ukraine crisis presents a rare opportunity for Erdogan, who is a very seasoned politician.

By siding with traditional allies, Erdogan can strengthen himself, soften some of the blows Turkey has received from its democratic decline, and further establish Turkey as a regional decision-maker and power center.

Putin’s priorities are different. Russia was kicked out of Europe 30 years ago. Putin wants to re-establish Russia as the dominant power on the continent. He wants to do this by going head-to-head against the United States, destroying its network of alliances and pushing America permanently out of Europe. This is one aspect of the Turkey-Russia relationship. Having been involved in Turkey for the last 200 years, Russia knows the nuances of Turkish politics extremely well. They have leveraged the decline of Turkish government institutions under Erdogan and his concentrated power. A case in point is Turkey’s purchase of S400 Triumf air defense systems. Using the opportunity presented by Turkey’s domestic political upheaval, Putin convinced Erdogan to purchase S400s. In doing so, he outplayed the Americans, sabotaged the US-Turkey relationship, and weakened the NATO alliance, all while preventing the deployment of F35s on Russia’s southern flank.

Everyone knows that Turkey is not shifting sides. In practice, Turkey remains one of the most significant contributors to NATO missions from the Baltic to the Mediterranean and the Black Sea. Despite frustration in both the US and Turkey, the NATO relationship is working. Last week, Erdogan said Turkey will not hesitate to fulfill its commitments if Ukraine’s territorial integrity comes under threat. However, the breakdown of transparent and accountable decision-making mechanisms in Turkey remains the soft underbelly of Turkish foreign policy.

So far, the US has not specifically engaged with Turkey in the Ukraine crisis. But if the situation escalates, the US and Turkey must overcome their S400 problem. Turkey’s discovery of gas in the Black Sea may provide another motivation to repair the damage, as Turkey chose to share the data with US energy giants Chevron and Exxon Mobil last June. This remains an issue to watch, because if the gas is commercially retrievable, it might also meet Ukraine’s gas demand and further deepen the Turkish-Ukrainian strategic relationship.

See also
Regions > Middle East & Africa > Russia
Revolution in Slow Motion: Politics of Resentment, Empowerment and Identity in Turkey
Analyses | 24 January 2022 | Soli Özel
Populism as a political movement receives a great deal of attention in politics and political science. The phenomenon is also linked to two developments of which it is both cause and consequence: democratic backsliding and its offshoot, electoral authoritarianism.  Whether populist...
Next
Regions > Middle East & Africa > Russia
France and Greece in a Defense Partnership: A View From Turkey
Analyses | 26 November 2021 | Sinan Ülgen | Soli Özel
Greek diplomacy has been visibly active in recent years. Athens has succeeded in building a number of alliances, networks and cooperative arrangements both on the energy and security fronts. Such developments have been facilitated by the deteriorating relations between Turkey and its transatlantic...
Next
SIGN UP FOR OUR NEWSLETTER
for a handpicked selection of analyses each week Yes please
Series |
Next
Publication -
Next
...
Next
Séminaire réservé exclusivement
à nos entreprises adhérentes
Restricted to
member companies
Next