Stronger Together - Finland: Time to Focus on Tangible Results 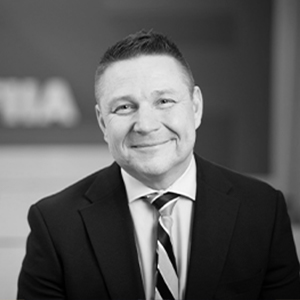 Finland is confronted with increasing geopolitical and geoeconomic rivalries, deriving from global challenges like climate change and the economic crisis due to the Covid-19 pandemic, and coupled with great power tensions that add to its key security challenges. Although Finland is a member of the UK’s Expeditionary Force, the European Intervention Initiative led by France, supports Germany’s Framework of Nations and is deepening its trilateral defense cooperation with Norway and Sweden, it does not belong to any military alliance. In this third chapter, Juha Jokela, Director of the European Union research programme at the Finnish Institute of International Affairs, analyses how Finland can become a stronger security and defense policy actor to increase Europe’s strategic autonomy and credibility on the international scene, and prepare for the increasing hybrid threats facing Europe.

Finland’s perceptions of the key security risks and threats are anchored in two interrelated developments in European and Finnish security landscape. Helsinki has identified global challenges such as climate change and pandemics as significant and multifaceted security threats. Great power tensions add to these and constitute a source of insecurity in its own right.

Increasing geopolitical and geoeconomic rivalry has casted a shadow over multilateral arrangements and institutions which aim to provide joint answers to common global and regional challenges. Moreover, the erosion of the prevailing rules-based order, including European security order, is highly damaging for the security of smaller states. A more assertive and militarily aggressive Russia has sounded an alarm in the capitals of North-East Europe. In addition to traditional military matters, hybrid threats constitute part of the mix of current security challenges. The picture has been further complicated by cracks in the transatlantic security relationship and Brexit.

In the last few years, Finland has aimed to hedge against evolving risks in its security environment by active participation in all relevant security and defense policy frameworks and initiatives. As an EU member, it has highlighted the role of the Union as a security community and worked actively - with France, for instance - to deepen European defense cooperation. Finland has also underlined the importance of the EU’s mutual assistance clause (TEU 42:7), and the need to enhance preparedness to combat hybrid threats.

In the last few years, Finland has aimed to hedge against evolving risks in its security environment by active participation in all relevant security and defense policy frameworks and initiatives.

In addition, the country has joined several defense cooperation initiatives such as the European Intervention Initiative led by France, the UK’s Joint Expeditionary Force and Germany’s Framework Nations Concept. Although it is not a member of the Alliance, Finland has increased its cooperation with NATO, with a particular focus on ensuring security in the Baltic Sea region. Bilaterally, it has strengthened ties with the United States and Sweden above all: Finnish-Swedish defense cooperation has been extended to all crisis scenarios. In the broader Nordic context, NORDEFCO has remained an important cooperation format. More recently, Finland, Sweden, and Norway signed an agreement aiming to upgrade their trilateral defense cooperation addressing security threats in the High North.

These actions highlight a qualitative shift in Finland’s security and defense policy. Defense cooperation has moved beyond international crisis management operations and is increasingly connected to Finland’s own defense and regional security. Accordingly, a new legislation was introduced in 2017, which allows Finland to provide and receive military assistance.

However, Finland does not belong to a military alliance (i.e. NATO), which means that independent defense capability remains the cornerstone of Finland’s defense policy. As a result, unlike many other European states, Finland continued to invest in its territorial defense system in the post-Cold War era. The country is currently executing two major strategic capability projects: the HX Programme will replace the relatively strong multipurpose fighter fleet of FA-18 Hornets by 2030; and the Squadron 2020 project aims at replacing seven vessels of the Finnish Navy with modern corvettes. These and other investments are estimated to increase the country’s defense spending from approximately 1.5 percent to 2 percent of the country’s GDP in the 2020s. There is a rather broad national consensus that these investments should be carried out despite the economic challenges related to the Covid-19 pandemic.

EU as the key security community for Finland

The Finnish notion of the EU as a security community draws from the country’s membership discussion in the 1990s. While the economic rationale played a key role, security policy considerations were deemed to weight equally or even more. In Finland, the EU membership in 1995 was seen to bring about stability and security by anchoring the country to (Western) Europe politically and economically. Interestingly, the decision to adopt the single currency from its outset in 1999 was also argued to come with security policy benefits related to deeper integration, as having the same currency as Germany, France and other Eurozone countries was expected to provide stability with regards to Finland’s international position and a seat in the currency union’s decision-making. Against this backdrop, support for stronger EU defense cooperation amid current security challenges and war-torn EU neighbourhoods, come as no surprise. The ambition to work towards European strategic autonomy in the field of security and defense has been welcomed by Helsinki, but approached pragmatically. Becoming a stronger security and defense policy actor would also make the EU a more credible actor in the world, which is increasingly marked by great power rivalry. Yet, there are no quick fixes to Europe’s security and defense dependencies, in particular with regards to the role of the US to provide geostrategic balance in the Baltic Sea region.

While Finland has strongly supported the launch of Permanent Structured Cooperation (PESCO) as well as the new EU tools to enhance defense industrial research and markets, these actions are expected to bear fruit in the longer term. More attention should be paid to the position of small and medium sized enterprises in order to make the EU defense market integration work for all. Relatedly, a less competitive milieu for defense systems and materials procurement should be averted, and the contribution of like-minded third countries with technological assets should be encouraged.

Importantly, the Finnish notion of the EU as a security community also carries a strong focus on non-traditional security threats such as hybrid threats, including cyber security and information manipulation for instance. In this context, other EU members have been interested in the comprehensive security reasoning of the Nordic EU members and the way in which they engage different administrative and societal sectors in building capacities to tackle all sorts of threats. This includes enhancing awareness of, and resilience against, potentially hostile hybrid actions.In this regard, EU tools such as strategic communication, investigation and verification of incidents, sanctions, as well as solidarity and mutual assistance clauses (TFEU 222 and TEU 42:7) are important tools to build up resilience and deterrence against hybrid threats.

The Finnish notion of the EU as a security community also carries a strong focus on non-traditional security threats such as hybrid threats, including cyber security and information manipulation for instance.

In light of the non-traditional threats and potential grey zone conflicts, the establishment of the European Centre of Excellence on Countering Hybrid Threats (Hybrid CoE) in Helsinki is an interesting development and a step in the right direction. An international, independent network-based organization promoting a whole-of-government and whole-of-society approach to countering hybrid threats responds to the ongoing developments in the European security landscape. The role of the Hybrid CoE as a platform between the EU and NATO, providing a forum for strategic discussion and joint training and exercises also points toward added value of cooperation between these two key European security actors, with largely complementary assets in the field of non-traditional and hybrid threats.

After a period of notable Finnish activism to partake in various forms of security and defense cooperation, the focus in Helsinki is likely to shift towards making the most out of the reinforced cooperation, and potentially setting up priorities for participation. Finland’s Minister of Defense, Mr. Antti Kaikkonen, has recently highlighted the need to continuously review the ability of the different frameworks to deliver tangible outcomes. This is logical for a relatively small defense policy actor with limited resources. Building stronger European defense cooperation requires a comprehensive understanding of the diversity of security threats and issues faced by European states. The second step is to identify joint priorities and setting up results-oriented projects with realistic timeframes. The aspiration of the new US administration to work with its allies is likely to provide a somewhat more conducive environment to address burden-sharing and division of labour between key organizations such as NATO and the EU.

See also
Regions > Europe | Topics > Security
Stronger Together - Charting a Way Forward for European Defense
Analysis | 15 February 2021 | Mahaut de Fougières
The Covid-19 crisis has once again proven the need for more cooperation between European member states in times of crisis. It is also an example of the EU's ability to overcome its differences and design a common response, as demonstrated by the 750 billion euro recovery plan that member states...
Next
Regions > Europe | Topics > Security
Stronger Together - Greece: You Can’t Choose Your Neighbours but You Can Choose Your Friends
Analysis | 18 February 2021 | Spyros Blavoukos
The tensions underlying Greek-Turkish relations transcend time and persist, over immigration and maritime sovereignty rights. In the past few months, both countries have been at the brink of a military imbroglio, implying the need for a fundamental rethinking of Greece’s strategy of engagement...
Next
SIGN UP FOR OUR NEWSLETTER
for a handpicked selection of analyses each week Yes please
Series |
Next
Publication -
Next
...
Next
Séminaire réservé exclusivement
à nos entreprises adhérentes
Restricted to
member companies
Next