From Sarajevo to Mariupol: what the Yugoslav Wars can teach us about Ukraine’s fate 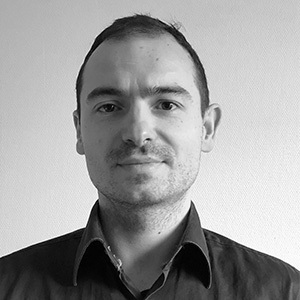 Comparisons between the former Yugoslavia and the war in Ukraine abound, especially with each new report of the horrors committed by Russian forces. The siege of Ukrainian cities is reminiscent of Vukovar and Sarajevo, while Butcha has been described as "the new Srebrenica". Commentators are already evoking the possibility of an outcome inspired by the Dayton Peace Agreement that ended the Bosnian War in 1995. Bosnia, of course, also comes to mind when considering the different ways in which Russia has attempted, and might attempt, to destroy the liberal order inherited from the pax americana of the 1990s.

While such comparisons, which attempt to locate the current conflict within familiar frameworks, can help guide our thinking, they also come with the risk of seeing parallels where there are none, and creating an excessively skewed representation of the Ukrainian war. The Yugoslav Wars were an immediate consequence of the break-up of the communist federation, whereas the invasion of Ukraine is a "delayed" consequence at most. Similary, while Serbia framed the conflict in Bosnia and Kosovo as a clash of civilizations between Christianity and Islam in an attempt to legitimize the conflict, the same does not apply to Eastern Europe today.

Nevertheless, the former Yugoslavia can help us better understand what is happening in Ukraine, with regard to three dimensions: discourse, the war itself and the actors involved.

Three levels of discourse are worth highlighting: narratives on identity, historical narrative and legal framing.

The former Yugoslavia can help us better understand what is happening in Ukraine, with regard to three dimensions: discourse, the war itself and the actors involved.

How about the military operations and crimes on the ground? There are differences, of course: neither the geography of the terrain nor the military configuration are the same. In Ukraine, there are no blue helmets and militias do not play a central role. But the self-declared Donetsk and Luhansk republics resemble the Republic of Serbian Krajina, which was built on the same concern for the protection of supposedly threatened minorities. Donetsk and Luhansk also granted Russia plausible denial of involvement in 2014, allowing the government to refer to "the little green men" or "patriots on vacation in Donetsk" instead.

The same applied to Milošević, who consistently denied that Belgrade was involved in the wars in Bosnia and Croatia. Those who called the conflict in Ukraine a "civil war" were often the same people who applied this term to Bosnia, where it was just as inaccurate.

Parallels also exist when it comes to the scale of atrocities. Intellectuals, opponents and notable figures are the main targets, along with civilians trying to flee or obtain supplies; massive bombardments aim to terrorize and destroy entire cities; rapes and mass murders of civilians are being covered up. The strike on the Kramatorsk train station in Ukraine is reminiscent of the Markale shelling of 1994; in both cases, attempts have been made to deflect blame. Russians are trying to hide crimes with the help of forced displacements and mobile crematoria; in Serbia, victims’ remains were excavated and moved. Some already qualify Russian acts in Ukraine as genocidal. When it comes to Bosnia, of course, the international justice system has already used this term several times to describe the events in Srebrenica.

So what are the possible outcomes? On this point, too, the Yugoslav case is instructive. First of all, it is clear that the political outcome will be determined by the military balance of power on the ground. There are serious limits to the comparison between the Ukrainian war and the Dayton Agreement, and not only because the latter was secured through American assurances and the deployment of 100,000 NATO soldiers. More important to note is that the Dayton Agreement was made possible in the first place thanks to the Croatian counter-offensive, Operation Storm, in the summer/autumn of 1995. The Americans asked the Croats to stop before taking Banja Luka. In other words, while the settlement of the Ukrainian conflict may involve compromise regarding the Donbass territory (or even Crimea), the situation on the ground is not yet ripe for such an outcome, and there is no indication that it will ever be. Moreover, many Bosnian commentators warn that a Dayton-inspired resolution of the conflict would lead to an impasse. Finally, it must be considered that any territorial changes recognized by the UN would very likely have implications for sovereignty claims in the region and could lead to a wider reassessment of Balkan borders, starting with Bosnia and Kosovo.

There is another possible parallel: what if Ukrainians recapture the entire territory, as the Croatians did when they drove 200,000 Serbs from Croatia into exile? This scenario is unlikely, and can only come to pass if the West sets out to achieve total Russian defeat and a complete end to the massive displacement and crimes in Russian-held territories. If the Russians do get defeated, there is no guarantee that Putin will follow the same fate as Slobodan Milošević, who was defeated in the 2000 elections thanks to a revolution after he tried to rig the results of the FRY presidential election. Russian elections are set to be held in 2024, but under conditions that make the 2000 elections in Serbia look like the pinnacle of transparency. In truth, no one can seriously imagine that Vladimir Putin will one day answer for his crimes in The Hague.

The final dimension that needs to be addressed is the attitude of Western countries. This comparison has its limits, too. The current confrontation does not come with the differences of opinion provoked by Bosnia at the time, despite a quasi-romantic sympathy for Russia (and Serbia) as a "natural ally" in some parts of French society.

The tremendous amounts of aid for Ukraine have aroused bitterness in Bosnia, where the enforcement of an arms embargo throughout all of Yugoslavia unsurprisingly resulted in overwhelming Serbian superiority. Nevertheless, tense discussions on Russian gas, as well as Kyiv’s pressing demands for more weapons, show that there is still a degree of reluctance in the West. This has led some Bosnians to say that Ukraine is ultimately on its own in its fight for survival - just as they were.

There is another possible parallel: what if Ukrainians recapture the entire territory, as the Croatians did when they drove 200,000 Serbs from Croatia into exile?

Twenty-seven years after Srebrenica, democracies are once again being asked what they are prepared to do in order to defend the values they promote. The Yugoslav Wars represented a dramatic contrast with the newfound peace enjoyed on the rest of the continent. Like Bosnia, Ukraine believes it is not simply fighting for its survival, but for a certain international order. Kyiv’s fear, like Sarajevo’s at the time, is that fatigue will set in among governments and populations as people become accustomed to the reports of mass graves and massacres.

If the war is to last, there is no doubt that more and more voices will be calling for a return to some form of normality with Russia. The debate on the effectiveness of sanctions is bound to intensify when they start to affect the entire Russian population. The choice to put pressure on the population is similar to the 1992 UN embargo against the Federal Republic of Yugoslavia (for which Russia voted in favor while China abstained). The reasoning was that this would, at the very least, signal the international community’s disapproval and, at best, incite the Serbians to turn against Milošević. However, it is doubtful that these two objectives were achieved, even if the Serbs finally overthrew Milošević in October 2000 after a decade of economic and moral ruin. It is worth noting that Russian society is even more isolated from international political debate than Serbian society was at the time.

This series of parallels leads us to two conclusions.

The first relates to the objectives of our support for Ukraine. At this stage of the war, a total military defeat of Moscow is a reasonable objective, even without saying so openly. Russia will not stop if it is not stopped - monstrosities included - and, as argued above, the political outcome will be determined by the military situation. Total Russian defeat is the only way to exert influence on the conflict’s resolution, both to prevent revenge war crimes and massive displacement - in other words, to avoid the fate that the Sebrs of Croatia suffered in 1995 - and to avoid a Dayton-type compromise. The latter would not only imply that the course of events truly forced Kyiv’s hand; it would also be a temporary solution that could open the door to future conflicts, and therefore to other tragedies.

It is possible that NATO’s attitude in 1999, when Russian paratroopers took Pristina airport, is still fresh in Russia’s mind. When asked by the commander of NATO forces to take back the airport immediately, a British officer in charge of the local forces infamously replied, "General, I am not going to start the Third World War for you". If this memory is indeed guiding Russia’s calculations, it is important to change this perception by taking measured risks.

The second conclusion relates to the European Union’s policy in the contemporary Balkan region more broadly. A small-scale but Moscow-assisted revival of Serbian nationalism is already underway. Everything that happens in Ukraine will have a direct or indirect impact on this EU periphery. Beyond the fates of Ukraine and Moldova, the EU would be wise to urgently rethink its entire neighborhood policy.

See also
Regions > Europe > Russia
How Europe Should Respond to Global Reservations on Sanctions
Analyses | 19 April 2022 | François Godement
Russia’s invasion of Ukraine, and the unspeakable brutality unleashed against civilians, has been met with quasi-universal condemnation. Even China, whose media maintain a strictly pro-Russian line at home, has termed events in Bucha as "deeply disturbing" on the UN diplomatic front. Beijing...
Next
Regions > Europe > Russia
Russia-Ukraine: Short-Term Energy Security Doctrines, Long-Term Climate Damage?
Analyses | 4 April 2022 | Joseph Dellatte
In the first two weeks of last November, the world gathered in Glasgow for COP26. Legions of delegates from around the world negotiated the Glasgow Climate Pact. We’ve followed the heated debates about whether or not we should engrave "phasing-out" or "phasing-down" coal usage in the conference...
Next
SIGN UP FOR OUR NEWSLETTER
for a handpicked selection of analyses each week Yes please
Series |
Next
Publication -
Next
Europe | Russie
...
Next
Séminaire réservé exclusivement
à nos entreprises adhérentes
Restricted to
member companies
Next