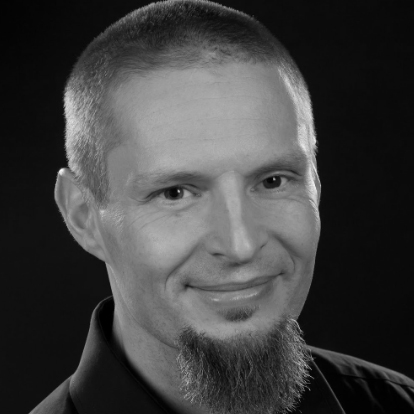 Due to exploding energy prices caused by the Russian invasion of Ukraine, criticism of additional CO2 pricing is on the rise and the political support for further price increases is abating. Despite its obvious economic and environmental merits, increasing carbon prices is often accused of being unfair. Just like higher energy prices, they generally impact low-income households more than high-income households. This reality was ignored by governments for a long time. However, over the past two years, carbon prices in the EU Emissions Trading Scheme (EU ETS) have tripled and the scheme is supposed to be strengthened under the 2021 EU Fit-for-55 package. How to deal with the detrimental social impacts of high carbon prices has consequently become a more pressing issue. In this contribution, Sven Rudolph, policy advisor to the Institute for Church and Society (IKG) in Germany, provides us with some background and sketches a solution to tackle the regressive nature of carbon pricing.

The merits of cap-and-trade

Despite mixed experiences and often unfounded criticism, emission trading schemes (ETS) are on the rise. Many economists continue to emphasize the environmental effectiveness and the economic efficiency of cap-and-trade programs, or as they are commonly known in Europe: ETS. Supporters continue to emphasize that, as former Wuppertal Institute President Ernst Ulrich von Weizsäcker once pointed out, a market economy can only promote the common good and allocate scarce resources to the best use when "prices tell the ecological truth". And one of the founding fathers of Ecological Economics, Herman E. Daly, even names cap-(auction-)and-trade the number one policy for a steady-state economy, pointing to the fact that "[c]aps limit biophysical scale by quotas on … pollution … Auctioning quotas captures scarcity rents for equitable redistribution. Trade allows efficient allocation to highest use".

Based on this wisdom, many regions around the globe have introduced a carbon price. According to the latest research by the World Bank, around 24% of global greenhouse gases (GHG) are now subject to carbon pricing with US$ 84 billion of revenues raised in 2021 alone. With respect to ETS, for 2022, the International Carbon Action Partnership (ICAP) counted 34 jurisdictions on all governance levels from local to supranational applying an ETS, with now 17% of global GHG being capped and a total of US$ 161 billion in revenues raised since 2008.

EU climate policy has also heavily relied on ETS since 2005. The EU ETS now covers the energy and industry as well as parts of the aviation sector. With a share of about 50% of total EU GHG emission under the cap, many consider the ETS the EU's flagship climate policy instrument. Consequently, the 2021 Fit-for-55 package also dedicated a major part of its reform proposals to the EU ETS such as the expansion of coverage of the original EU ETS 1 to the maritime sector, the introduction of a carbon border adjustment mechanism (CBAM), and the introduction of a new ETS 2 for transport and heating fuels. With respect to the latter, Germany made its move already in 2021 and introduced a national fuels ETS. The German scheme makes fuel importers and producers responsible for holding emission rights and starts with a five-years fixed price period - increasing from €25 per ton of CO2 in 2021 to €55 in 2025 - before moving to a true cap-and-trade design in 2026.

However, against the backdrop of exploding energy prices, warnings of the regressivity of increasing carbon prices have become louder, and proposals for remedies more sophisticated. According to a recent study by the DIW Econ think tank, poor households spend a four to five times bigger income share on energy than rich households do.

Against the backdrop of exploding energy prices, warnings of the regressivity of increasing carbon prices have become louder, and proposals for remedies more sophisticated.

Hence, low-income households are also disproportionately affected by a carbon price increase. The EU has already acknowledged this fact and, as a first response measure, proposed the Climate Social Fund in its Fit-for-55 package. 25% of the revenues from the planned EU ETS 2 are supposed to feed the fund, which, according to EU estimates, will provide EU Member States with approximately €53 billion over the period 2027 and 2032. Member states are supposed to develop Climate Social Plans, which outline their spending strategy for alleviating energy and mobility poverty.

An early DIW study estimated, however, that these measures only partially compensated for the energy price increases and also showed that low-income households would suffer a much higher net burden of 1% of their income compared to only 0.4% of high-income households. As a response to the critique, the new coalition government announced a climate dividend, the "Klimageld", to be implemented from 2023 as the major redistribution means of the German fuels ETS. However, many details of the redistribution are still to be decided, so the starting date of January 2023 remains questionable. In addition, on the downside, in the third relief package, the German government recently announced the suspension of the national ETS carbon price increase from €30 to 35 planned for 2023, which will also reduce respective revenues for redistribution.

Both theoretical social justice considerations and recent empirical studies indicate that an equal per capita dividend would be the preferred solution to protect low-income households from overwhelming carbon price burdens. Unpublished calculations by the renowned Mercator Research Institute on Global Commons and Climate Change show that such a dividend is very effective in compensating the regressivity of carbon pricing. At a €50carbon price, a per capita equal redistribution in Germany would lead to a net reduction of consumption expenditures of the lowest income decile by 0.75%, while the highest income decile would face a 0.5% increase. This performance is significantly better than all other tested alternatives including the ones implemented initially in Germany.

Obviously, a more targeted direct transfer differentiated by income would deliver an even better redistributional effect, but the administrative complexity and resulting extra costs of such an approach are considered unreasonable. In addition, an equal per capita dividend would be best in line with the idea of equal rights to the use of the natural environment, outlined in detail in Peter Barnes’ 2001 book "Who Owns the Sky?". More fundamentally even, the dividend approach would also comply with the criteria laid out by John Rawls in his 1971 seminal "Theory of Justice", where he defined justice as fairness. He calls for equality in terms of rights and freedom, chances and opportunities, while accepting inequalities for income and capital only within clearly defined, narrow boundaries (Difference Principle).

Regarding feasibility, a 2022 study commissioned by Climate Alliance Germany demonstrated that in Germany, there are no legal obstacles to a climate dividend paid out of the revenues from the national fuels ETS and that administrative challenges of the actual process of redistributing the dividend to households can be easily overcome. Results from the Kopernikus Project Ariadne have now shown that direct transfers fueled by the 25% EU ETS 2 revenue dedication to the Social Climate Fund would suffice to compensate either high-intensity energy consumers across all expenditure deciles or all consumers in the four lowest deciles.

An equal per capita dividend would be best in line with the idea of equal rights to the use of the natural environment.

Going beyond the 25%, e.g., by increasing the dedicated percentage within the EU ETS 2 or even using parts of the EU ETS 1 revenues, would not only allow for cost compensation, but also for a more comprehensive and consistent application of fundamental social justice concepts. This is particularly true considering that the EU ETS 1 alone has raised over €118 billion since 2008, and 2020 alone saw an annual revenue of €19 billion; and this was before the dramatic carbon price increase in 2021 and the proposed expansions of ETS in the future.

Not least, a new survey by DIW underlines the public support for such a measure in Germany. Amongst several alternatives for redistributing German fuel ETS revenues including, amongst others, an increase in the commuter tax allowance and further investments in renewable energies, an equal per capita "Klimageld" received the biggest support rate (43%) in a representative online survey conducted in August 2022.

In sum, ETS are already playing a key role in domestic climate policy due to their proven environmental and economic merits. And while social justice challenges have been raised more vocally in the recent past due to exploding energy prices caused by the Russian war against the Ukraine, both the EU and Germany have already taken on the challenge and proposed remedies such as the EU Social Climate Funds and the German "Klimageld". A more comprehensive and consistent approach, however, would redistribute a majority of, if not all ETS revenues back to the public on an equal per capita basis. This would not only make ETS more socially just, but it would also significantly improve the social acceptability of program expansion and further price increases.

See also
Topics > Environment > Energy
COP27: Time for Implementation
Analyses | 4 November 2022 | Joseph Dellatte
The 27th Conference of the Parties just kicked off in Sharm el-Sheikh in a particularly challenging environment that can only lead to pessimism about our ability to collectively tackle climate change. The current geopolitical situation is working against the ability of multilateralism to deliver...
Next
Topics > Environment > Energy
Meeting the Challenges of Sustainable Finance
Analyses | 22 April 2022 | Milo Rignell
In response to the economic impacts of both Covid-19 and climate change, EU member states have launched ambitious future investment plans, committing to reduce their emissions by at least 55% by 2030. A 'greening' of investments and finance is thus an immediate priority in order to achieve these...
Next
SIGN UP FOR OUR NEWSLETTER
for a handpicked selection of analyses each week Yes please
Series |
Next
Publication -
Next
...
Next
Séminaire réservé exclusivement
à nos entreprises adhérentes
Restricted to
member companies
Next