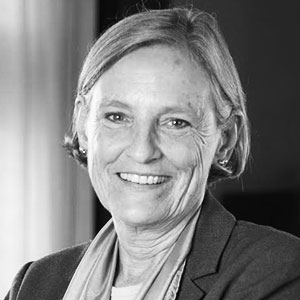 What is happening in the United States now is both distinctively American and a reflection of world-wide dynamics. Let us start with New York City, where I live.

After months of a lockdown designed to limit the spread of the Covid-19 pandemic, by the end of May, New York had seen nearly 17,000 deaths from the disease. People were growing increasingly anxious, not only about the disease, but about their everyday lives and household budgets. Schools had announced that they would not reopen before September and parents scrambled to supervise their children’s school work while worrying about a summer without either education or diversion. As monthly rent payments came due, promises of the phased reopening of economic activity seemed agonizingly distant.

It soon became apparent that the disease discriminated, by class and therefore by color. Death rates among Latino and black New Yorkers were at least twice those of whites. In a city where people of color constitute three-quarters of the city’s essential workers, the disproportionate death rate revealed both the actual importance of the jobs they do and the systematic discrimination they face. Three fifths of cleaning workers are Latino, and more than 40% of public-transit workers are black. Meanwhile, black New Yorkers represent 22% of the city’s population, but accounted for 28% of Covid-19 deaths.

With this striking portrait of the racial character of inequality in the United States as a backdrop, several stories about racist brutality at the hands of police hit the news. The most stunning was the now-famous video of the murder of George Floyd, a black man accused of using counterfeit money to buy a pack of cigarettes. The world watched as a Minneapolis police officer knelt with his knee on Floyd’s neck for nearly nine minutes, while Floyd cried out that he could not breathe until he lay still, dead from asphyxiation. The video is gruesome and shocking. But its release had followed a series of videos from around the country that vividly revealed, yet again, the danger of being black in America. A black man, Ahmaud Arbery, was murdered while jogging in Georgia and a white woman called the police claiming she was being threatened when a black birdwatcher asked that she leash her dog, as is the law, in New York’s Central Park.

With this striking portrait of the racial character of inequality in the United States as a backdrop, several stories about racist brutality at the hands of police hit the news.

These clearly documented incidents of discrimination and violence added to the prevailing conditions of the public health tragedy and widespread economic pain, triggering an explosive reaction. Crowds came out by the thousands across the United States, breaking through the pandemic lockdown to protest racism and police brutality. The Black Lives Matter movement, born in 2013 after the acquittal of a white man accused of murdering Michael Brown, an unarmed black teenager in Missouri, gained new traction as nightly protests swept the country.

While some protests ended in vandalism and looting, more videos quickly proliferated on social media of law enforcement officers provoking confrontations with lawful protesters, and responding to anti-brutality demonstrations with increasingly brutal and militarized methods of crowd control. President Trump threatened violence, taking to Twitter to echo the notoriously racist 1960s-era slogan "when the looting starts, the shooting starts," On June 1, he authorized the use of tear gas on a nonviolent protest one block from the White House while he addressed the nation, vowing the suppression of dissent in the name of law and order. That same night, New York City’s mayor imposed a curfew, following several chaotic nights in which police meted out punishment amidst otherwise largely peaceful protests.

Curfews are unusual in the United States; the last time an official curfew was imposed in New York was in 1943. The reason then, like the reason now, is telling: the New York mayor Fiorello LaGuardia imposed his curfew to end protests in Harlem prompted by the police shooting of an African American soldier.

Racism and police brutality are as old as America; this is the stain of slavery. The protests this week have been unusual, however, in their diversity. More white Americans are joining them and more prominent organizations are reexamining policies The National Football League, for example, acknowledged that they should have supported players’ protests against racism and police brutality earlier, and expressed support for the Black Lives Matter movement. Twitter decided to add a disclaimer to Trump’s tweet as "glorifying violence."But there are also echoes in these protests from beyond the United States, especially from the Middle East. New fortifications around the White House prompted a New York Times reporter to opine that "the universally recognized symbol of American democracy increasingly looks like a fortress under siege in the heart of the nation’s capital, a Washington version of the Green Zone that sheltered American and Iraqi officials in Baghdad during the worst of the war." The Washington Post quoted UN intelligence officials who worried that "the unrest and the administration’s militaristic response are among the many measures of decay they would flag in writing assessments about the United States for another country’s intelligence service".

In the Middle East itself, Rami Khouri, a Lebanese journalist, wrote that "it’s the American intifada," and Sarah Aoun, a Lebanese activist, said "In Beirut, there’s no pretense of the army and police being on the people’s side; we knew that from the beginning. But in the US, you assume police are peacekeepers and instead what they are doing is declaring war on their own citizens."

There are also echoes in these protests from beyond the United States, especially from the Middle East.

And indeed, the resonance is striking.

In 1987, I published a little-noticed article called "Lawless Government and Illegal Opposition: Reflections on the Middle East." After rehearsing the conventional arguments for the development and character of political opposition, such as cultural predispositions to rebellion, for example, or ethnic, religious, class and generational divides, or social mobilization of political entrepreneurs, I highlighted a dynamic I thought merited more attention, arguing that it is:

the political authorities who, in flouting the legal systems which they themselves often imposed, sow the seeds of intolerance and disrespect for law and reap the harvest of deviousness, extremism and illegality…. Although governments often justify repressive policies by pointing to the irresponsible extremism of their opponents, in many respects regimes face the opposition they deserve. Violent, secretive and ideological regimes give rise to violent, secretive and ideological oppositions.

At the time, it seemed obvious that the regimes of the Middle East were violent and secretive—and in marked contrast to their counterparts in the United States and Europe. Today, that still seems to be true of much of the Middle East, but far truer of the world as a whole.

In the intervening decades, indeed, starting in the 1970s, the United States has seen dramatic growth in its prison population and it now has the highest incarceration rate in the world, home to one in every five prisoners. Most of those incarcerated are poor—detained for minor offenses but unable to post bail. The American criminal justice system criminalizes poverty; incarceration in this country is both a cause and a consequence of a lack of resources and poor job prospects. And, people of color are overrepresented in American prisons and jails. Black Americans, who constitute 13% of the total population, represent 40% of the incarcerated.

Hand-in-hand with the growth of the prison population has been the militarization of policing. Particularly after 9/11, local police forces have been supplied with surplus military uniforms and equipment like battering rams, grenades, armored personnel carriers, which creates the incentive and capacity for them to use weapons and tactics designed for the battlefield: it is estimated that at least five hundred local police forces were provided vehicles built to withstand armor piercing roadside bombs from the Department of Defense. The training that accompanies this weaponry is widely acknowledged to encourage police officers to adopt a "warrior" mentality and think of the people they are supposed to serve as the enemy.

The United States has the highest incarceration rate in the world, home to one in every five prisoners.

Who has been the beneficiary of this juridically-authorized securitization of American public life? The wealthy, not least the crony capitalists whose interests were most publicly and dramatically served by the US Supreme Court decision of January 2010 Citizens United v. Federal Election Commission, that reversed century-old campaign finance restrictions and enabled corporations to spend unlimited funds on elections.

Much of this funding is difficult to track, but the secretive distribution of resources has clearly been important in giving outsize influence to wealthy donors, corporations, and special interest groups. Even in the depths of the pandemic, inequality in the United States has continued to grow. Since March 18, more than 100,000 people in the U.S. have died of the virus and millions more have been immiserated by economic damage. During this same period, U.S. billionaires alone have increased their wealth by a staggering 19.5% ($565 billion).

The government’s rapid and massive mobilization to crack down on Black Lives Matter protests cast its own disorganized and perfunctory pandemic response in sharp relief. "Depraved indifference to human life," the crime charged to George Floyd’s murderer after several nights of protest finally led to his arrest and indictment, is also an apt description of the contempt at the heart of the Trump administration’s public health policies and approach to issues of racial and economic justice.

Perhaps the link between violence, secrecy and ideology in the United States government today can be conveyed by the appointment of Betsey De Vos as Trump’s secretary of education. A committed partisan of the privatization of public education, she is the daughter of a billionaire industrialist and sister of Erik Prince, founder of the private military contractor, Blackwater, which gained notoriety when its guards massacred Iraqi civilians in 2007. Prince now heads a private equity firm but still dabbles in mercenary security and intelligence operations. In March The New York Times reported that he

If the American justice system criminalizes poverty, it legalizes the tax avoidance, influence-peddling and growing contempt for civic responsibility of the wealthy. The satirical newspaper The Onion, captured the contrast with the biting headline: "Protestors Criticized for Looting Businesses Without Forming Private Equity Firm First."

Small wonder then, that the protests in the United States today echo the chants of the Arab Uprisings. Yes, "Black Lives Matter" is uniquely American, but the protests also call for dignity, freedom and social justice. The demands of the protesters in Cairo, Damascus and Tripoli for free and fair elections, for security sector reform, for effective social service delivery and judicial independence are proving to be far more universal than they knew, and their chants now echo around the world.

See also
Topics > Social affairs | Regions > America
America and its Demons
Analysis | 8 June 2020 | Dominique Moïsi
The United States of America has never resolved the fundamental problem of racism that underpins its society and its very creation. From the treatment of Native Americans to that of Blacks today, the country keeps reliving episodes of racial injustice. This time around, even...
Next
Topics > Social affairs | Regions > America
Civil-Military Relations Against the Backdrop of U.S. Protests
Analysis | 9 June 2020 | Olivier-Rémy Bel
On Monday, June 1, Donald Trump gave his first official speech on the protests sweeping the country in the wake of George Floyd’s death. Speaking from the White House’s Rose Garden, and standing before journalists complying with social distancing guidelines, he stated a clear agenda: "I am...
Next
SIGN UP FOR OUR NEWSLETTER
for a handpicked selection of analyses each week Yes please
Series |
Next
Publication -
Next
États-Unis et amériques
...
Next
Séminaire réservé exclusivement
à nos entreprises adhérentes
Restricted to
member companies
Next