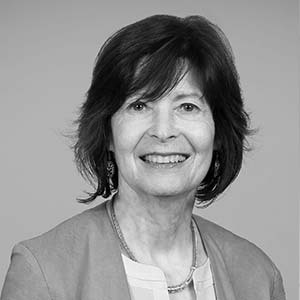 Populism has accumulated extensive research, but as is often the case, its gender dimension remains understudied. Julie Mostov, Dean and Professor of Liberal Studies at NYU argues that populism is always gendered and dangerous to women and democracy. This interview in a 3 questions format analyzes the relationship between populism and gender.

Despite the breadth of research into populism, its relationship with gender issues remains widely understudied. Why do you think that is and what is the relevance of adopting a gender perspective when studying populism?

While the relationship between gender and populism remains understudied, it is present in all of the key populist narratives, especially those celebrating national values i.e the home, family unit, religion, language and culture, and dire warnings of demographic decline with waves of immigrants invading “our” national spaces. I would like to say that the absence of this connection in the growing literature on populism is because it is so obvious, but it is more likely to be a result of the contradictions it exposes and the questions it raises about the attraction of hyper-masculine leadership models for men and women, and some women’s association with such models. The masculine imaginaries of populism appeal to women who seek to gain a place at the table as part of the demos - which is not always guaranteed - through their denigration of what they perceive as racial or ethnic others. I should note that feminist authors have long highlighted this connection, and the dangers it poses to women and democracy.

From my perspective, it is crucial to study this connection in order to understand populism’s appeal. Populists demonize male others and look at “their” women as either reproductive threats or “innocents” in need of saving from these men. The deep connection between populism and gender is also essential in understanding the ways in which populism threatens all women’s reproductive rights and agency and, eventually, the ways in which it undermines democratic institutions. The populist division of society into “us” and “them” plays into the losses experienced by disheartened (under or unemployed) middle classes at the hands of so-called “effete elites” and reflects assumptions about proper gender roles (male breadwinners/ female reproducers). The populist father (or mother) is ready to recover these roles and the nation and reestablish “our” places of privilege.

The deep connection between populism and gender is also essential in understanding the ways in which populism threatens all women’s reproductive rights and agency.

On this last point, we have seen that this is relevant across borders. This is evidenced by populist leaders in various countries, such as Trump in the US, Orban in Hungary, Salvini and Meloni in Italy, Le Pen in France, Modi in India, Erdogan in Turkey, Weidel in Germany, Bolsonaro in Brazil, and the list goes on. Each local iteration displays its specificities, but in their populist narratives of national recovery, gendered tropes and their assumptions are a necessary staple.

Is there a difference between the exploitation of gender in Right-wing populist parties and Left-wing ones, and does this change from one world region to another?

Political parties both on the right and left engage in gendered thematics. Left-wing parties generally emphasize gender equality, particularly with respect to distributive justice, reproductive rights, and workplace rights, as well as roles in government and party politics. Right-wing parties might use some of the same language about equal rights, but more than likely, support restrictions on reproductive rights and emphasize the role of women in supporting the dominant religious institutions and practices, family values, and the purity of the nation. Where populist movements or parties converge is in articulating the “us versus them” narrative and the unity of the “crowd” against those who would threaten the nation. The populist leader, who personally guarantees the recovery of the nation from its downward decline at the hands of the “others,” then works to shrink the space of democratic institutions and practices.

From Marine Le Pen to Alice Weidel, what explains the fact that women become populist leaders? And why are female voters turning to candidates that have traditionally opposed feminism and embodied hypermasculinity (i.e.Trump Bolsonaro...)?

Women on the right of the political aisle, who support restrictions on immigration and/or economic policies reducing welfare benefits and state regulation of private financial institutions, may find populist parties and their rhetoric as a way to the table. These women may regard these parties as a confirmation of their unquestionable credentials as leaders, as capable of defending the nation against the “other.” It is a pathway to maintain the privileged position of belonging to the dominant race, religion or ethnicity. The latter helps to explain why women would support populist male leaders, who publicly denigrate women, but who at the same time, claim to stand up for traditional values represented in home, family and faith. This secures the gendered role of women in the nation against changing values, shrinking opportunities in the market and the perceived vulnerability of their position with a changing demographic.

See also
Regions > Europe | Topics > International affairs > Social affairs
Understanding Radical-Right Populism and Migration
Three questions to Martin Schain
INTERVIEW | 7 December 2021 | Martin A. Schain
The Brexit referendum and Donald Trump’s election in 2016 marked the breakthrough of right-wing populism in the West. Opposition to immigration has arguably been central to both events. In the following interview, Martin Schain, Emeritus Professor of Politics at New York University (NYU),...
Next
Regions > Europe | Topics > International affairs > Social affairs
The French Brief - The Road to Gender Equality in France’s Labor Market
Analyses | 7 April 2021 | Mahaut de Fougières
"Never forget that it only takes a political, economic or religious crisis for women’s rights to be called into question. These rights can never be taken for granted. You must remain vigilant throughout your life." This quote from French writer Simone de Beauvoir resonates strongly today....
Next
SIGN UP FOR OUR NEWSLETTER
for a handpicked selection of analyses each week Yes please
Series |
Next
Publication -
Next
...
Next
Séminaire réservé exclusivement
à nos entreprises adhérentes
Restricted to
member companies
Next