Navigating the US-China Trade-Tech Stand-Off: The Case of Japan 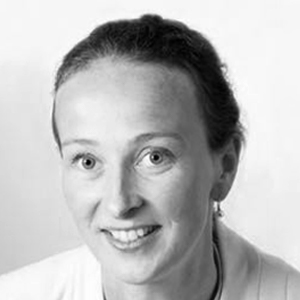 The trade diversion effects caused by the US-China trade war are creating winners and losers as they reshape global supply chains. While Asia’s emerging economies have reportedly been the big winners, half of the Japanese companies have seen their profits hurt by the trade war and related global slowdown. In the machinery sector, however, Japan – like the European Union (EU) – has been a beneficiary of the trade diversion effects. Separately, Japan’s ¥1.59 trillion ($14.2 billion) trade deficit in fiscal 2018 – the first in three years – is for a large part attributed to the slowdown in the Chinese economy, due to the intensifying US-China trade war. The trade spat with South Korea that escalated in July 2019 adds to the challenge of weak Japanese exports. Demand for cars and electronics parts declined and the number of tourists from South Korea dropped.

Clearly, the economic effects of the trade war between the world’s two largest economies are generally negative for Japanese corporations. But this fact hides a much larger and more complex reality, in which more than a few Japanese companies also benefit from improvements in the treatment of Japanese firms by local Chinese governments. For instance, the city of Dalian stepped up its efforts to reinforce cooperation under the slogan "Deepen the relationship with Japan" since late 2018. These welcoming attitudes are explained by the stark improvement in recent years in political relations between China and Japan at the highest political level. Chinese President Xi Jinping has been eager to mend ties, arguably largely as a diversion away from the confrontation with the United States. And the Japanese side has responded positively, hoping to improve ties while harboring little doubt about China’s real motives – and hence, the sustainability of warming relations.

Like most European capitals, Tokyo wants to avoid being forced into a binary choice between Washington and Beijing.

As the US-China trade war evolves into a state of permanent conflict at the trade-tech nexus, Japanese policymakers are forced to rethink where their national interests lie and how to best act on these interests. Like most European capitals, Tokyo wants to avoid being forced into a binary choice between Washington and Beijing. Japan’s conditional engagement with China’s Belt and Road Initiative (BRI) as well as the signing of a ‘third countries business cooperation MoU’ exemplifies this.

More than European governments, however, most Japanese policymakers and experts are clear on the fact that, when push comes to shove, decision-makers must take sides whether they like it or not. And that then, considering the fact that the US is Japan’s ally and protector – keeping more than 50,000 military personnel in the country – Tokyo should take a stance consistent with Washington in its China policy while at the same time investing in stable Sino-Japanese relations to avoid serious confrontation. Hence, Tokyo effectively banned Huawei from its 5G network, saying it will exclude equipment with security risks.

The conclusion of the US-Japan trade agreement, signed on October 7, 2019 – less than six months after the start of negotiations – needs to be considered with this larger picture in mind. The agreement, which focuses narrowly on agricultural products and digital trade, was promoted by the Japanese government as an achievement to avert setting low-tariff import quotas for rice and dairy products such as butter. Japanese observers, however, have criticized the agreement for economic and political reasons. The deal’s strategic significance has been a matter of debate.

Economically, the agreement has been criticized for unnecessarily giving up Japan’s biggest cards (beef and pork) in a narrow bilateral deal that leaves Tokyo weak in a next stage of trade negotiations that Washington is calling for. No tariff cuts or abolitions were agreed to on cars and auto parts (which account for 35 percent of Japan’s total exports to the US), and only some other industrial products and some food products will benefit from zero-tariff. Turning to politics, critics condemned the fact that the deal assists with the re-election campaign of President Trump by catering to US agricultural voters that were placed at a competitive disadvantage in the Japanese market following the entry into force of the Trans-Pacific Partnership (CPTPP) in December 2018 and the Japan-EU EPA in February 2019.

Abe’s decision to sign the trade agreement can be regarded as an attempt to avoid a worst-case scenario for Japan’s economy and a tactical move to please Trump and support Washington in its trade war with China.

Strategically, the bilateral deal was criticized for going against Prime Minister Abe’s consistent calls for strengthening the multilateral free-trade system – not least as it also reduces the chances that the US will rejoin the CPTPP.

So what does the trade deal offer Japan? The agreement reportedly provided a sense of relief among manufacturers, as the worsening US-China dispute has been hurting Japan’s exports and manufacturing production. Separately, the deal is said to potentially bolster the US’s attempts to force Beijing into acquiescing to its demands by raising pressure on Beijing. Seen from this perspective, Abe’s decision to sign the trade agreement can be regarded as an attempt to avoid a worst-case scenario for Japan’s economy and a tactical move to please Trump and support Washington in its trade war with China.

A proper understanding of Tokyo’s action thus requires thinking beyond tariffs and trade, considering today’s geopolitical competition, shaped by the fourth industrial revolution. The contest is open for the leadership in the development and the applications of emerging high-tech, and thereby the writing of the norms and the rules that will govern their use. Towards the future, more US pressure to support – or at least side with – it in this contest may be expected in various fields, including on export controls on emerging technologies.
Although Japan – much like the EU and its member states – does not approve Trump’s tariff war, there are reasons for Japan to cooperate with the US in this bigger confrontation. At the same time, aiming for greater strategic autonomy, Japan’s Sony and NTT recently announced a partnership with the American company Intel to work on 6G mobile technology.

Japan’s Sony and NTT recently announced a partnership with the American company Intel to work on 6G mobile technology.

Most Japanese policymakers and observers seem to agree that the country’s national interest lies in working closely with the US and encouraging China to act responsibly, also as a way to contribute to the stability of the world order. As the US-China confrontation deepens, the biggest challenge for Japan is arguably to adopt a coherent policy and maintain cooperation with China.

This is different – and more difficult – from the years since the 1971 "Nixon-shock", when US President Richard Nixon moved towards reconciliation with China without consulting Japan. Simply put, Japan’s key challenge in the past decades has been to respond to joint actions between the United States and China that exclude Japan. Now, the main challenge is to take a stance consistent with the US while managing stable relations with China.

More than EU member states, the Japanese government acts on the understanding that it needs to cooperate with the United States in dealing with the trade-tech stand-off and the struggle for geopolitical hegemony. The outcome of the 2020 American presidential election may make for cosmetic changes, but is unlikely to change the US’ confrontational stance towards China – and, by extension, Japan’s challenge in this regard.

See also
Regions > America > Asia
South Korea – Japan Tensions Complicate U.S. Efforts to Leverage Allies in Competition with China
Analysis | 17 September 2019 | Scott W. Harold
As laid out in the U.S. 2017 National Security Strategy, the Trump administration’s top priority is marshalling America’s strength for an era of renewed great power competition with China. The Pentagon’s 2019 Indo-Pacific Strategy Report emphasizes that America’s greatest "asymmetric...
Next
Regions > America > Asia
The China-US Trade "War": Questioning Economic Predictions - Part 1
Analysis | 27 November 2019 | François Godement
From 2018 to mid-2019, the consensus among economists on the consequences of the US-China trade conflict was deafening. One economic think-tank after another issued papers and/or op-eds explaining that the Trump administration’s tariff increases was akin to dropping a stone on one’s own foot....
Next
SIGN UP FOR OUR NEWSLETTER
for a handpicked selection of analyses each week Yes please
Series |
Next
Publication -
Next
...
Next
Séminaire réservé exclusivement
à nos entreprises adhérentes
Restricted to
member companies
Next