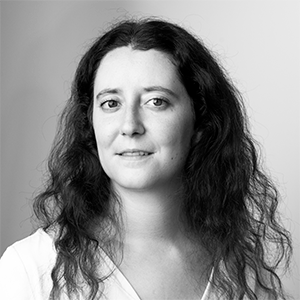 France is one of the founding countries of the 1949 Atlantic Alliance. However, French policy towards NATO has long been ambivalent. France abides by NATO’s purpose: "securing a lasting peace in Europe, based on common values of individual liberty, democracy, human rights and the rule of law". This is however undercut by a tendency to view NATO as US-dominated and detrimental to France’s independence, which has led Paris to withdraw from the integrated military command of the Alliance in 1966 - before rejoining it 43 years later. On the other hand, Russia’s invasion of Ukraine has reinvigorated political and strategic coordination among allies, demonstrating the importance of the Alliance for the security of Europe. Within this context, presidential candidates are voicing their opinions on French-NATO relations, stimulating a debate about what the Alliance has to offer.

With less than a month to go until the presidential election, this article is part of a new series, French Foreign Policy: Heading for the Ballots, that analyzes each candidate’s approach to a number of French foreign policy issues.

See also
France | Regions > Europe
Ukraine as Seen by France’s Presidential Candidates
Analyses | 7 March 2022 | Mahaut de Fougières
The war in Ukraine is testing the limits of diplomacy, as EU, UK and US leaders gather to impose sanctions on Russia. French President Emmanuel Macron traveled to Moscow in February in an attempt to negotiate de-escalation with his Russian counterpart and reposition France as a central geopolitical...
Next
France | Regions > Europe
Mali as Seen by France’s Presidential Candidates
Analyses | 21 February 2022 | Mahaut de Fougières
France and Mali have long-standing bilateral relations, developed through extensive historical, cultural, and diasporic ties. In 2013, France successfully launched Operation Serval at Mali’s request in order to oust Islamic militants from the North of the country, who were preparing an offensive...
Next
SIGN UP FOR OUR NEWSLETTER
for a handpicked selection of analyses each week Yes please
Series |
Next
Publication -
Next
...
Next
Séminaire réservé exclusivement
à nos entreprises adhérentes
Restricted to
member companies
Next