Mapping Populism: From Ostracism to Injustice 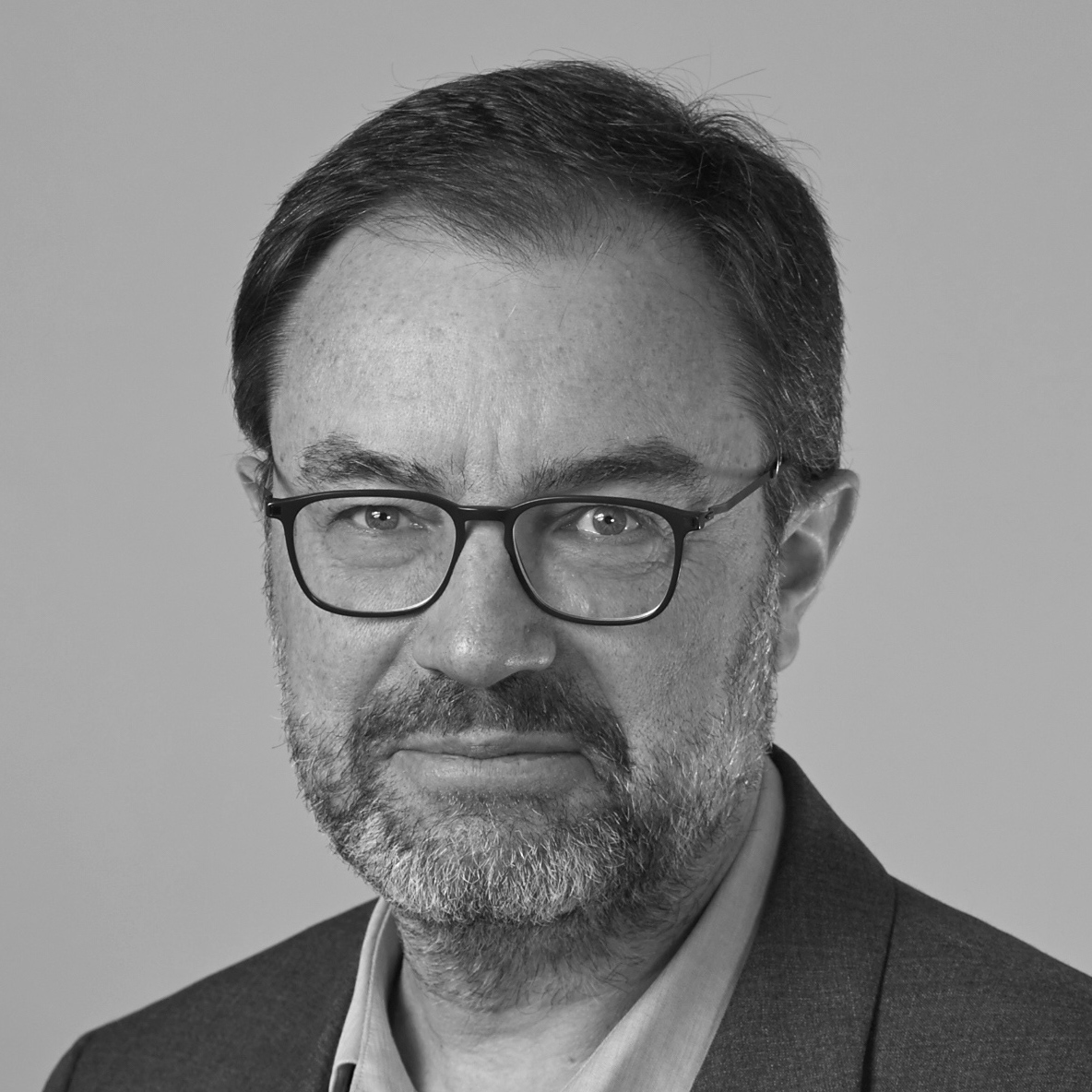 It is now indisputable that voters for populist parties or candidates are primarily located outside of urban centers. This much is clear in the maps below, created after the election of Donald Trump in the US, the Brexit vote in the UK and the second round of the 2017 French presidential elections respectively. The bigger the distance from urban centers, the more votes for different forms of populism. The pattern is very clear at the national level, but is visible at smaller scales as well: the number of populist voters increases the further one strays out of urban areas, cities and town centers. There are notable exceptions, such as strong Scottish support for the UK to remain in the EU and support for Marine Le Pen’s Rassemblement national in the large cities of south-eastern France, which suggest that other factors are also at work. Nevertheless, these cases do not refute the general pattern.

Efforts to characterize these regions and their populations have given rise to many analyses, and sometimes, to heated controversy. Some commentators adopt a lens that combines class with culture, reducing the populations in question to a predominantly white working class left behind by globalization. One argument is that these groups inhabit regions in crisis, hit hard by deindustrialization, high unemployment, a lack of public services and poor infrastructure. Others contend that the residents of peri-urban and rural areas moved there in order to escape the suburbs around big cities - and especially their immigrant populations. According to this view, peripheral regions provide a protective environment for the white working class; one that is conducive to various forms of populism rooted in racism against the urban areas they said goodbye to. Still, others describe populist voters as victims of a certain "cultural insecurity" conveyed by the contemptuous media and artistic representations of peri-urban and rural regions. These depictions are then used by populist forces to accentuate the opposition to the big cities and its elites, who are seen as arrogant, distant and cut off from reality. 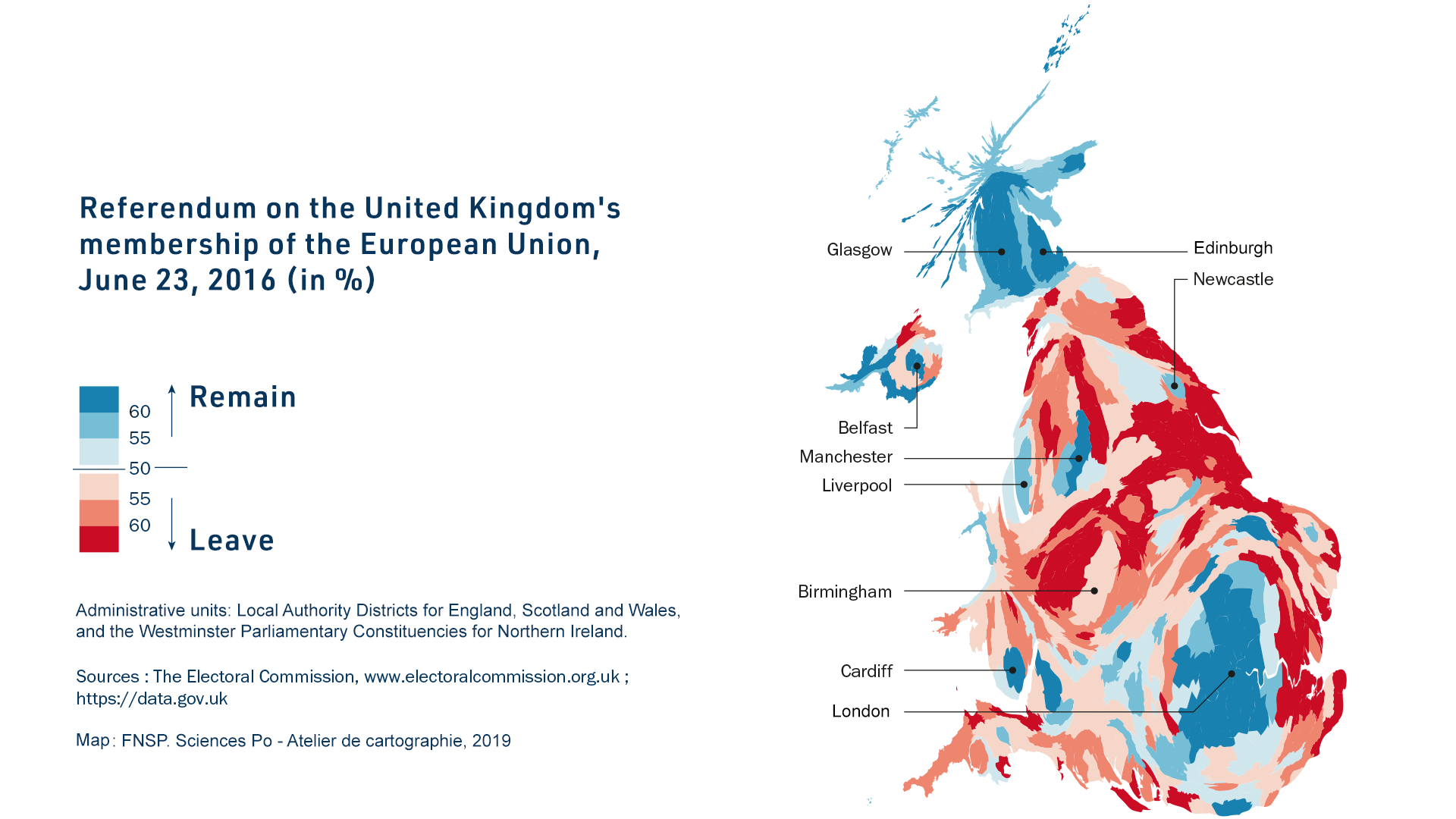 Other studies, however, suggest the situation is much more complex. In France, for example, Jacques Donzelot’s theory that cities have this "three-speed system" does not stand up to sociological scrutiny. Donzelot argues that city centers are mainly populated by the middle and upper classes; in suburbs, immigrants constitute the majority group; and peri-urban areas are dominated by the working and lower middle classes. In reality, economic and social inequalities are much greater within the most urbanized areas than between city centers and peri-urban or rural regions. The latter are also highly diverse and include white and working-class populations as well as immigrants or their descendants, middle classes and even upper classes. Yet despite these layers, urban populations vote primarily for moderate candidates while the populist voter base is strong in peripheral regions.

It would be wrong to reduce the populist vote in the periphery to a lower middle class or working class vote.

Similarly, it would be wrong to reduce the populist vote in the periphery to a lower middle class or working class vote. The average income of Donald Trump voters, for instance, suggests that (upper) middle classes were drawn to the Republican candidate - a phenomenon that was also observed in the UK with regards to Brexit.

We must therefore be cautious in our interpretations and avoid using maps to hastily draw simplistic conclusions, particularly in terms of ethnicity or class. In order to map the populist vote, we need to combine economic geography with an understanding of the lived experience of the people who turn to populism at a given moment.

In a recent article on the US, Michael Storper highlights the growing gap between large metropolitan areas on the one hand and medium-sized cities, rural areas and peripheral regions on the other. The gap exists on several fronts: income structure, employment, cost of property, supply of goods and services, business opportunities… Both the digital revolution and the globalization of economic exchanges drastically strengthen the position of major metropoles in the world economy, as they attract the most highly educated populations and offer an environment that is conducive to their development. At the same time, these trends push less privileged populations into peripheral regions where they do not benefit from a trickle-down effect and instead face unemployment, low-paid jobs and a lack of economic prospects. In his description of the opportunity gap between urban and rural populations, Storper emphasizes the role of institutions, both formal and informal, as well as the structure of social networks. In urban areas, networks are greater in number but weakly coupled. In other regions, there are fewer networks that are more tightly coupled. 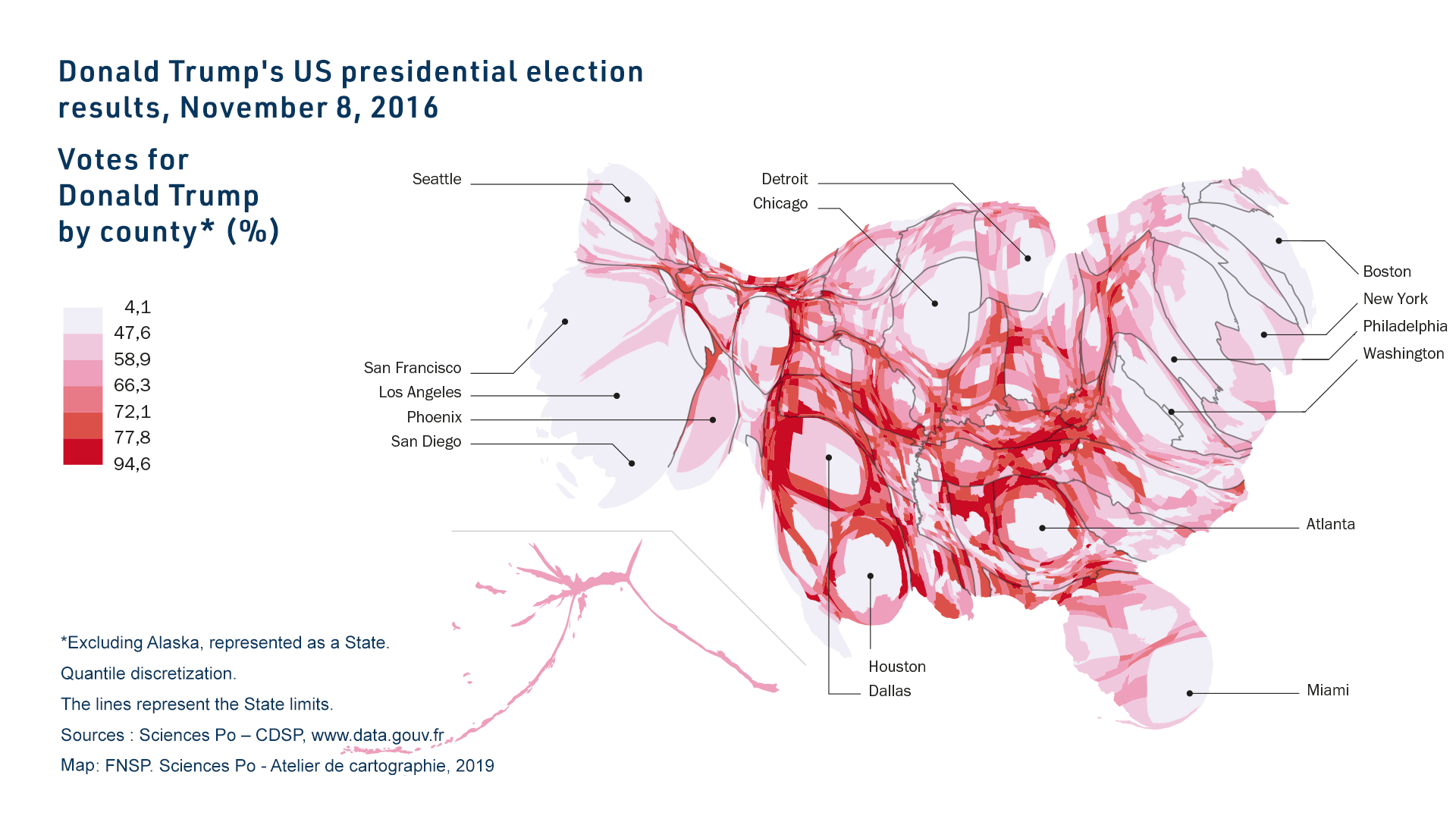 This analysis is not unique to the US. Urban areas in Europe also attract populations that are culturally and financially better off, have bigger networks and an institutional structure that protects them and offers them a plethora of opportunities. And European cities, too, reject populations that are less endowed with cultural and economic resources, and benefit from less social protection. In the UK and France, commentators tend to place the metropolitan areas of London and Paris in contrast with the rest of the country, when in fact, the same trend is reproduced between other urban areas and their respective hinterlands.

This analysis, however, is still not sufficient to explain the rise in populist support. As mentioned before, such analyses need to be paired with considerations on lived experience; in this case, a shared sense of ostracism and its translation into politics through the notion of injustice.

The sense of ostracism flares up in the many instances where peri-urban and rural populations experience the scarcity of public transport; scattered and distant public services; a drop in public investment; and, more generally, unequal redistributions of wealth and an absence of the state. In France, for example, the closure of maternity wards frequently reinforces this sense of marginalization. In peripheral regions, interactions with the government often confirm this perception that populations there do not really count, and the relative absence of interaction (due to physical distance) solidifies feelings of abandonment.

In peripheral regions, interactions with the government often confirm this perception that populations there do not really count.

In addition, there is the sense that urban areas offer a greater range of services to less deserving populations, including civil servants, immigrants and certain minority groups. In her analysis of the "rural consciousness" in Wisconsin, Kathy Cramer describes the perceived opposition between two groups. On the one hand people who work hard, consider themselves to be bearers of "true values" (regarding work but also in religious matters) and are therefore deserving, and on the other, lazy, immoral urban populations who do not deserve all that the city offers them. Finally, big cities are seen as the world of the elite, including the media, artists, universities, political and economic leaders. Populations in the periphery do not recognize themselves in the values of these elites, who nonetheless dominate cultural production to the point that marginalized people now feel like "strangers in their own land" (to quote the title of Arlie Russell Hochschild’s book on populism in Louisiana). 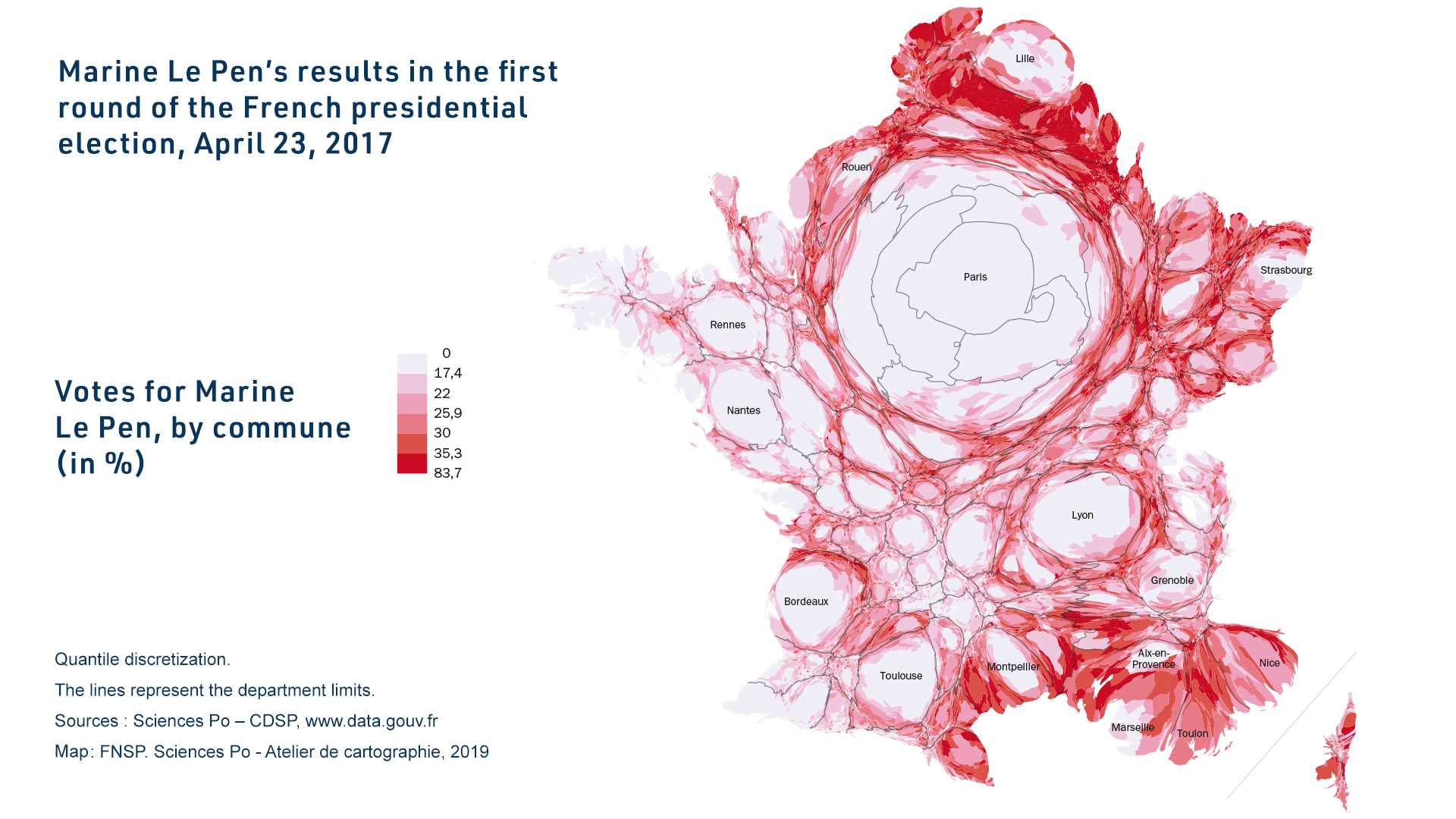 However, for this experience of ostracism to translate into feelings of injustice and resentment, it must be the subject of a collective narrative. This is evident in the work of American anthropologists in particular but also in the (as yet partial) analyses of France’s Yellow Vests movement, which has certain populist tendencies. Both Cramer’s analysis of community meetings in Wisconsin and the first descriptions of the Yellow Vests’ occupations of roundabouts show that these are processes of pooling individual experiences. This pooling of individual experiences gradually feeds into a political narrative that emphasizes physical, economic and social distance as well as inequalities in the treatment of populations depending on whether they live in an urban area or on its periphery.

These analyses suggest that we should be more concerned than has previously been the case with the social forms in which populism feeds off of. These social forms shape discourses and representations that appeal to the notions of merit and social justice. Populist parties certainly have a proven ability to use these notions to their advantage, but the strength of these principles comes first and foremost from the frameworks in which they are produced. In short, while powerful economic processes do lead to increased polarization between cities and peripheral regions in developed countries, this does not automatically lead to votes for populist parties. It is through social media that the feeling of ostracism progressively nourishes strong resentment against cities and their residents. In other words, the factors that account for the success of populist parties are deeply rooted in local social structures which cannot be reduced to simple dimensions of class or ethnicity.

Courtesy of L'Enjeu mondial, by Les Presses, Sciences Po, where the article was first published in French.

See also
Topics > Social affairs
Populism is Always Gendered
Three questions to Julie Mostov
INTERVIEW | 13 December 2021 | Julie Mostov
Populism has accumulated extensive research, but as is often the case, its gender dimension remains understudied. Julie Mostov, Dean and Professor of Liberal Studies at NYU argues that populism is always gendered and dangerous to women and democracy. This interview in a 3 questions format analyzes...
Next
Topics > Social affairs
European Populism, From Left to Right
Analyses | 10 November 2021 | Marc Lazar
Populists have been on the rise for several decades now. Of course, the prominence of the parties and movements that fall into this category fluctuates over time. Unexpected electoral successes are sometimes followed by sudden and unpredictable setbacks that immediately make such advances appear as...
Next
Topics > Social affairs
Understanding Radical-Right Populism and Migration
Three questions to Martin Schain
INTERVIEW | 7 December 2021 | Martin A. Schain
The Brexit referendum and Donald Trump’s election in 2016 marked the breakthrough of right-wing populism in the West. Opposition to immigration has arguably been central to both events. In the following interview, Martin Schain, Emeritus Professor of Politics at New York University (NYU),...
Next
SIGN UP FOR OUR NEWSLETTER
for a handpicked selection of analyses each week Yes please
Series |
Next
Publication -
Next
...
Next
Séminaire réservé exclusivement
à nos entreprises adhérentes
Restricted to
member companies
Next