Managing Religion in a Military Setting: The Role of Faith in National Defense 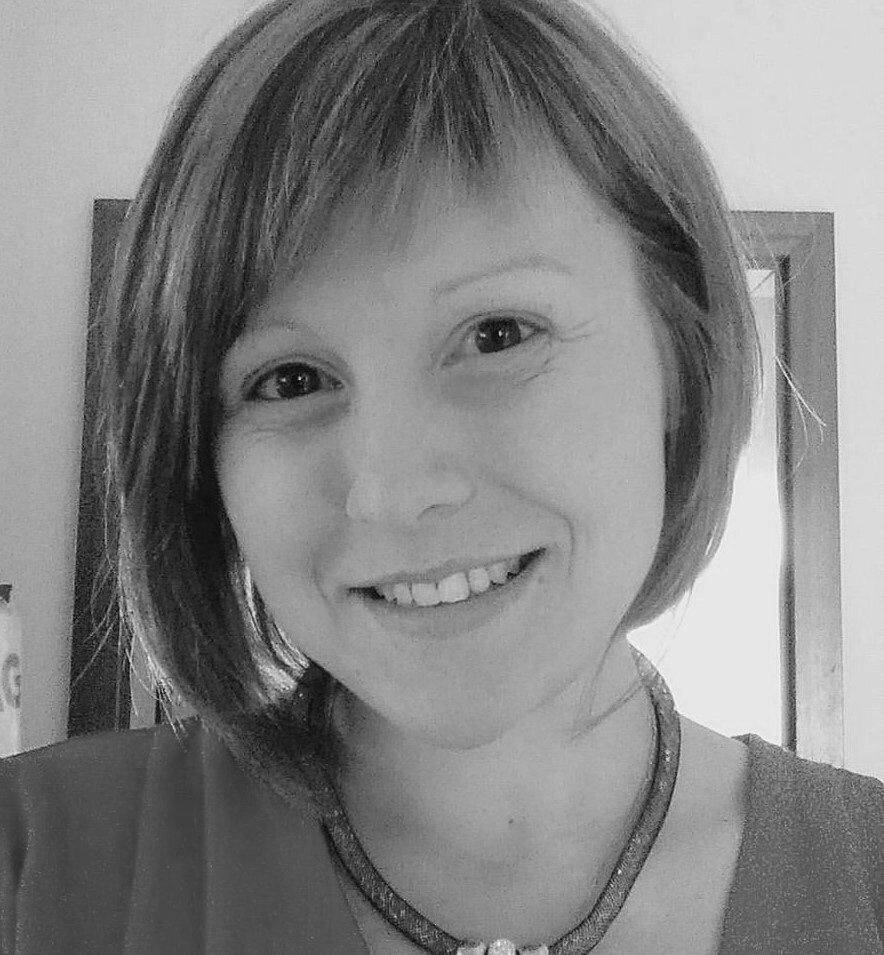 PhD student at KU Leuven and the Royal Military Academy.

Questions on religion, spirituality and ethics are playing an increasingly important role in military organisations and operations. As a result, managing religious diversity within a national defence setting is prompting new challenges, as well as opportunities. In the face of current societal and security challenges, how can military organisations accommodate different religious beliefs? Tatiana Letovaltseva, Military Coordinator of Religious and Moral Assistance Service at Belgium’s Défence, shares her insights on the role of faith in the military workplace, and the way forward for managing religious diversity.

This article is part of a series that considers the role of religion in the workplace, and the relationship between faith, diversity, and organisational operations and management.

What role does religion play in the military workplace in Europe? Has this changed over time, and if so, how?

When talking about religion in the military workplace, we must start by defining what is meant by the word "religion". Without reopening the age-old debates about substantive and functional definitions of religion, we can approach the question of its role in the military from three angles: formal, spiritual and cultural.

The formal framework includes all the legal aspects that define the regime of religions, and which is implemented within the army. On the one hand, we can consider the presence of representatives of convictional/religious institutions officially recognised by a State within the army. On the other hand, we have the way in which the Defense translates and applies the fundamental rights and constitutional principles related to the separation of Church and State, to freedom of thought, conscience and religion, and all this in respect to the specificities of the military profession and operational imperatives.

The legal aspects will therefore have a direct impact on the role of religion in the military workplace, notably through defining the diversity management policy, and the types of spiritual support provided - via the chaplains for example, etc.

As a result, it should come as no surprise that there may exist major differences between European armies: for example, the French version of secularism differs substantially from the Belgian version. In Belgium, organised secularism ("Laïcité organisée") is an officially recognized belief in its own right, while philosophical secularism ("Laïcité philosophique") is rather considered as a principle that allows, for example, the creation of an intellectual space for dialogue between convictions. The Belgian army has, furthermore, a humanist chaplaincy service created by the 1991 law, with eight moral advisors.

In this respect, the role of religion in the military is aligned with the reality of society and remains strongly linked to the particular context of each state, although the fundamental principles remain the same.

The role of religion in the military is aligned with the reality of society and remains strongly linked to the particular context of each state, although the fundamental principles remain the same.

Apart from the formal aspect, it is important to consider how religion and spiritualities are experienced individually and collectively by the convictional communities present within the Defense, and how the role of religion is perceived within the organisation itself. At this level, there is a certain similarity between European armies: spiritual support (in the form of ceremonies, for example) is mostly organized and supervised by legally established military chaplaincies. Moreover, due to their specific nature, their dual loyalty and dual legitimacy, as well as their ‘meta-position’ outside the hierarchical line, they constitute a kind of 'Heterotopia' à la Foucault - a refuge where the military can reflect on how to align in individual values with those of the organization.

As a general rule, the military organization remains cautious about 'non-tangible' issues, and access to spiritual guidance and religious practices is often 'pushed' into the private sphere. However, it should be noted that with the arrival of mental fitness and human performance techniques, such as 'Warrior mindfulness', or of new types of leadership, such as 'Compassionate Leadership', spirituality is gradually penetrating the military, with greater openness to questions of meaning. Moreover, questions about moral dilemmas, inappropriate behaviour, extremism and radicalization are reviving existential debates about the meaning of military vocation in relation to the evolution of democratic societal values, where the role played by the framework of religious and philosophical references is extremely important.

Finally, the role of the religious dimension in intercultural dialogue should also be considered, whether at the level of the community life of military personnel, or at the level of operational aspects of 'cultural awareness' in relation to populations during operations abroad. In all cases, religion can play as much a role in binding and connecting people as, unfortunately, in segregating them. Faced with the arrival of new religious minorities, several military organizations in Europe are tending to extend the role of religion to that of mediator with faith minorities, by promoting multi-convictional spiritual support, for example.

To what extent do expressions of religious beliefs affect the military's organization, operations, and the managerial environment? How does this compare to a more 'traditional' public or private sector work environment?

As mentioned earlier, religious beliefs - and related practices and spiritual support - have some impact on the military organization, but remain framed and supervised. It should also be noted that Defense is one of the three regalian functions of the State, and that the field of action is in the public sphere. The way in which the religious dimension is managed depends on how the state of the army in question positions itself in relation to various convictions, and how it defines the notion of neutrality in the management of religious diversity.

Nevertheless, when comparing national defense with other public work environments, it is interesting to see both similarities and profound differences.

Although most European armies are gradually becoming more open - getting exposed to the same societal challenges as those present in the private sector today - they still retain institutional features specific to the military world. Indeed, as an organization, the structure and functioning of the national army will always tend to respond to the objectives and needs of the national security strategy vision, which will itself evolve according to the geopolitical landscape.

Paradigm shifts can thus transform a militia army trained to fight during the Cold War into a professional, expeditionary and modular army, capable of deploying rapidly in a complex, hybrid, operational environment. These transformations may have a direct impact on the way that the organization considers military spiritual needs, which could result in a drastic reduction in the number of chaplains and the closure of military parishes, against a background of wider secularization. Notwithstanding these changes, issues related to religion will remain present in the army and will continue to penetrate it in a transversal way.

Issues related to religion will remain present in the army and will continue to penetrate it in a transversal way.

European armies - being mostly representative samples of society - will never be able to avoid the current and urgent societal issues related to the re-emergence of religion, intersectional diversity or even the difficulties related to, for example, the official representation of Islam.

Finally, the military profession and its associated commitments remain so sector-specific that military organizations continue to retain many features of a "total institution" (referring to a strictly organized and closed off social system), giving rise to both philosophical and religious questions. The way in which these questions are answered will often depend on operational requirements.

What strategies can be implemented to accommodate different religious beliefs, and to promote a better coexistence between religion and the workplace?

Several strategies can be developed, depending on the spiritual needs defined for a given army in a given society. Based mainly on the principles of human rights and the European Charter, and considering the global challenges facing our European societies, there appear to be two viable paths forward: a trend towards a more inclusive workplace or the consolidation of exclusive neutrality. Greater inclusivity would mean that each particularity will be taken into consideration, and that all religious practices will be integrated into the daily functioning of military operations.

The idea of consolidation is based on creating a culture of dialogue and cohesion through, among other things, actively promoting shared values within a military organization, while creating inter- and multi-convictional spaces where everyone can "find" themselves, alongside others.

At first glance, the first strategy appears to be more respectful of the individual, and the principles of freedom of religion. However - and this is especially true in the context of military operations - the implementation of such a strategy carries the risk of becoming embroiled in an endless debate on the definition of intersectionality, and creating feelings, or even real cases, of discrimination. Not to mention the infinite tree of certain religious denominations, and the various related practices and spiritual needs, which will be almost impossible to satisfy.

The second strategy requires hermeneutical openness, a certain level of humility and empathy, and a deep respect for otherness. This is far from self-evident for some philosophical and religious currents. However, this second path dares to bet on a true fraternity. And for our European armies, wouldn't this be salutary in the face of current societal and security challenges?

See also
Topics > Security > Social affairs
Four Questions Around Religious Expression in the Workplace
Analysis | 27 January 2022 | Lionel Honoré
During the 2010s, the issue of religion in the workplace became a commonplace discussion for businesses, public administrators and communities across France. It was legislated upon in both the 2016 Labor Law and the 2021 Law on reinforcing Republican Principles. At the EU level, the Equality...
Next
Topics > Security > Social affairs
The French Brief - Religion in the French Workplace: What it Really Looks Like
Analysis | 12 May 2021 | Lionel Honoré
From the outside, France may sometimes seem destined to a dialogue of the deaf when it comes to religion. It is a country that certainly has forged and staunchly defends the notion of laïcité, a legal definition of the impartiality between the State, religion and society. While not entirely...
Next
SIGN UP FOR OUR NEWSLETTER
for a handpicked selection of analyses each week Yes please
Series |
Next
Publication -
Next
...
Next
Séminaire réservé exclusivement
à nos entreprises adhérentes
Restricted to
member companies
Next