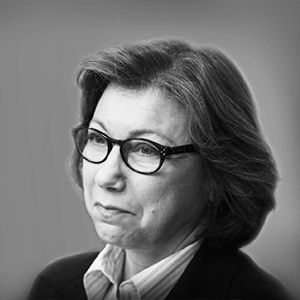 How long does it take for a society to develop a democratic system and organize its politics? How long did European societies need and how violent were the upheavals they experienced before stabilizing their democracies? Ten years have not been enough for Arab societies since the spring of 2011 to produce organized political actors capable of building a democratic system, with the remarkable exception - we cannot emphasize enough - of Tunisia.

At least ten countries have experienced popular uprisings in 2011, four of them have sunk into civil war (Libya, Yemen, Syria, Iraq was already there), while the Egyptians have ended up with a new, more ruthless dictatorship. No instability was tolerated in the Gulf, as Saudi tanks stopped the movement in Bahrain.

We are still in a "revolutionary temporality" as some analysts put it. Indeed, popular protests are not waning, and a new wave has been unleashed in Algeria, Sudan, Iraq and Lebanon over the last two years. They remain very dynamic, led by a determined youth - aged between 15 and 25- who are trying to overcome sectarianism against all odds. It is often forgotten that the millions of citizens that took to the streets in 2011 expressed demands devoid of any ideology. Few remember that in Iran in 1978, the population that rose against the Shah was in no way Islamist, yet its revolution was confiscated by a medieval version of Islamic rule inspired by Khomeiny. While the early uprisings were manipulated by religious or ethnic forces, the more recent movements of the last two or three years are unarmed, non-Islamist and above all non-sectarian.

While the early uprisings were manipulated by religious or ethnic forces, the more recent movements of the last two or three years are unarmed, non-Islamist and above all non-sectarian.

Leaders who assert their authority by claiming a monopoly on the representation of their community need to keep their herd together. It is their only option to preserve their share of the national pie, irrespective of the formal dressing which varies from one country to another. Each leader enjoys a blocking power so as to prevent any actual change, and all agree that nothing should change. They negotiate among themselves the control of certain ministries or sectors of the economy, a port, an airport, a mineral - all of which become heavily guarded areas and guaranteed annuities.

This is the major reason for what is now called the "resilience" of regimes. Respected figures from civil society, often competent technocrats, are called upon to form transitional governments, only to find themselves powerless in the face of the real power-holders. In Lebanon, Iraq, Algeria and Sudan alike, everything is done to ensure that cosmetic changes do not affect the established system.

These kleptocracies are subject to cyclical crises which they have so far managed to curb, but the rate of convulsions is accelerating. The ruling elites are finding it increasingly difficult to keep control of the situation in Iraq, Algeria, Lebanon, and even Egypt, where security agencies have been living since 2011 in the fear of what the average Egyptian might do, far more than the fear of terrorists against which the army is fighting in the Sinai.

Political regimes which have survived the 2011 wave show no signs of openness that would allow a gradual and controlled transition to institutionalized political life. In the face of protest, they barricade themselves and increase the budget of the security apparatus, at the expense of other public sectors, often removing subsidies for vital commodities. They reinforce their security capabilities by forming militias that often find their own sources of funding to operate. In these "political-vigilante systems" (as Loulouwa Al Rachid calls them) of Iraq, Syria, Lebanon and Yemen, Iran is a key player and, more often than not, the actual instigator.

The challenge is to find a way out of these deadlocked situations in which daily life has become unbearable, pushing people to flee, and where else to go if not to Europe. The Global Inequality Index now ranks the Middle East as the most unequal region in the world.

The stage should be reached where religious, regional, tribal and ethnic affiliations cease to be reclaimed by ruling elites. Such immunity is difficult to build. Yet there are many attempts by citizens try to organize on civil or civic bases by forming, political parties or by mobilizing trade unions and professional associations wherever authorities allow them some space. These efforts have remain scattered, with no major figures around whom people are rallying, therefore no viable alternatives have emerged so far.

The Global Inequality Index now ranks the Middle East as the most unequal region in the world.

In the current context, these convulsions are not likely to go away anytime soon. Ruling regimes have their backs against the wall; nothing protects them from the anger of the people except their repressive apparatus and some degree of self-serving connivance of outside powers. None of their political messages are capable of restoring calm. They can no longer count on the apathy of their peoples, yet they no longer truly govern them.

See also
Regions > Middle East & Africa
The Arab Spring a Decade Later: A Balance Sheet
Analysis | 17 December 2020 | Lisa Anderson
Ten years ago - on December 17, 2010 - a small-town Tunisian street vendor set himself ablaze in frustration at official neglect and indifference, sparking the biggest and most consequential uprisings in the Arab world in 75 years. Rulers in Tunisia, Egypt, Yemen and Libya were turned out of...
Next
Regions > Middle East & Africa
Mending Multilateralism: on Getting Worse and Getting Better
Analysis | 14 January 2021 | Marc Reverdin
Multilateralism took many a hit in 2020, and many global institutions and alliances were really put to the test. As the weak points of the multilateral order were exposed, governments and the international community were also provided with several areas for concrete improvement and new courses for...
Next
SIGN UP FOR OUR NEWSLETTER
for a handpicked selection of analyses each week Yes please
Series |
Next
Publication -
Next
Moyen-Orient et Afrique
...
Next
Séminaire réservé exclusivement
à nos entreprises adhérentes
Restricted to
member companies
Next