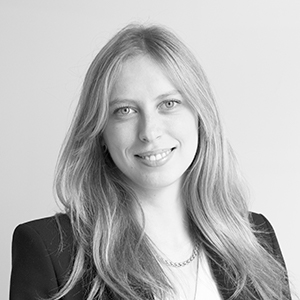 In France, problems relating to poverty, migration and social exclusion tend to be concentrated in lower-income neighborhoods. These districts are subject to preconceived ideas and myths, all too often misconstrued. Iona Lefebvre, Policy Officer for Territorial Dynamics, challenges mainstream ideas, examining what these poorer urban communities look like, their socioeconomic specificities, and why they represent an opportunity for France. She lays out proposals for reform going forward to improve these communities’ living conditions.

The 2022 French presidential campaign has placed the inhabitants of low-income neighborhoods at the center of public debate on immigration, failed integration, radical Islam and crime. The far-right made the most of the electoral event to denounce communities of French low-income suburbs, blaming them for most of France's problems. However the far-right conveniently stayed quiet when it came to suggesting ways to improve the quality of life there, to fulfill the French promise of 'equality and fraternity', and to allow every individual a chance at personal fulfillment. These are conversations worth having but even in the legislative elections, few tried to speak up on these topics.

Building on the recent report L'avenir se joue dans les quartiers pauvres ('The Future is played out in France’s lower-income neighborhoods') published in French by Institut Montaigne in June 2022, this French Brief offers an overview of the burdens of life in these low-income communities as well as policy recommendations to alleviate them.

What do we mean by low-income neighborhoods ('quartiers' in French)?

We define low-income neighborhoods based on household revenue: communities where the median income is equal to, or less than, 60% of the national median wage (1,800€/month). More than half of the population of these neighborhoods live on less than €11,250 per year. These are the neighborhoods that benefit from special urban policy initiatives called "Priority Neighborhoods for Urban Neighborhoods" (Quartiers Prioritaires de la Politique de la Ville in French). The people who live in these communities are two times more likely to be immigrants than the national average and three times more likely to be unemployed.

The people who live in these communities are two times more likely to be immigrants than the national average.

Paradoxically, these neighborhoods receive less state funding compared to any other areas in France. The national aid per capita in low-income neighborhoods is starkly lower than anywhere else in the country with low-income individuals earning €6,100 on average, while the national average stands at €6,800. For example, the department of Seine-Saint-Denis (located in the right outside of Paris in the Île-de-France region) is the eighth largest contributor to welfare funding programs, even if it is the poorest department in France.

The rate of non take-up of social benefits is highest among the poorest population, 43% of which forgo their right to universal income support i.e the "RSA" (Revenu de solidarité active France’s work welfare benefit aimed at reducing the barrier to return to work in French).

Similarly, these neighborhoods suffer from chronic public underinvestment: total public spending in low-income neighborhoods averages a mere €830 per year per capita. Our calculations point to the fact that another €1 billion is needed for security, education and judicial funding alone. In terms of basic social services, these neighborhoods are underserved compared to the rest of the country.

The provision of education and child services in low-income neighborhood remains abysmal:

Healthcare services are less available in low-income communities than in the rest of nation:

This builds off of a first publication called "Les quartiers pauvres ont un avenir" (Poor neighborhoods do hold a future) that came out in October 2020. It recognized such districts as very diverse, each with its own specificities, which public authorities have to adapt to. We identify 3:

Why this issue is an important one for France

This concentration of poverty, migratory flows and economic difficulties worsens the socio-economic situation in low-income neighborhoods. This can create risks of separatism, a "ghettoization" of the country.

Sectarianism ('communautarisme' in French), which many rightfully condemn in French politics, can only grow from the concentration of poverty coupled with inaction from the State to offer greater solidarity. For a long time, the church, and the Communist Party were the only credible allies of working-class neighborhoods. As public authorities (at the local and national level) are faced with challenges to govern, a power vacuum is created.

The most vulnerable members of our society must be those who benefit the most from a massive public intervention.

The risk is that various legitimacy sources emerge in the background of institutional decay. Islamism can thus sometimes be perceived as an attractive alternative to French values. The emergence of so-called "associative actors" should raise alarm. The most vulnerable members of our society must be those who benefit the most from a massive public intervention. This priority must not remain on the margins.

France must deliver on its promises to the people of these neighborhoods who feel increasingly abandoned by the state. How do we allow such a situation to prevail? We need a change here, give hope and a credible future to these communities, particularly to the young people. The most vulnerable members of our society must be those who benefit the most from a massive public intervention. This priority must not remain on the margins.

What do we suggest going forward?

Institut Montaigne offers a plan of action to better the socioeconomic conditions for inhabitants of these low-income neighborhoods. By putting itself in the shoes of a resident’s typical day for 24 hours, it sets out to both describe daily realities and offer solutions. The day stretches from 7am, when children are brought to daycare, to 10pm, when security problems tend to arise. It is fed by testimonies of people across France’s neighborhoods.

We also offer a change of methodology. Rather than investing in buildings, we need to invest in the people themselves. Unfortunately, for the past 40 years, urban policies tended to focus on urban renewal. This does improve the living environment, but does not address poverty’s root causes. By promoting this contractual policy approach, we aim to secure resources over the long term. It evaluates best practices, territory by territory, giving leeway to local actors.

By focusing on the long term, we hope to promote trust towards local actors and develop targeted programs, which take into account the characteristics specific to each neighborhood. By doing so, we believe we can make up for the persistent backwardness in these neighborhoods, and give the necessary tools to the people to regain power over their future.

See also
France | Topics > Social affairs
Understanding French Housing Policy (and its Challenges)
Analyses | 15 December 2021 | Iona Lefebvre
Father Pierre's efforts to help the homeless as depicted in Hiver 54 (a 1989 French movie) contributed to establishing decent housing for all in France, making it a political and social norm. Today, the right to housing is a fundamental right. It is recognized as an objective with constitutional...
Next
France | Topics > Social affairs
The French Brief - The Overdue Task of Understanding France's Poor Districts
Analyses | 30 October 2020 | Hakim El Karoui
At the beginning of October, Emmanuel Macron outlined measures to tackle and combat "Islamist separatism" in France. While the public polarizes around the opposing sides of the debate, and in light of recent tragic attacks calling attention to France’s crisis of secularism, a number of questions...
Next
SIGN UP FOR OUR NEWSLETTER
for a handpicked selection of analyses each week Yes please
Series |
Next
Publication -
Next
...
Next
Séminaire réservé exclusivement
à nos entreprises adhérentes
Restricted to
member companies
Next