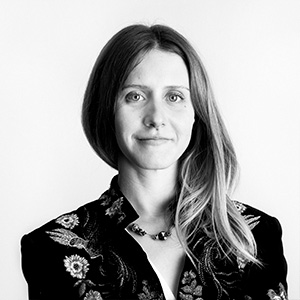 Article 49 of the Treaty on the European Union (TEU) outlines how countries join the EU. This is known as the ‘accession process’. This process is complex and can take several years.

Seven countries are in talks to join the EU: Albania, North Macedonia, Moldova, Montenegro, Serbia, Turkey and Ukraine. In March 2022, Georgia, Moldova, and Ukraine submitted their applications to begin formal negotiations with the EU.

In June 2022, the European Commission granted candidate status to Ukraine and Moldova.

Which countries can become EU members?

To join the European Union, a country must:

How does the accession process work?

There are six phases to the EU accession process:

The length of the negotiation phase depends on each state’s individual application. For example, Finland concluded the process in two years while Turkey, having submitted an application in 1987, is still negotiating (although talks have been suspended since 2018).

There have been five waves of EU enlargement:

Greece and Croatia are the only two countries not to have joined the EU as part of a group accession, in 1981 and 2013 respectively.

According to Article 49 of the TEU, "the applicant State shall address its application to the Council", the EU institution that groups the 27 member states at ministerial level and below.

In practice the applicant State’s ambassador to the EU (also known as the ‘Permanent Representative to the EU’) submits the membership application to the ambassador of the country that holds the rotating presidency of the Council of the EU.

The European Parliament as well as national parliaments are then informed of the application.

Once a country’s formal application has been submitted, ambassadors from the 27 member states, also known as Permanent Representatives to the EU, vote on whether to ask the European Commission to consider the application.

It is mandatory to consult the European Commission, and the vote needs to be unanimous. Without consensus, the accession process cannot move forward.

The Commission can take months or even years to consider a country’s application. Bosnia and Herzegovina, for instance, applied in 2016, but the Commission did not issue its recommendation until 2019.

Finally, unanimous agreement of the Council is required in order to accept the application.

Only after the country’s application has been approved can it obtain "candidate status", and even then there is no guarantee of full EU membership.

Before the start of negotiations, the candidate country and the European Commission establish a so-called "pre-accession strategy".

This strategy helps the candidate country prepare for future EU integration. It includes administrative, political and economic reforms that the candidate must carry out, in order to adopt Europe’s laws (also called the legislative corpus).

The European Commission must be satisfied that the candidate country meets three conditions, commonly referred to as the "Copenhagen criteria":

In order to start negotiations, the candidate country only needs to meet the political criterion. The other criteria can be met during the negotiation phase.

There is also a fourth consideration: the EU must have the capacity to absorb a new Member State.

The European Commission is responsible for negotiating the accession of the candidate country.

The Council appoints a team of negotiators. These are generally staff from the European Commission. The General Affairs Council (GAC) also oversees the full negotiation process.

The sum of EU legislation is divided into more than 30 negotiation chapters. Negotiations of several chapters can take place simultaneously.

The European Commission outlines the progress of candidate countries in yearly reports.

Once the negotiation process is concluded, a "Treaty of Accession" is prepared. The treaty is submitted to the Council, which must approve it unanimously.

Following this, the European Parliament needs to approve the text with an absolute majority.

Finally, the Treaty of Accession must be signed by each Member State as well as by the candidate country.

Once the treaty is signed, the candidate country obtains the status of "acceding country". The country will become a full EU Member State on a date stipulated in the Treaty, provided that all parties have ratified in time.

In the time between the signing and ratification of the treaty, the acceding country benefits from special arrangements.

First, the country is informed and consulted on EU legislation. The country is also able to comment on the Union’s legislative communications and recommendations.

Secondly, it is granted "active observer status" in EU bodies and agencies, where it has the right to speak but not to vote.

Since the Treaty of Lisbon, which came into force in 2009, all Member States are also required to ratify the Treaty of Accession in accordance with their respective constitutions. That means that there is a vote at the EU level and at least one vote at the national level.

In most cases, the national parliament is asked to give its consent. France, for example, could even hold a referendum. Some regional parliaments could also be called upon to voice their opinion; this is the case in Belgium, for instance.

What are the accession prospects of Ukraine, Moldova and Georgia?

On Monday, March 7, 2022, the Council voted to consider the applications of Ukraine, Moldova and Georgia.

All three countries already have extensive relations with the European Union. Each of them signed an association agreement with the EU in 2014, which laid the foundations for close political, economic, cultural and security relations.

Ukraine’s association agreement was fully implemented in 2017. Moldova and Georgia’s agreements have been in effect since 2016.

On June 23, 2022, the European Commission granted candidate status to Ukraine and Moldova. It did not grant candidate status to Georgia though it did issue a list of criteria that, if met, would enable it to begin formal accession talks with the EU.

Negotiations could take several years. This is because there are many factors in play.

Ukraine, Moldova and Georgia all face internal difficulties. Reports from specialized organizations, such as the NGO Transparency International, point to corruption issues in both Ukraine and Moldova. Widespread corruption is hardly compatible with Article 2 of the TEU.

Ongoing conflicts  also represent major challenges when it comes to EU accession. The security environments in Georgia’s South Ossetia and Abkhazia regions, as well as in Moldova’s Transnistria, will certainly come up in the accession processes.

Are there any other considerations?

There is also a certain degree of reluctance for enlargement within the EU.

From an EU institutional perspective, the addition of a new Member State has two consequences.

Should Ukraine join the EU, for example, it would be the Union’s fifth largest country in terms of population size, having an immediate impact on the balance of power within European institutions.

Coherence in the single market

The EU must ensure that the integration of new Member States, especially if done at a rapid pace, does not lead to sudden social, economic and political imbalances between member states.

Finally, some Member States, including France, are in favour of imposing "demands" for the EU in conjunction with enlargement.

This means prioritizing "uncompromising values and an effective market", effectively advocating EU reform before any further enlargement of the Union.

See also
Regions > Europe
Making The Impossible Possible: What Would It Take For Ukraine To Join The EU?
Analyses | 28 February 2022 | Georgina Wright
What seemed impossible a week ago has become possible.  Rarely has the EU expressed such solidarity and unity so quickly. Three days into the war and the EU has imposed two sanctions packages, a no fly-zone for Russian aircrafts and agreed to a €1.2 billion aid package. It has said...
Next
SIGN UP FOR OUR NEWSLETTER
for a handpicked selection of analyses each week Yes please
Series |
Next
Publication -
Next
...
Next
Séminaire réservé exclusivement
à nos entreprises adhérentes
Restricted to
member companies
Next