Influenced by Russia: The Targets and Intentions of Information Operations 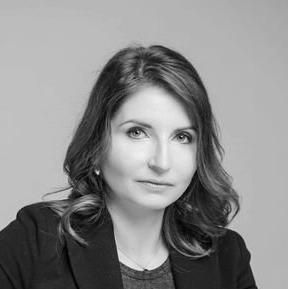 For a long time, Russia has been carrying out information and influence operations targeting political parties abroad. This raises questions around who the targets susceptible to the Kremlin’s messages are, and what they have in common. Is there a populist narrative thread that ties them together? Looking at both parties and electorates, Maria Snegovaya, Postdoctoral Fellow in Political Science and a Fellow at the Center for Transatlantic and Trans-European Space Studies at Virginia Tech University, delves into the conditions and methods that allow Russia to implement its external political strategies. Her observations cover the full political spectrum, both in Europe and the US, and shed light on the nature and motivations behind Russia’s information operations.

What form does Russian interference take when it comes to creating alliances with pro-Russian parties in Europe, across the political spectrum? What is the current landscape of such parties in Europe?

My research classifies parties in Europe as pro-Russian based on their policy stances, voting behavior on specific issues in the European Parliament, as well as on their attitude towards sanctions on Russia. Unlike in the Soviet Union era, when the Kremlin primarily backed up and collaborated with left-wing parties, pro-Russian parties today are quite diverse in their ideological nature. Therefore, I used the Chapel Hill classification of parties in order to place them on the ideological spectrum. Many could be found on the right wing, specifically far-right or conservative parties, while only a few on the left wing. This points to the opportunistic nature of the Kremlin’s influence operations.

Overall, as scholars such as Marlène Laruelle have shown in recent years, there are more pro-Russian parties on the Right than there are on the Left. One reason for such an affinity is that the policies that the Kremlin is currently trying to push for align more with the radical right parties that oppose European integration and aim to undermine the EU and the transatlantic alliance, which are two of Putin’s strategic long-term goals. Another point of alignment with these parties is conservatism. The Kremlin likes to position itself as the last defender of traditional Christian values - which is ironic given how Russia was atheist for about 70 years. However, my own research demonstrates that it’s not just the far right populist parties that are backing Russia. Pro-Russian parties in Europe can definitely be found among many party families, on both the left and right ends of the political spectrum.

To what extent does Russian influence in party politics differ in the US, both in terms of scope and methods?

On the one hand, it is clear that there are parallels and intent to influence both left- and right-wing parties in the United States as well. Most analysts have focused on Donald Trump and far right groups, but Russian influence operations also backed Bernie Sanders and tried to penetrate and influence other groups on the Democratic Party side. They also backed actors from the Black Lives Matter movement, as illustrated by the Mueller Report. Basically, the Kremlin does not discriminate.

The Trump election was a landmark moment for Russian influence operations, as in the eyes of many observers, the United States, a country which has long been considered resilient in the face of Russian influence operations, fell prey to them. The real question revolves around the extent to which Russian operations actually influenced the election results, and that is impossible to answer. What we can say for sure is that such operations and platforms like Wikileaks may have impacted the investigation against Hilary Clinton, which was announced right before the election. However, let’s not forget that American domestic politics are shaped primarily by domestic dynamics. Unfortunately, Russian interference became a partisan issue: each party has sought to politicize it and use it in its own favor. This has made it almost impossible to remain objective about what truly happened.

The geographical proximity to countries in Eastern Europe and the remnants of Soviet legacy also imply more penetration by Russian agents.

On the other hand, the case of the European Union is very different, given Europe’s much tighter links with Russia. Several European countries have a massive oil and gas dependency on it, which has only increased after 2014 despite EU efforts to reduce it. The geographical proximity to countries in Eastern Europe and the remnants of Soviet legacy also imply more penetration by Russian agents and influence operations. In other words, Russia has a stronger leverage on the EU.

The United States and European Union each have their own vulnerabilities. Unfortunately, internal polarization has created structural conditions in both contexts that facilitate the Kremlin’s influence.

To what extent do we see Russian influence go beyond political parties? What form do information operations take, and what drives them?

I would divide Russian influence operations into three categories: economic, political and information. The Kremlin is innovative and tries everything that could work. Economically, Russia uses oil and gas as a geopolitical tool in the EU. It leverages Europe’s dependency on it for its foreign policy. The concept of petro-aggression shows that petro-states become more aggressive and assertive in their foreign policy behavior when oil prices are high. Russian rhetoric becomes escalatory and anti-Western when there’s a spike in oil prices, in line with petro-aggression theory. The current escalation with Ukraine is unraveling against the backdrop of peaking oil and gas prices.

Political influence comes in the form of network-building and individual contacts. The Kremlin corrupts and buys off Western politicians and influencers, usually on an individual basis. It is frustrating that until now European politicians like former German Chancellor Gerhard Schröder, former French prime minister Francois Fillon, or Austria’s former foreign minister Karin Kneissl consider it acceptable to work in Russian energy jobs after they retire. The West has a long way to go in an effort to prevent this from happening. Several current anti-kleptocratic initiatives are aiming to limit the Kremlin’s ability to penetrate European and US politics.

Russian rhetoric becomes escalatory and anti-Western when there’s a spike in oil prices, in line with petro-aggression theory.

In terms of its information influence, reflexive control is an important part of Russia’s external interference: it refers to influencing your opponent’s behavior by providing information that will make them subconsciously act in your favor. While the concept dates back to Soviet times, it has certainly intensified since the advent of social media. There is now a free flow of information and the big media institutions no longer serve as gatekeepers.

The Kremlin information operations involve traditional media channels openly funded by the Kremlin, such as RT (formerly Russia Today), its subsidiary Ruptly, and the news agency Sputnik. However, in a recent report with Kohei Watanabe, we show that due to increased monitoring and regulation by social media since 2016, the Kremlin’s influence operations are becoming better at concealing their origin. Kremlin proxies have tried using more sophisticated approaches: they co-opt authentic domestic voices and institutions to promote their narratives, try to "launder" pro-Russian narratives by concealing their origin, and adjust bots’ and trolls’ behavior to make them appear more authentic. In addition, Russian proxies are moving to smaller platforms where there is lesser monitoring and moderation. But on those platforms, it is becoming difficult for them to build large enough communities to become influential enough to spread the narratives that they want to promote.

While there is some success in countering Kremlin influence operations, their opportunistic and flexible nature and the Kremlin’s readiness to continue its hybrid attacks on the West suggests that the fight will go on.

See also
Regions > America > Europe > Russia
Macron’s Proposals On Russia Could Be Good For The West
Analyses | 25 January 2022 | Michel Duclos | Georgina Wright
President Macron’s address to the European Parliament was supposed to be a highlight of France’s six-month EU council presidency. Instead, his remarks have caused tensions in the transatlantic relationship. Last Wednesday, Macron argued that Europeans should "work on proposals to build a new...
Next
Regions > America > Europe > Russia
Ukraine: China and Russia’s Calculated Mutual Support
Analyses | 14 January 2022 | Michel Duclos | François Godement
The possibility of a China-Russian alliance is traditionally downplayed. Certainly, the two countries already form a "negative coalition" through their UN vetoes, and share an aversion to color revolutions. They trade extensively - Russian arms and gas, Chinese consumer goods. But there is...
Next
SIGN UP FOR OUR NEWSLETTER
for a handpicked selection of analyses each week Yes please
Series |
Next
Publication -
Next
...
Next
Séminaire réservé exclusivement
à nos entreprises adhérentes
Restricted to
member companies
Next