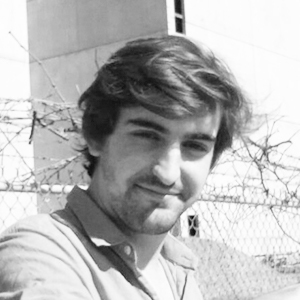 On December 24, 2020, China’s market regulator announced the launch of an antitrust inquiry into Alibaba, sending investigators to the e-commerce giant’s headquarters. Alibaba’s financial affiliate, Ant Group, was since ordered to scale back its operations. This move comes months after financial regulators halted Ant Group’s planned record-breaking USD 37 billion IPO (initial public offering) with less than 48 hours’ notice. These measures amount to an orchestrated attack of Jack Ma’s business empire by the Chinese party-state and Xi Jinping himself, after the entrepreneur openly criticized the state dominance over the banking sector at the Shanghai Bund Summit in October 2020. Ma is not the first tycoon to be targeted by Xi’s administration. Wu Xiaohui, former chairman of the Anbang insurance group, was sentenced in 2018 to 18 years in prison for financial crimes. Ye Jianming, the founder of CEFC China Energy, was also detained in 2018. These moves reflect a willingness to target individuals critical of the political and economic system, as well as to expand control over resources. The Ant Group, in particular, holds precious data on the hundreds of millions of customers of its online payment and lending tools, and controls platforms through which billions of dollars circulate.

While this targeting of leading firms and entrepreneurs makes the headlines, the more systematic ways in which the Chinese party-state has been scaling up its activities directed towards the private sector is less well understood. Chinese Communist Party (CCP) branches in private business are a key element of that effort. In recent years, these party units have not only seen their number increase dramatically, but also their mission shift towards a strengthened role in Human Resources and Management.

Party Penetration of the Private Sector

Party units in private companies are far from a new phenomenon. The 1993 Company Law required all companies based in China, both foreign and domestic, to allow the establishment of units to "carry out the activities of the party," and to provide "necessary conditions" for these units to function. The party penetration of private businesses has rapidly increased in the 2000s, after Jiang Zemin’s call for the CCP to represent "the advanced productive force," and therefore welcome in its ranks China's emerging private entrepreneurs. Under Xi Jinping, party building in private firms has once again become a key priority. The party’s organization department, in charge of managing its massive human resources, issued a document in March 2012 calling for the party to "comprehensively cover" the private sector. This is in line with similar moves in other sectors of society, as the CCP charter was modified in 2017 to include that "Party, government, army, society and education, east, west, south and north, the party leads on everything".

Based on an official survey of Private Enterprises, the attached figure shows the progressive increase in Party coverage of the private sector, with a clear acceleration after 2012. While we are still far from comprehensive coverage, with only 48.3% of the surveyed private businesses hosting a party unit, this is largely due to the small size of these companies which do not employ three party members, the minimum to form a cell. Penetration of large private companies is, by contrast, almost total, with over 92% of China’s top 500 private enterprises hosting party cells. The coverage should soon be total as it is since 2018 mandatory for domestically-listed companies to establish a party unit.

While new data on the burgeoning of party cells in private companies, especially foreign ones, attracts media attention, this is only part of the story. Party cells, which, in a Leninist system, answer only to upper-level party organs and are rarely held accountable by courts or regulators, have so far mainly played a secondary role in private businesses. This includes recruiting party members and organizing study sessions for them, providing welfare assistance to workers, and more broadly, focusing on business-friendly operations, such as training programs or social gatherings for employees. This is now changing as new guidelines published in September 2020 illustrate.

These new guidelines strengthen the party’s co-optation strategy towards entrepreneurs. They expand the recruitment of businesspeople into the party as to "cultivate a team of private economic persons who are resolute in walking with the party", and who can be relied upon "in times of crisis". To do so, CCP units in firms, together with local governments, are to compile "representative person databases and talent banks" to be recruited in the CCP and its representative bodies, for example as leaders of local branches of the All-China Federation of Industry and Commerce. Beyond recruitment, entrepreneurs are to be further educated and monitored to make sure they remain in line with the Party’s positions, but also so they "regulate their own words and actions", "cultivate a healthy lifestyle" as well as work in a "down-to-earth manner and be modest and low-key". It is therefore not only about ensuring the businesspeople political loyalty, but also shaping their working style and public image.

Under Xi Jinping, party building in private firms has once again become a key priority.

n a speech published soon after the aforementioned guidelines, Ye Qing, vice-chairman of the All-China Federation of Industry and Commerce - an organization in charge of linking private businesses and CCP departments - clarified what that entails. According to Ye, firms should strengthen the socialist system with Chinese characteristics by recognizing in their charter the leading role of the party, as well as their support for party work, including through specific funding. While CCP guidelines are not binding on non-party entities, such as private businesses, writing them in corporate charters leads to a legal codification of CCP requirements. The relationship between the party organization and the board of directors should also be clarified. In practice, party secretaries in firms are hence becoming key firm actors. Large firms, in particular, are expected to appoint full-time party secretaries and party workers, as well as to give them "big stage to fully display their talents". These changes to company charters are in line with what the party-state has asked from State-owned enterprises since 2016. Private businesses have expected that the same would be soon asked from them, and some started to amend their own charters as soon as 2017.

Ye’s interview also clarifies another of the September guidelines’ key, yet broad, formulas: firms must "adhere to the principle of the Party exercising leadership over personnel management". It means that firms are expected to ensure that the party organizations have a leading role in hiring decisions by establishing a party-led HR structure. The main goal is to avoid "professional managers promoting whoever they like". It is only after a "comprehensive inspection" is conducted, and appointments are approved by party cells, that they are to be communicated to the Board of Directors, as well as forwarded to the management team for implementation.

Ye also recommends firms to establish a monitoring and auditing structure under CCP leadership. It should ensure the firm’s compliance with laws and regulations, monitor employees and in particular "abnormal behavior" as well as deal with disciplinary violations. Under the claim of building "friendly and clean" relationships between business and governments, the CCP appears to be using its grassroots units to expand its disciplinary apparatus beyond the public sector.

In addition to the quantitative expansion of CCP units in private business, we see a qualitative change in the CCP's penetration of the sector. This evolution blurs traditional distinctions between private and public, by providing means for the CCP to influence the inner workings of private companies, beyond the question of ownership. Party units are hence increasingly playing similar roles in private and state-owned businesses. To better cope with this challenge to corporate autonomy, European companies and governments should increase their understanding of the CCP operations in private businesses and work to ensure greater transparency. Similarly to what happened in 2017, when European businesses and the European Union Chamber of Commerce in China pushed back against efforts from their SOE joint venture partners to insert the party organization in their articles of association, consistent and coordinated response from companies and foreign trade groups is needed to minimize the effect of these measures on foreign businesses operating in China.

See also
Wins and Losses in the EU-China Investment Agreement (CAI)
Publication - January 2021
The EU-China Investment Agreement (CAI) has been oversold and underpowered. What conclusions can be drawn?...
Next
Topics > Economy | Regions > Asia
China’s Mercantilist Recovery After Covid-19
Analyses | 2 December 2020 | François Godement | Viviana Zhu
Facts and figures show it. China, where Covid-19 first rose, and the country which enforced the world’s most rigorous lockdown, is also the world’s only major economy that ends 2020 on a string of economic achievements. GDP YoY growth will be between +2 and +3%, a unique performance and even...
Next
SIGN UP FOR OUR NEWSLETTER
for a handpicked selection of analyses each week Yes please
Series |
Next
Publication -
Next
Asie
...
Next
Séminaire réservé exclusivement
à nos entreprises adhérentes
Restricted to
member companies
Next