Indonesia: Looking Up to Russia, and Away from Europe 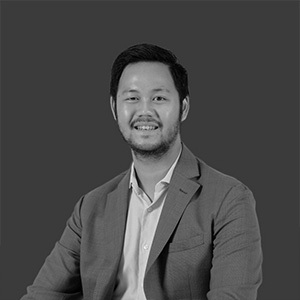 The sixth installment of our series invites you to look at Indonesia’s ambivalent acceptance of Russian aggression in Ukraine. Though it has called for the withdrawal of Russian forces in Ukraine, Indonesia’s economic and political interests, as well as its population’s strong anti-Western sentiment tip the diplomatic scale towards supporting Putin’s agenda. Gilang Kembara, Researcher at CSIS in Jakarta, puts Indonesian reactions into perspective.

Indonesia voted in favor of the March 2 UN General Assembly (UNGA) resolution demanding Russia "immediately, completely and unconditionally withdraw all of its military forces from the territory of Ukraine within its internationally recognized borders”. The Ministry of Foreign Affairs added the country is "part of a small group of resolution makers at the UNGA on the aggression in the Ukraine". What is Indonesia's stance on the conflict? What actions has it taken as part of the group towards the resolution of the conflict?

Indonesia finds itself in a delicate position due to the geographic distance that separates the country from the center of the war. Prior to the invasion, Indonesia realized the conflict would not have any detrimental effect on its relationship with Russia. The country is not in a position to alienate any foreign partners, including Moscow, however heinous or illegal the latter’s actions may be. Indonesia’s political capital cannot be jeopardized, a crore reason explaining why hopes for a unilateral condemnation towards Russia are unlikely.

This is not to say Indonesia does not recognize its responsibility as Southeast Asia's largest economy and as an important regional actor. The country’s responsibility in promoting and maintaining world peace is enshrined in its Constitution, stating that all countries must have their sovereignty respected and all people should be free to exercise their self-determination right. However, acting alone in the face of Russia’s actions in Ukraine would not make a significant difference for Indonesia.

As a middle-power, Indonesia would be more effective to put forward motions alongside other middle-powers, rather than riding solo.

As a middle-power, Indonesia would be more effective to put forward motions alongside other middle-powers, rather than riding solo. Especially those that are intertwined under a multilateral agency like the UN General Assembly. That is the best course of action to shift the balance of power and would posit Indonesia’s official position towards the Russia-Ukrainian war without having to take unilateral actions to condemn Russia.

Indonesia does belong to a small “Resolute Group” but unfortunately information about this group’s size, members or motivations is very scant. Retno Marsudi, Indonesia Foreign Affairs Minister, issued a press release on President Joko “Jokowi” Widodo’s end of June visits to Ukraine and Russia to push for a resolution on the war. These trips were more driven by domestic and economic interests, especially on the need to open up agricultural commodities such as wheat and fertilizer (as one of the largest importers of Ukrainian grain, Indonesia needs a stable wheat supply to maintain the production of wheat-based food, particularly instant noodles).

This is the first such visit by any Asian leader owed to the fact that Indonesia officially assumes the G20 Presidency in 2022. In this context, it needs to prove its ability to chair. Jokowi’s plea for peace stems from the perspective that Indonesia does not want the war to further destabilize the world's economy, which is already faltering due to the COVID-19 pandemic. Jokowi’s visits also indicate Indonesia is in support of the Resolute Group. That being said, there is little talk of this initiative in Jakarta. The public is not informed about what it means for Indonesia to be a part of this resolute group, and the domestic audience's appetite for foreign policy is low. Being informed of a grouping that does not have a tangible effect on the prosperity of the public is of low priority.

There have been reports of part of the Indonesian public expressing support for Russia in the war, especially on social media. How do you explain this support, even though Indonesia voted in favor of the March 2 UN General Assembly resolution?

The Indonesian public is known to have a traditional anti-Western stance in its foreign policy attitudes. This sentiment came at the heels of the postcolonial era, during the Cold War and most of the 21st century. It is rooted in a broader struggle against both European colonization and the United States’ attempt to destabilize the Indonesian government. Anti-Western sentiments were further cemented due to the incessant political instability, which includes the CIA’s covert action in the PRRI-Permesta rebellion in the late 1950s. With the downfall of Sukarno in the late 1960s, the United States actually warmed their ties with President Suharto, which benefited the elite but caused resentment due to the perceived notion that Indonesia's ties with the West failed to benefit the wider public. The country also considers that the capitalist system brought over by the new order era, although beneficial to some, is detrimental to the majority. Compounding on this, US involvement in the Iraq and Afghanistan wars were seen as an attack towards the Muslim community, fueling broader distrust of the West.

Russia is the antithesis of such views. The Soviet Union back in the 20th century was perceived to be a warm ally. It provided Indonesia with financial assistance and military know-how, as well as personal and educational exchanges. It also helped Indonesia regain the Dutch colony of West New Guinea (West Papua) from the Netherlands in the 1960s. Russia is considered to be the spiritual successor of the Soviet Union, an idea which has permeated civil society.

Russia is the antithesis of such views. The Soviet Union back in the 20th century was perceived to be a warm ally.

Both countries maintain close ties. Russia, as the Soviet Union’s inheritor, is perceived as a natural ally for Indonesia and the lead supporter in the postcolonial era. This historic nostalgic sentiment explains why Indonesia views Russia in a favorable light. At the government level, Indonesia has reservations about the aggression but is conscious that the public opinion harbors positive sentiments towards Russia.

There is a final element of disinformation on Russia. Admiration of the country is so deeply rooted in Indonesians’ minds that people are set in their beliefs, making it challenging to convince the public of the various crimes that Russia is guilty of, whether this relates to politically-motivated poisonings (the case of Sergei and Yulia Skripal) or activists’ assassination (like that of Russian journalist Anna Politkovskaya). They might even argue that the United States acts similarly, alluding to General Qasem Soleimani’s unlawful assassination, or extra-judicial killings via drone strikes in Afghanistan, Pakistan and in parts of Africa. The inhumane treatment of convicts in Cuba’s Guantanamo Bay detention camp is also frequently brought up. The public is indifferent as it considers other countries equally guilty.

What consequences of the war are to be expected for Indonesia (on prices for example, which led to Indonesia issuing a ban on palm oil exports)?

There is a causality from the war on rising prices of food and energy in Indonesia, but it remains to be seen how much of this price hike directly relates to the conflict. Before Russian attacks on Ukraine, Indonesia was the second largest importer of Ukrainian wheat, a main ingredient of instant noodles which is a staple food in Indonesia. The price of a small pack of Indomie (a local brand) recently rose to 3,500 rupiah ($0.23 cents) from 3,000 rupiah. This is the latest sign of the way in which inflation is taking a grip on the country. With Ukraine and Russia being top sunflower oil exporters, the war also wreaked havoc on global vegetable oil supplies, causing Indonesia's palm oil prices to soar prompting a cooking oil crisis in the top palm oil-producing place. Instant noodle manufacturers are pushing for the Indonesian government to tackle the rising prices of wheat and other sources of food/energy, or else they risk raising the price of fast moving consumer goods known to be cheap in the country.

Indonesia issued a ban on coal exports. This decision was not directly related to the Ukraine war, but rather was aimed at satisfying domestic demands after supplies at local power plants fell to critically low levels. With an increase in global energy demand (and if domestic demand outstrips foreign needs) it could happen again.

Indonesia’s reliance towards Russian-made weapons has also adversely impacted the nation and will continue to do so in the future.

Finally, Indonesia’s reliance towards Russian-made weapons has also adversely impacted the nation and will continue to do so in the future. Since the turn of the 21st century, Indonesia has diversified armament with Russian Sukhoi Su-30 and Su-27 fighter jets, Mi-35P and Mi-17 helicopters, BMP-3 armored vehicles, anti-ship missiles, as well as other artillery. With the expansion of Western economic sanctions towards Russia, Indonesia has been squeezed out of buying arms in the future.

Past contracts for procurements are still ongoing but future acquisitions have had to be scrapped. The question of how to maintain the Russian fighter jets knowing that maintenance facilities have been sanctioned by the West is a problem, one that Indonesia has not yet delved deep into. It remains to be seen if the country will have to turn to Western-made equipment to offset losses.

See also
Senegal: The "Voice" of Africa in the Russian-Ukrainian Crisis
Three questions to Babacar Ndiaye
INTERVIEW | 1 July 2022 | Babacar Ndiaye
Senegal abstained from the March 2 UN General Assembly vote, condemning Russia’s invasion of Ukraine, yet while visiting Vladimir Putin in Moscow in early June, Senegalese President Macky Sall called for an end to the war. How should Senegal’s posture toward the conflict be understood? For this...
Next
Morocco: A Regional Player
Three questions to Jamal Machrouh
INTERVIEW | 24 June 2022 | Jamal Machrouh
Morocco was among the countries not taking part in the March 2 UN General Assembly vote following Russia’s invasion of Ukraine. This position raised questions in Europe as Morocco is Europe's largest partner in the Maghreb. Jamal Machrouh, Senior Fellow at the Policy Center for the New South,...
Next
Brazil: Agribusiness Before Diplomacy
Three questions to Feliciano Guimarães
INTERVIEW | 17 June 2022 | Feliciano Guimarães
Brazil is the second country of our new weekly series. Between condemning the invasion of Ukraine and calling for neutrality, Brazil’s "ambiguity by design" position is guided by domestic questions. Feliciano Guimarães, Academic Director and Senior Researcher at the Brazilian Center for...
Next
Mexico: Playing Hardball with the United States
Three questions to Luis Rubio
INTERVIEW | 10 June 2022 | Luis Rubio
The invasion of Ukraine by Russia on February 24, 2022, was met with strongly by the West, characterized by remarkable collaboration between the US and Europe in imposing sanctions on Russia and providing assistance to Ukraine. This determination is however not shared by the whole world. Although...
Next
SIGN UP FOR OUR NEWSLETTER
for a handpicked selection of analyses each week Yes please
Series |
Next
Publication -
Next
Asie | Russie
...
Next
Séminaire réservé exclusivement
à nos entreprises adhérentes
Restricted to
member companies
Next