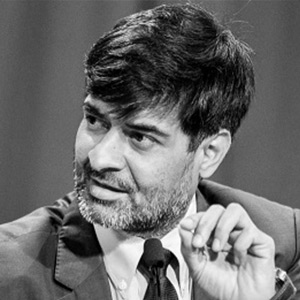 How do you judge China's approach to Eurasia through the Belt and Road policies?

China is the first country in recent times that has created a blue print which recognizes that Europe and Asia are part of one single landmass. Beijing has created intermediate linkages for this "supercontinent’s" markets and communities. As China moves up the industrial value chain, it seeks wealthy European markets as a key consumer of high-end exports. On the other hand, it views smaller states in East Europe, West and Central Asia and South Asia as suppliers of raw materials, geographies for new transportation networks, and dependant markets for its exports of goods, services and labour.

China and Russia have one binding cause—disdain for the international order established by the West.

It has also found, not surprisingly, a willing partner in Russia—whose residual influence in Central Asia and Eastern Europe makes it a key player in an integrated Eurasia. Both countries have one binding cause—disdain for the international order established by the West. With Russia currently on its side (although this is not a certainty over the long term), the Middle Kingdom is able to set the rules of trade, economic development and security in these regions. Its sizable influence in regional organizations like the SCO, the 16+ 1initiative and the AIIB also provide China the institutional leverage to achieve this.

China’s attempts to integrate these continents, however, will not be free of political friction. Some of the sub-regions that inhabit Eurasia - think South Asia - already possess existing balance of power arrangements. In effect, China seeks to disregard these, and co-opt nation states into its Belt and Road network. Already, larger states, such as those in West Europe and India have voiced reservation and disapproval. In India’s case, such protestations led to a prolonged military stand-off in the Himalayas in 2017. These powers will gradually develop alternative propositions and arrangements for their sub-regions and indeed for the supercontinent. The implications of this contest, the changing coalitions and evolving politics and trade relations will define the coming decades for Eurasia.

Can India escape China's orbit for economy and technology in the future?

The resilience of the international system has begun to strain just as India is "emerging" as a global power. The erstwhile providers of security and global public goods, such as the US and Europe, appear to be looking inwards even as India requires technology and finance. China meanwhile, is in the midst of a multibillion dollar geo-economics thrust that is capable of both underwriting India’s economic growth and undermining its influence in regional and global affairs.

In the coming decades, India faces the proverbial catch-22 situation with China. New Delhi must learn how to stand firm against China in the political and security realm, while courting it for new investments and growth opportunities. So far the results are mixed on the latter. Bilateral trade remains a persistent irritant—with Chinese exports dominating the economic relationship. On the other hand, Chinese technology companies and venture capitalists are some of the leading investors in India’s budding technology industries.

Part of the answer will also lie in India’s domestic choices The returns from the economic reforms India undertook in the 1990’s are fast waning. India will have to undertake complex systemic reforms across its political and economic institutions if it is to reap the benefits of the fourth industrial revolution. And it will have to do so while providing employment and social mobility to the one of the world’s largest and youngest workforces.

India will have emerged as one of the worlds three largest economies by 2040, alongside the US and China.

The question therefore is not whether India can "escape China’s orbit." By most estimates, India will have emerged as one of the worlds three largest economies by 2040, alongside the US and China. As it rises, Delhi will provide development solutions to the rest of the emerging world. The question therefore, is whether India can provide effective democratic alternatives for growth and development in the 21st century.

Can the EU contribute to India's frontier technologies and sustainable growth?

The EU can do much more than contribute to India’s economic and technological growth. Both these actors are geographical pillars of the Eurasian landmass, and invested actors in the Indo-Pacific. Both share a commitment to liberal democracy and market based economics (to varying degrees). And both actors believe in supporting a rules based international order through robust institutions.

The EU and India share a commitment to liberal democracy and market based economics.

These realties make India and the EU key partners in shaping a 21st century order. This realization is already dawning on the EU. Just last year the bloc released its "elements for a strategy with India"—the first since 2004. And both sustainable development and innovation are key pillars of this strategy. While currently, India may not possess its own coordinated strategy for the EU, this is not likely to be a permanent state of affairs.

The overall state of the international order certainly adds a fresh impetus to the EU-India partnership. With both China and the US increasingly embracing their own unique forms of nationalism, the world is in need of ‘issue’ and ‘interests’ based alliances and coalitions capable of sustaining multilateralism. In fact, between the EU and India lies an opportunity to find common grounds and positions vis-a-vis both China and the US. Even as the EU and India can, for example, carry forward the Paris Climate Change agenda despite the US’ withdrawal, they can together address and moderate China’s state sponsored mercantilist economic policy.

We are currently in a moment in time, where the EU is roiled by populist politics and India itself is still a relatively small economy preoccupied with nation building. Nevertheless, long term trends favour a strong relationship between the two. It is time for both actors to act rapidly on this opportunity.

See also
Regions > Asia
India on the Eve of Emmanuel Macron’s Visit
Analyses | 6 March 2018 | Institut Montaigne
On 9 March, Emmanuel Macron will travel to India for the first time since the beginning of his presidential term. There, he will meet Narendra Modi, Prime Minister of a country facing numerous challenges, but seemingly finding its way back to economic dynamism.  Which topics will be...
Next
Regions > Asia
Macron’s Travel Diaries - First step: China
Analyses | 8 January 2018 | Philippe Le Corre
Macron’s decision to start off the year with a trip to China carries a symbolic weight, which adds a special aura to his arrival in Beijing. Elected in May by 66 % of the French electorate and supported by a strong parliamentary majority, the President was able to assert his power and authority....
Next
SIGN UP FOR OUR NEWSLETTER
for a handpicked selection of analyses each week Yes please
Series |
Next
Publication -
Next
...
Next
Séminaire réservé exclusivement
à nos entreprises adhérentes
Restricted to
member companies
Next